Upon their Exodus from Egypt, the emancipated Israelites partied a little too hearty at the base of Mount Sinai, as they waited 40 days and nights for Moses to deliver them the laws of the Lord. Their impatience hit bottom, in the idolatry of a golden calf they made. God’s wrath was incurred, but, at Moses’ behest, they were forgiven as they atoned for their sins.

The day Moses alit from Mount Sinai, cradling the Ten Commandments, became enshrined as the Day of Atonement, or Yom Kippur, the holiest day of the year for those of the Jewish faith.

It arrives this Sunday night, Sept. 27, and it marks the culmination of the 10 Days of Awe, which started last weekend on Rosh Hashanah, the Jewish New Year—so welcome to 5781.

Our newsletter delivers the local news that you can trust.

You have successfully signed up for the TAPinto North Salem Newsletter.

One only can assume that whichever sins humankind has committed more recently must look particularly heinous to You-Know-Who, judging by how this year’s been going. (Hint: not very well.)

Instead of a mere 10 Days of Awe, the punishment meted out to us in 2020 now numbers six months of awe, as in awful.

This is one year you don’t have to be Jewish to believe it is an opportune time to pray for forgiveness by atoning for whatever sins you (and we collectively as a society) have committed. Don’t worry. You won’t have to think too long or too hard to recognize them.

As Rabbi Seth Sternstein, our spiritual leader at Yorktown Jewish Center, advises, “Think about what you will say to God on the High Holidays about the present state of the world.”

Not coincidentally, Rabbi Sternstein also invokes the ancient yet ageless wisdom, from a millennium ago, of Maimonides. The classical oracle cautioned that “extremes are unhealthy for the individual.” Are they ever; in today’s embattled country, and world, moderation is so elusive, it passes for the Holy Grail.

By the way, one of the best parts about atoning for your sins on Yom Kippur is you don’t have to blurt out your transgressions for all to hear—you just say them to yourself, silently. Nobody will know, except you—and You-Know-Who.

It’s not just sins we purge, either. The funny thing about fasting on Yom Kippur—remaining food-free and liquid-less lasts 25-plus hours—is that it seems the older I get, the more tolerable it becomes.

You learn the tricks of the trade. For example, coffee guzzlers figure out that if you stop the java jive a couple or three days before the fast, it helps put a pox on the caffeine-withdrawal headache that usually arrives around 3 p.m. on Yom Kippur to mock your forbearance.

In an age enamored of cleansing regimens to rid the body of impurities that impede healthy living, I’m here to tell you that nothing beats the Yom Kippur 25-Hour Detox, certainly not for longevity anyhow. After all, my people have been rockin’ it for more millennia than I can count. (So, take that, Gwyneth Paltrow.)

Here’s a priceless Yom Kippur parable that you won’t find in the Bible, but is nonetheless worth reciting every year. It is a testament to the uniquely sacred place the Day of Atonement holds not just for observant Jews, but secular ones as well.

Game 1 of the 1965 baseball World Series—pitting the Los Angeles Dodgers against the Minnesota Twins—fell on Yom Kippur. The Dodgers’ scheduled starter was their non-pareil ace Sandy Koufax, who was as gifted a pitcher as ever took the mound in the sport’s entire history.

Though he wasn’t a religious Jew, Koufax was keenly aware of his revered public persona, and treated his role model status responsibly. That informed his decision to not pitch the 1965 Series’ opening game. It was his very high-profile—and headline-making—way to make a bold statement about the sanctity of the religion he was born into, even if he didn’t follow all its precepts.

Pitching Game 1 in his stead was Don Drysdale, who quickly gave up seven runs. When he got the hook in the third inning, Drysdale told manager Walt Alston, “I bet you wish I was Jewish too.”

Whatever your faith, wishing you all Shana Tovah Umetukah Ub’riah—a healthy, happy, sweet year ahead.

These Soothing Yoga Poses Will Help You Sleep Better 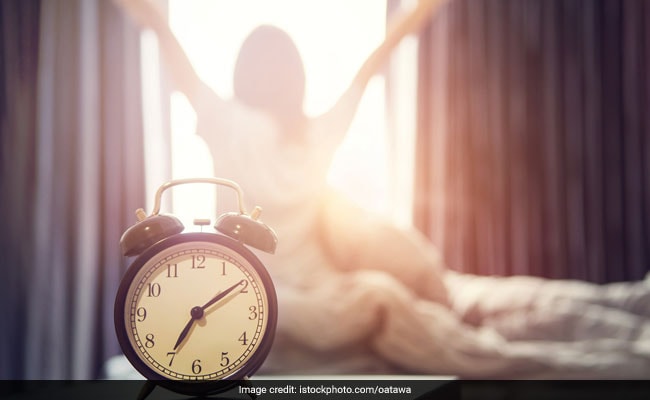