Yoga could help patients manage the symptoms of atrial fibrillation, suggests a new study published and presented at the ESC Congress 2020.

Atrial fibrillation is the most common heart rhythm disorder. One in four middle-aged adults in Europe and the US will develop the condition, which causes 20-30 per cent of all strokes and increases the risk of death 1.5-fold in men and two-fold in women.

Reduced quality of life is common, and 10-40 per cent of patients are hospitalised each year. Symptoms of atrial fibrillation include palpitations, racing or irregular pulse, shortness of breath, tiredness, chest pain, and dizziness.

“The symptoms of atrial fibrillation can be distressing. They come and go, causing many patients to feel anxious and limiting their ability to live a normal life,” said study author Dr Naresh Sen of HG SMS Hospital, Jaipur, India.

This study investigated whether yoga could ease symptoms in patients with atrial fibrillation. The study enrolled 538 patients in 2012 to 2017. Patients served as their own controls.

For 12 weeks they did no yoga. Then for 16 weeks patients attended 30-minute yoga sessions every other day, which included postures and breathing. During the yoga period, patients were also encouraged to practice the movements and breathing at home on a daily basis.

During both study periods, symptoms and episodes of atrial fibrillation were recorded in a diary. Some patients also wore a heart monitor to verify atrial fibrillation episodes. Patients completed an anxiety and depression survey and a questionnaire assessing their ability to do daily activities and socialise, energy levels, and mood. Heart rate and blood pressure were also measured. The researchers then compared outcomes between the yoga and non-yoga periods.

During the 16-week yoga period, patients experienced significant improvements in all areas compared to the 12-week non-yoga period.

For example, during the non-yoga period, patients experienced an average of 15 symptomatic episodes of atrial fibrillation compared to eight episodes during the yoga period. The average blood pressure was 11/6 mmHg lower after yoga training.

“Our study suggests that yoga has wide-ranging physical and mental health benefits for patients with atrial fibrillation and could be added on top of usual therapies,” said Dr. Sen.

(This story has been published from a wire agency feed without modifications to the text. Only the headline has been changed.)

Wed Sep 30 , 2020
WESTFIELD, Mass. (WWLP) – Healthcare workers and community members in Westfield are voicing their concerns over changes at Baystate Noble Hospital. Registered nurses of Baystate Noble announced the results of a community survey at a news conference outside the hospital Wednesday. The survey focuses on community members’ response to staffing […] 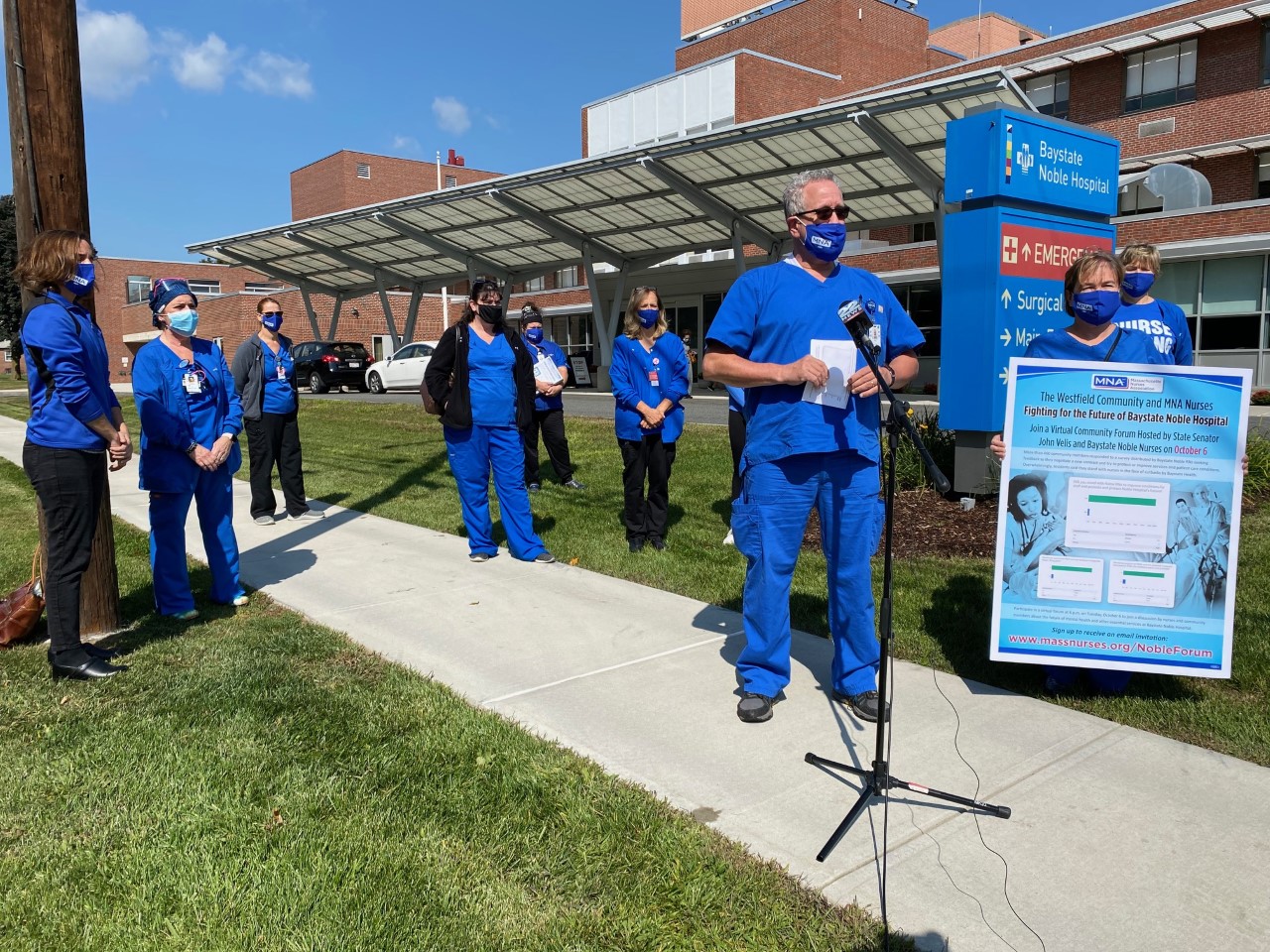