President Trump’s doctor said Trump is not currently on oxygen, but would not say whether he ever received oxygen since his COVID-19 diagnosis.

One potential downside to being president of the United States: too much care.

The concern is that having too much focus and too many people involved could result in overtreatment as President Donald Trump is treated for COVID-19 at Walter Reed Military Medical Center.

Conley said Saturday that he was using a “multi-prong” approach to treat Trump.

“He is receiving all of the standard of care and beyond for routine, international COVID protocols,” Conley said. “He’s the president. I didn’t want to hold anything back. If there was any possibility that it would add value to his care and expedite his return, I wanted to take it.”

Curtis acknowledged that as president, Trump and his medical team would want to have lots of input and options. Even so, other physicians noted overtreatment can be an easy trap to fall into with high-profile patients.

“It is common for people who hold positions of stature to get more aggressive care because there’s pressure to give someone everything imaginable. I would hope his physicians are being very deliberate in the treatment,” said Dr. Russell Buhr, a professor of pulmonary and critical care medicine at the University of California-Los Angeles.

That could explain why the president is receiving relatively aggressive treatment for someone whose physician has described him as “doing very well.”

“I don’t think we can speculate on the reasons behind the care,” Buhr said.

What do you want to know about Trump and COVID-19? We are answering reader questions. Submit your own using this form.

Remdesivir as a treatment: Trump was given it to fight his COVID-19 infection. What to know about it

Once Trump was hospitalized, his doctors began him on a course of remdesivir, a prominent experimental drug in the fight against the coronavirus that some clinical trials have shown can shorten the duration of the illness.

They later added the steroid dexamethasone, which has been shown to be life-saving in the sickest COVID-19 patients, but potential dangerous earlier in the course of the disease.

President Donald Trump and first lady Melania Trump tested positive for COVID-19. Here’s a look at where he traveled the week before his diagnosis.

A number of doctors and researchers reacted with dismay to the long list of drugs and vitamins Trump had been given during andbefore his hospitalization. Many of them have no strong evidence to support their use and none have been studied in combination.

Bad medicine because of the lack of proof, he said, and a bad message because it suggests important people don’t need to wait for the scientific process to unfold before getting access to unproven medicines.

Some medications will be safe and helpful, others will be unsafe and unhelpful or somewhere in between, and only rigorous clinical trials can reveal the difference, Prasad said.

“The best medicine is not to give drugs that have no proof,” he said.

“It is interesting and a bit concerning that they are trying so many therapies that are both experimental and unproven,” said Dr. Alden Landry, an emergency medicine physician at Beth Israel Deaconess Medical Center in Boston. “This is not the typical treatment for patients especially at this (early) stage of the virus.”

All treatments carry risks, and any one of the therapies Trump is taking might be harmful alone or in combination with other therapies, the doctors said.

What Trump has not been given is hydroxychloroquine, the malaria drug he had touted with little evidence and took briefly himself this spring. Studies since then have shown the drug is ineffective against COVID-19 and can be dangerous.

Trump had asked about the drug, Conley said Saturday, but was not receiving it.

Steroids are commonly given to reduce inflammation during an infection, and dexamethasone has been shown to reduce deaths among the sickest COVID-19 patients.

Earlier in the course of COVID-19, steroids can actually be dangerous, though, because they tamp down the body’s immune response, Topol said.

“(My) main concern is the suppression of the immune response he needed,” Topol added via email, “nd throwing in unnecessary, and experimental  drugs and unknown interactions.”

Several doctors also wondered whether adding dexamethasone to the president’s prescription list suggests he is more seriously ill than his doctors have admitted.

“If he IS truly sick enough to warrant dexamethasone and his doctors are not just throwing spaghetti at the wall, then the use of dexamethasone means they are minimizing how ill he is in their public pronouncements,” said Dr. Nicholas Christakis, a physician and sociologist at Yale University, and author of a forthcoming book on the pandemic, called “Apollo’s Arrow: The Profound and Enduring Impact of Coronavirus on

the Way We Live.”

In one British trial, COVID-19 about 20% of patients who needed oxygen and got dexamethasone died within a month of receiving the drug. “You add in Trump’s age and sex and obesity, it is not hard to feel he is facing a risk of death of perhaps 25%,” Christakis contined. “That is quite serious, most doctors would say.”

Conley said Trump received an 8-gram dose of a drug, REGN-COV2, made by the pharmaceutical company Regeneron. It includes a combination of two monoclonal antibodies now being tested against COVID-19. Because it is still considered experimental REGN-COV2 is not yet available to the general public outside of clinical trials.

Dr. James Crowe Jr., who directs the Vanderbilt Vaccine Center in Nashville, Tennessee, said the downside of delivering more than one antibody is that it can dilute the power of the most potent one. The plus side is the virus is unlikely to escape when it is hit by two monoclonal antibodies at once, said Crowe, who is developing a different monoclonal antibody with drug giant AstraZeneca.

Regeneron recently released an analysis of its cocktail in 275 patients, showing it to be safe and to reduce a patient’s viral load,though there’s still no basis yet to conclude whether it is effective.

Dr. Rajesh Gandhi, an infectious disease physician at Massachusetts General Hospital and Harvard Medical School in Boston, said he has given a similar drug made by Eli Lilly and Co. to his patients and is optimistic about the approach.

“We think antibodies are most likely to work if given early,” Gandhi said, which is probably why it was tried on the president so soon after his diagnosis. In many diseases, early treatment is more effective, he said, noting that “although the antibodies are promising, they are still experimental.”

Dr. Ilan Schwartz, an infectious disease expert at the University of Alberta in Canada, agreed that it was reasonable to give Trump the antibody cocktail. “I think there’s enough data to support that it’s probably safe,” he said. “It’s certainly not ready for prime time, but in exceptional circumstances, it would be reasonable (to give to a patient).”

Dr. Eric Topol, director and founder of the Scripps Research Translational Institute in La Jolla, California, said he was surprised at how quickly Trump was able to obtain a dose of the experimental antibody mixture – within just a day of his diagnosis.

“They’re pulling out all the stops,” Topol said. “You just don’t know whether it’s because of the VIP syndrome – doing too much – or whether he’s started to show some signs that it’s taking a toll on his body.”

Remdesivir, sold by Gilead Sciences under the brand name Veklury, is an antiviral developed to treat Ebola that has been repurposed to treat COVID-19. Earlier this year, the U.S. Food and Drug Administration authorized its use in hospitalized patients, and although there have been shortages, the company now promises hospitals will have an ample supply.

Research shows the drug can shorten by several days the hospital stay of patients who are seriously ill, but not in intensive care.

Remdesivir is generally given in a five-day course, intravenously.

Dr. Brian Garibaldi, a pulmonary critical care doctor treating the president, said Saturday that Trump received his first dose Friday night and “our plan is to continue a five-day treatment course.”  It’s not clear whether that means Trump will stay at Walter Reed until he finishes the treatment.

Conley said he tried the combination of the antibodies and remdesivir because the two work in different, complementary ways.

“We’re maximizing all aspects of his care,” Conley said, “attacking this virus in a  multi-prong approach.”

Several of the doctors interviewed by USA TODAY supported the decision to try both drugs, though they noted that they’ve never been studied in combination.

Experts were perplexed by the remainder of items on the medication list released Friday, which included vitamin D, zinc, the antacid Pepcid, melatonin and aspirin. It’s not clear whether Trump continued taking these after being hospitalized.

For vitamin D, research has shown that people who have low levels of the vitamin in their bodies fare worse when they contract COVID-19, but bringing levels above normal appears to do nothing. It’s not clear whether Trump has a deficit of vitamin D, which is produced during exposure to direct sunlight and is also found in some foods.

Data also suggests patients with low levels of zinc in their blood fare worse with COVID-19 than those with normal levels. But again, there is no evidence that supplementing with zinc improves COVID-19 outcomes.

Researchers have suggested that melatonin, a natural sleep aid, may help reduce inflammation and therefore provide benefit to COVID-19 patients, though studies into its effectiveness are just beginning.

The antacid famotidine, sold over the counter as Pepcid, also has been discussed as a possible treatment for COVID-19. The heartburn medicine is generally considered safe, and there is some data suggesting a benefit, but the research did not meet a high standard, and the improvement seen could have happened just by chance, Massachusetts General’s Gandhi said.

The Infectious Disease Society of America’s treatment guidelines, which Gandhi helps write, recommends against using the medicine to treat COVID-19 outside of a clinical trial, “not because it has a lot of side effects – it’s an antacid, it’s available over the counter – it’s just that there’s not good evidence that it has a benefit,” he said.

Aspirin is another head-scratcher, Prasad and others said.

It is not uncommon for people who have had heart attack or stroke to take a baby aspirin a day to prevent a repeat, but there is no evidence the president takes it for that purpose. Because aspirin can thin the blood, it is generally not given to reduce a fever, which Trump had on Friday.

Prasad said he’s not sure why Trump would be given any one of these unproven therapies, no less the combination. “I have some question marks about why he’s taking them,” Prasad said. “They’re not likely to be beneficial.”

Mon Oct 5 , 2020
Source: timesnownews.com We live in an era where being healthy and fit is all the rage and that is amazing. We should all strive to be the best possible version of ourselves. However, human nature is such that we’re always looking for a shortcut to a certain goal, whether that’s […] 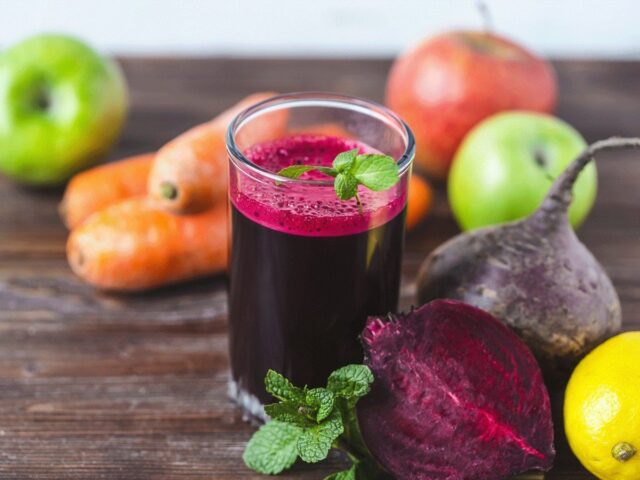