The poster in question was the blandly worded warning to the world that I was infected with covid-19, the virus that has affected more than five million across the country. I was confined to my home for 17 days. It’s a euphemism for being declared a social exile, particularly disconcerting when you live in a clutch of flats. The sole occupant of the flat just across the landing now follows a cleansing ritual whenever he passes my door; his terrace door is only open an inch, and he avoids even glancing in my direction.

Honestly, the selective social distancing has been hardest thing for me to come to terms with, even harder than dealing with the effects of the illness. The brouhaha over the spread of the virus has stoked paranoia among most of us, but not to the extent that we’re cautious enough to voluntarily exercise social distancing or use a mask.

I was lucky that my friends, some of them buddies from my time in school, rallied around me. They took charge of organizing supporting medication, food and more. One of them turned up at my doorstep twice a day. He’d gently place a parcel of food, ring the bell and move away. But for this generous dose of TLC, dealing with the disease would have been a struggle, probably overwhelming.

The next big challenge was explaining to people how I caught the virus. Why I’m asked that question baffles me, given that the best epidemiologists are still guessing why this virus, which has triggered a once-in-a-century pandemic, is so contagious.

Implicit in the question is the suggestion that maybe I was careless, maybe I didn’t follow the mandatory dos and don’ts, maybe it’s my fault. Sorry to disappoint—I have always worn a mask, regularly washed my hands, carried bottles of sanitizer everywhere. Worse, I have often admonished family and friends for failing to do the same. Yet a virus did slip through my guard. Most of the time it is not what you do, but what others fail to do. So the short answer, people: I don’t know.

The detection itself was due to the good instincts of my doctor. The only symptom I had was persistent fatigue, but he sent me off to get a test. The 12 hours before you get the test is the period of denial: “After all, I haven’t got fever, throat ache…”

The first hint I had tested positive was not from the clinic. It was a Delhi government SMS saying they would get in touch. By the time the clinic emailed the report, a government representative had informed me they would arrive with the notice.

On the face of it, my solitary confinement was in many ways an extension of #WFH. As long as I paced myself, juggling work and recuperation seemed manageable, especially after I had overcome a stomach disorder triggered by the virus. I was pumped with a heavy dose of antibiotics to pre-empt any super-infection. I assumed I was past the worst of it.

I grossly underestimated the power of this virus. The fatigue is like an incoming tide, slow and silent, and then all of a sudden, it overwhelms you. This wiped-out feeling was unlike anything I had experienced before. It’s a feeling that stays with you even after you are officially virus-free. And this when the medical conclusion is that I contracted a mild strain. It’s probably the strain we’ll all contract.

Throughout all this, I had one retreat, which together with the TLC, kept me from sinking into despondency. My terrace garden, with its soothing post-monsoon lushness, was a wondrous place. The mornings had the busy chatter of winged visitors of several hues. It was the best start to another day in solitary confinement.

To some extent, the #WFH routine that has blurred weekdays and weekends had prepared me for the confinement of covid-19. Yet, the days are long and the hours longer when you know you cannot leave the house.

Eventually, it ended like it started. I got a call from the local government hospital informing me the poster could be taken down. Officially, I was no longer a social exile but try telling that to my neighbour. By then, I had adapted to a new routine, including checking the oximeter, and not my cellphone, first thing every morning—my new normal.

I’m fairly sure I’ll slip back into old habits again—cellphone first to check the headlines, everything else next, but for now, I am taking the time to listen to the birds in the morning, making the time to be grateful. All things considered, I am among the lucky ones.

Anil Padmanabhan is the managing editor of Mint.

* Thank you for subscribing to our newsletter.

Is This the End of the New York Yoga Studio?

Sat Oct 3 , 2020
On an afternoon in late July, Amy Quinn Suplina met two of her longtime employees in an airy street-front room in Park Slope, Brooklyn, to box up her 12-year-old business. Sitting on balance balls to deflate them, the three reminisced while arranging straps, blankets and bolsters for storage. Since opening […] 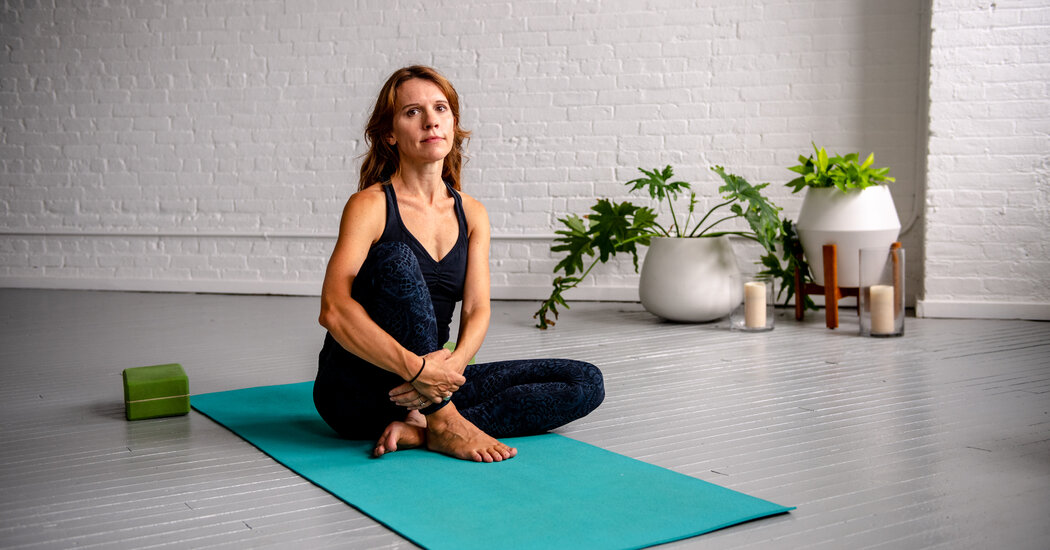