Seane Corn never thought her duties as yoga instructor would one day include warning people about the dangers of an international right-wing conspiracy theory.

The Los Angeles yoga teacher is one of several high-profile Instagram influencers using their platforms to combat the rise of the QAnon conspiracy theory in wellness spaces.

“I just didn’t think that I would be having to talk about things like a cabal of people in the U.S. that are kidnapping children and drinking their blood to gain power,” Corn told As It Happens host Carol Off.

“I never thought that this would be a conversation I would have to have with my community to say, like, ‘This isn’t true. This isn’t happening. Please use more discernment.'”

QAnon is a conspiracy theory that posits that U.S. President Donald Trump is secretly fighting an international cabal of Satan-worshipping, leftist elites who are running a global child sex trafficking ring.

It tends to overlap with conspiracy theories that involve anti-vaccination and anti-mask beliefs, and has roots in anti-Semitism and white supremacy.

Once relegated to the fringes of the internet, QAnon has recently made its way into more mainstream spaces. QAnon supporter Marjorie Taylor Greene recently won the Republican nomination in Georgia’s primary race, and the president himself has referred to the conspiracy theory’s followers as people who “love our country.”

But it’s also started gaining significant traction among people who are into wellness, yoga, spirituality and alternative medicine.

Conspirituality, a podcast that examines the links between wellness and conspiracy, has curated a list of more than two dozen wellness influencers who have alluded to QAnon in their posts.

Corn says she started to notice it creeping into her social media feed at the start of the pandemic, with its followers using “yoga speak” and wellness branding to radicalize people online.

“The colours might be pastel. The fonts are very specific. There’s maybe one post of someone doing yoga. Then the next day it’s their food. The next day, it’s a lifestyle shot,” she said.

“But on maybe the fourth day, there’s going to be a post that says, you know, very prettily “COVID is a hoax” and then a bunch of slides that keep giving misinformation and invite you to another link that then gives you more misinformation.”

For Corn, the conspiracy theory’s proliferation in her community is not all that surprising.

“In the wellness community, there’s often a lot of magical thinking,” she said.

For example, she says people may turn to crystals or prayer as a Band-Aid solution for their life’s problems, without engaging with those problems on a deeper level.

“I think that some of the messaging in QAnon is appealing to magical thinking. People are afraid. Their instincts are telling them that there’s something else going on, but ‘I just don’t know what it is. I think I’m being lied to,'” she said.

“Someone is coming in and saying, ‘Actually, you are,’ and taking them down this rabbit hole.”

Ali Breland, a reporter for Mother Jones who has been covering the overlap between QAnon and wellness, agrees.

“[It’s the idea that] these big powerful interests — these external interests that are beyond us, like Big Pharma, that we can’t conceptualize, are trying to hurt our children … and we need to protect them because no one else will,” she said.

“That’s the prevailing belief of QAnon.”

There’s a lot of women in this community who are sensitive and empathic. And so you bring in, you know, victimized children and you’re going to appeal to that part of them that wants to do something, that wants to engage.’– Seane Corn

Annie Kelly, a researcher who studies digital extremism, recently wrote in the New York Times that QAnon’s “ranks are populated by a noticeably high percentage of women.”

While suburban moms with yoga mats might not be the first image that pops into most people’s minds when they think about online conspiracy theorists, Corn says it actually makes a lot of sense — especially as QAnon followers flood hashtags like #SaveTheChildren.

“There’s a lot of women in this community who are sensitive and empathic. And so you bring in, you know, victimized children and you’re going to appeal to that part of them that wants to do something, that wants to engage,” Corn said.

Risks of speaking out

Corn, with her 100,000 Instagram followers, is trying to stem the tide by sharing posts that attempt to neutralize the disinformation.

Others are also heeding the call. Shannon Algeo, a L.A. yoga and meditation teacher with 25,000 followers, is one of several influencers who shared an Instagram post taking stand against the QAnon movement.

“I have a community that stands behind me, or rather stands with me,” Corn said. “I’m not alone in this effort.”

It’s the kind of stance that could, at best, cost them some of their followers and income, and at worst, invite harassment and even violence.

Last week, a Texas woman was charged with aggravated assault with a deadly weapon after she struck two strangers with her car. According to the arrest affidavits, she believed they were pedophiles. Two people who knew her told the website Right Wing Watch she followed QAnon content online and sent them pro-QAnon messages.

Still, Corn says she has to speak out. She’s already done interviews with the New York Times, Rolling Stone and more.

“I would feel worse being silent. That would make me complicit, and I just can’t live with myself in that way,” she said. “So, hopefully, I’ll remain safe and we’ll see what happens.” 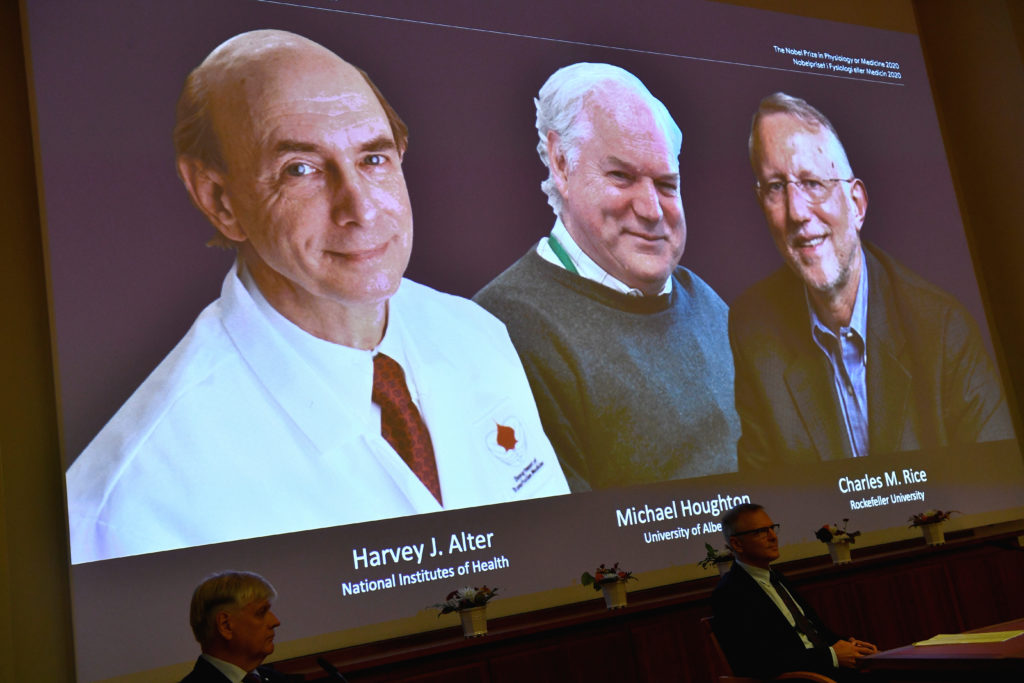 30 Beauty Truths Each Woman Should Know Before She Turns 30