Groton — As the four participants in Patty Serraro’s 8:15 a.m. Baptiste yoga class on Tuesday rolled up their yoga mats and prepared to leave the 90-degree room, they gushed about how much they love their instructor.

“We love Patty. We follow her wherever she goes,” said Andrea Miller, a Mystic resident who has taken classes with Serraro at other yoga studios in the region. She added that beyond the element of physical fitness, “It’s like a classroom of life when you’re doing yoga.”

Laurie Carlson returned to yoga last week for the first time since 2017, and she already feels stronger. Ashlee Felton said it’s “such a blessing” to be able to practice in a new studio, and they talked about how nice it is to be back doing yoga in person rather than online.

She started construction in January with a plan to open in April, but of course, the coronavirus pandemic got in the way. While she was disappointed, she was proud of her work getting other teachers on board to lead virtual classes. She put out virtual classes for free and on a sliding scale, and people joined from as far away as Spain and Israel.

Serraro said Baron Baptiste, founder of the eponymous yoga style, “really showed up big in the pandemic, in the community, for all the affiliate studio owners.”

In the late spring, Serraro was one of about 25 yoga teachers leading 1,838 people worldwide in the online 40 days program, in which participants commit to daily yoga practice, daily meditation, balancing diet, journaling, weekly reading and empowerment.

“Now we’re living in both realms,” Serraro said, as Baptiste Power Yoga Groton is now offering both virtual and in-person classes. She currently has 13 teachers on her schedule, out of 18 total.

For in-person classes, she created a cohort model she calls the “Circle,” in which up to five students can sign up to do the same class at the same time every week for 12 weeks, and Serraro said she sold out 30% to 40% of the classes in that model.

If a class doesn’t fill up, people can drop in to a single class for $18, and class packs are available that can bring the price down to $12 per class. Throughout September, Serraro is offering one free class to teachers and anyone working in the school system.

Without COVID-19 limitations, Serraro would have allowed up to 25 or 30 people per class.

Groton gets a yoga studio

Serraro, 45, has been doing yoga for 20 years, and when she found Baptiste yoga in the early 2000s after trying other styles, it just spoke to her.

“Every movement was super intuitive. The words the teacher was saying, it was like they’re reading my mind,” Serraro said. In the years since, she has found that the style is always challenging and never gets boring.

She explained the style: “It’s power yoga, it’s heated vinyasa yoga. It’s a strong practice … and it’s sort of the best of all styles of yoga combined into one practice, and it’s physical, it’s invigorating, and it’s adaptable to everyone.”

Her yoga practice — and the local and global Baptiste community — helped her get through the sudden loss of her husband, Christian Serraro, from a heart attack while riding his bike at age 36 in 2011. They had two daughters, who are now 12 and 9.

A Fitch High School graduate whose father started working at Electric Boat just before she was born, Serraro wanted to open a yoga studio in Groton, which she called “the engine of the community.”

Serraro got a lot of help on the 1,100-square-foot studio from local carpenter Jason Case, a high school friend she reconnected with in 2014 who is now her boyfriend.

There’s a lot of wood in the studio, and Serraro explained that Case reclaimed the windows and doors from a job site. She said a post on the front desk is from Case’s work restoring the Wilcox Park bandstand in Westerly.

Serraro knows this is a challenging time to open a small business but she feels “undaunted,” knowing that many people can use yoga in their lives.

Persevering through both the sudden loss of her husband and now a pandemic, Serraro’s opening of Baptiste Power Yoga Groton seems to fit with the meaning of the CrossFit gym next door: “Inguz” is a Viking symbol meaning “where there’s a will, there is a way.” 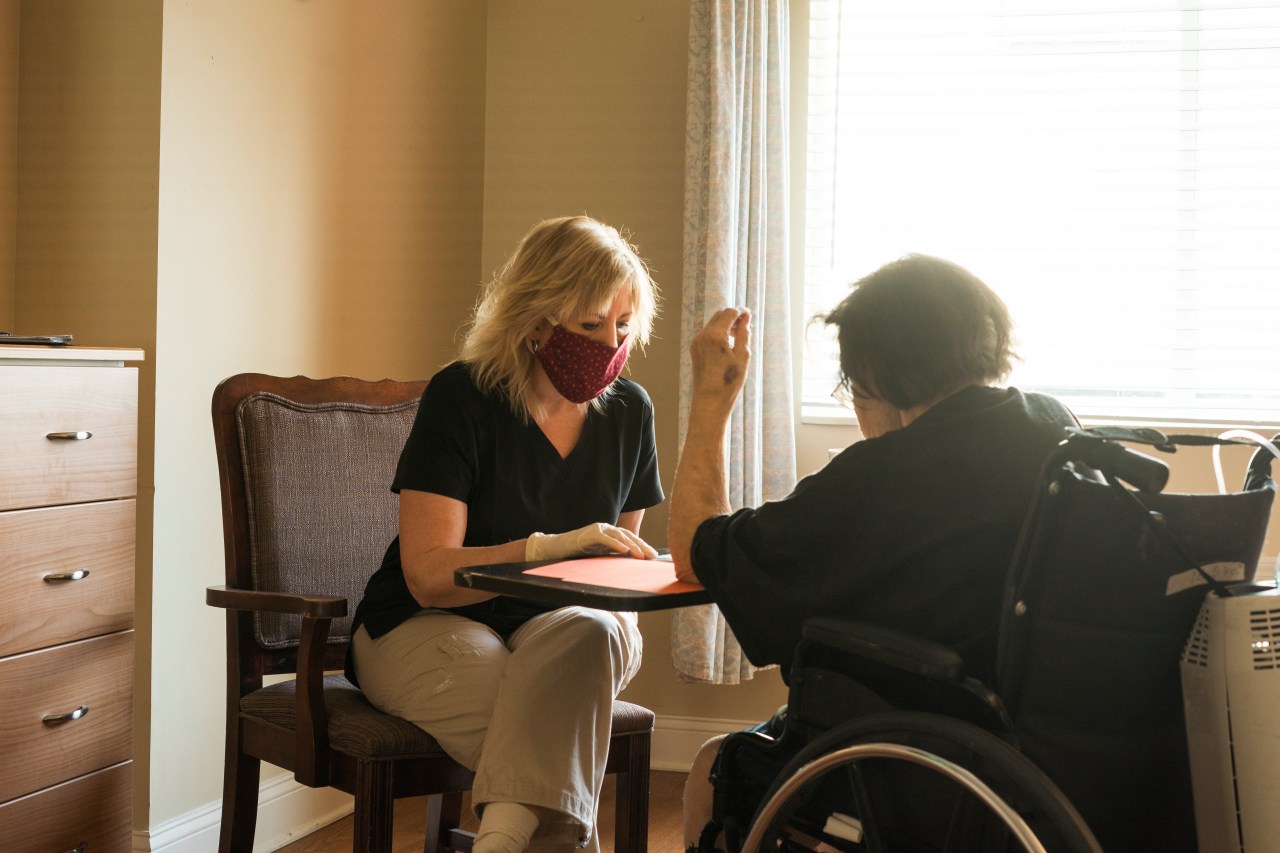