An old residential house, which hosted the district offices of tuberculosis prevention, leprosy and blindness prevention, on the premises of the Government Wenlock Hospital here will be demolished to construct a five-storeyed super-speciality medicine block of the hospital under the Smart City Mission.

Notices have been served on the district offices asking them to vacate from the old residential building.

The old residential building, which is behind the hospital’s Regional Advanced Paediatric Care Centre, belonged to the family of Albuquerque. It was in 1962 that the family gave this house to the District Health and Family Welfare Department for setting up the District Tuberculosis Centre. Subsequently, the district units of leprosy and blindness prevention were also opened in the building.

The District Tuberculosis Centre in Mangaluru was among the 400 centres that were opened across the country as part of the National Tuberculosis Prevention programme. Changes were made to the building to make space for stocking first line and second line drugs. Space was also created for holding training sessions for activists, health workers and doctors involved in the prevention of tuberculosis.

Mangaluru Smart City Limited will construct the super-speciality medicine block at an estimated cost of ₹ 35 crore. It will have a 30-bed ICU, 12 modular operation theatres and a 100-bed post operative ward.

The construction of this new block is part of MSCL’s project to develop the whole campus of the hospital. It has been proposed to widen the road connecting the hospital’s OPD block and the office of the Indian Medical Association, Dakshina Kannada.

Mon Oct 12 , 2020
Scientists from the University of Glasgow are developing new ways to predict who will respond to drugs targeting damaged DNA in pancreatic cancer.  Publishing their findings in Gastroenterology, the team used cells grown in the lab (cell lines) and mini replicas of patients’ tumours (organoids) to identify molecular markers that can […] 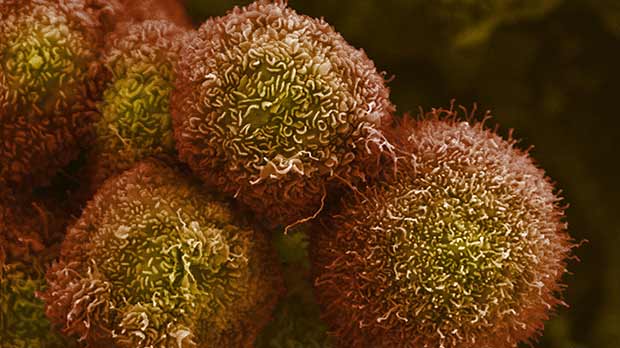