THROUGHOUT THIS STRESSFUL pandemic, Gov. Chris Sununu generally has come across as positive and supportive rather than combative and dismissive.

That changed last week when he was asked at his Thursday COVID-19 briefing about an op-ed piece by Brendan Williams, president and CEO of the New Hampshire Health Care Association, which appeared in the New Hampshire Union Leader.

Williams was critical that $30 million in federal CARES Act money Sununu announced in May would go to nursing homes has “only trickled out,” and facilities with losses have been denied assistance without explanation.

The governor was even more blunt about his relationship with Williams.

“I am not going to comment on the individual. We don’t deal with him. We deal directly with the long-term care facilities,” Sununu said.

“In the most recent distribution, facilities that care for the state’s Medicaid clients and demonstrated losses were denied assistance, including one that battled a major outbreak, while non-Medicaid providers untouched by COVID-19 were given millions in government money,” Williams wrote.

Sununu said every nursing home that applied received grant money based on its profit-loss margin.

“The facility has been made whole,” Sununu said. “That is why there is no additional state funding.”

The governor said he viewed the Williams’ piece as an assault on the state’s COVID-19 response rather than on his own performance.

“Obviously I take some exceptions there because I can be a little bit defensive for our team. (There was) not even a question to our office, validation of the data, the other side of the story, which is a really good story,” Sununu said.

Williams said he has tried and been unable to get answers as to why only about $10 million in grants has been distributed, with less than half of it — $4.8 million — going to 17 of the state’s 74 nursing homes.

“Actually DHHS often relies upon me to get information out to all nursing homes. Sens. (Maggie) Hassan and (Jeanne) Shaheen have called my cell phone for status updates on nursing homes, but I haven’t spoken with Gov. Sununu since the pandemic started,” Williams said.

“I haven’t felt slighted, as I have spoken with others in his administration. It’s also a matter of record that we have contributed to his reelection, so we don’t have some bias.”

Williams took issue with Sununu’s statement that nursing homes have gotten help to “make them whole.”

“I categorically reject any assertion that a facility has been made whole through these grants,” Williams said.

“We very consistently praise the efforts of DHHS, including a nation-leading testing program, and DHHS is part of Sununu’s administration, right?”

We got an early preview of the proposal, which includes replacing Sununu’s Doorways program for those with substance abuse problems with what Feltes called a “Doorway to Recovery,” which would deliver more robust treatment services at the local level.

New Hampshire has among the highest health-care premiums in the country.

Feltes said he would make sure the state spends more to help seniors close the so-called “doughnut hole” they face in paying out-of-pocket costs for prescriptions under Medicare.

“Access to health care is a basic human right, not a privilege. But for far too many Granite Staters the proper care is out of reach. Like Trump, Chris Sununu supported the federal legislative effort to repeal the Affordable Care Act which would rip health care from thousands of Granite Staters,” Feltes said.

“During a co-occurring public health and economic crisis, it is more important than ever that we protect and increase access to health care in New Hampshire.”

Sununu has supported efforts to repeal Obamacare and replace it with regulations that create more competition in the health care market.

He favors retaining some protections, including coverage for those with pre-existing conditions.

Sununu recently repeated his intention not to fill a vacancy on the New Hampshire Supreme Court until after the Nov. 3 election.

The next governor will have several other judicial appointments to make, including a replacement for Bruce Cardello of Plainfield, long-serving justice of the circuit courthouse based in Newport.

Judges must retire at 70 but are eligible, after enough years on the bench, to retire at 65. Cardello reached that mark last June.

“I always tried to do the right thing and to treat people the way I would want to be treated, and I hope I succeeded,” Cardello wrote.

His resignation is not effective until Dec. 31.

Sununu said that because of “partisan politics” on the Democratic-led Executive Council, some potential nominees have asked not to be considered now.

“I have never asked a judge what your political background is. I don’t think there should be a single-issue litmus test,” Sununu said.

As for the U.S. Supreme Court vacancy created by the death of Justice Ruth Bader Ginsburg, Sununu said the GOP-led U.S. Senate should move to fill it.

“Whatever it is, the rules have to be followed, it has to be constitutional and most importantly it has to be civil,” Sununu said of the process.

“The Senate has to find a way to come together and find a way for it not to be partisan.”

The American people are looking for senators to act in the country’s interest and not that of their party or ideology, he said.

“I think over the next six weeks Washington has an incredible opportunity not to blow it,” he said.

“I’m going to win the Executive Council back and Gordon MacDonald is going to be the next chief justice of the Supreme Court” Sununu says in the ad.

Titled “Can’t be Trusted,” the ad opens with candidate Sununu saying, “I’m a pro-choice Republican…. We’ve supported women’s reproductive rights” and goes on to highlight Sununu’s backing of MacDonald and U.S. Supreme Justice Brett Kavanaugh, both of whom oppose abortion.

“Like Trump, Sununu supported judges who could make abortion illegal, and he cast the deciding vote to defund Planned Parenthood, jeopardizing access to cancer screenings and other women’s health programs,” said Amy Kennedy, NHDP executive director. “The reason Sununu and Trump’s agendas look so similar is because they both believe the same thing — women cannot be trusted to handle their own reproductive care.”

As a councilor, Sununu once voted against Planned Parenthood contracts to spur more competition among providers, but he ultimately voted to approve the contracts and has remained consistent in his position on abortion rights.Campaign spokesman Benjamin Vihstadt noted that MacDonald testified at his nomination hearing that Roe vs. Wade is “settled law.” Vihstadt said voters won’t buy the “lies” the Democrats have tried to spread about Sununu’s views on the issue.

“The Democrats are cherry-picking one singular vote from 2015 and fail to mention that subsequent votes — which Chris Sununu voted for — reimbursed the organization for the months in which they did not receive state funds,” he said.

Local election officials say Sununu holds the key to whether results might be known on election night.

Because of COVID-19, 10 times as many voters as usual voted by absentee ballot in the Sept. 8 primary.

Earlier, Sununu signed a state law that for this election only, pre-processing of ballots could include a notation on the voter checklist that someone has turned in an absentee ballot.

Secretary of State Bill Gardner decided that does not permit local officials to permanently mark these people off as having voted.

As we’ve reported, Gardner said voters should have the option to come to the polls early on Election Day with their absentee ballot in hand if they wish to cast a ballot in person.

Manchester City Clerk Matt Normand co-signed the letter, along with clerks from Nashua, Keene, Londonderry, Hookset, Milford and other towns.

They said that because the volume of absentee ballots could be two to three times greater on Nov. 3 than on Sept. 8, they need this change to complete their work before the wee hours of the morning on Nov. 4.

“To be very clear, without the ability to pre-process absentee ballots as we have described above, voters should expect longer wait lines at the polls and we may not see election results in a timely manner,” they warned.

Sununu said he is considering the request, though it sounded as if Gardner will be making the call on this one.

“‘I am very open to the idea of providing the flexibility,” Sununu said. But, he added, “I do try to defer to the secretary of state.”

Meal planning and more: Nutrition tips to get virtual school year off to a healthy start

Sun Sep 27 , 2020
1/10 Limit how much junk food you have in the house and pack healthy snacks in the fridge the night before. Break bad habits with the start of the new school year Use the new school year as an opportunity to hit the reset button on any unhealthy habits you […] 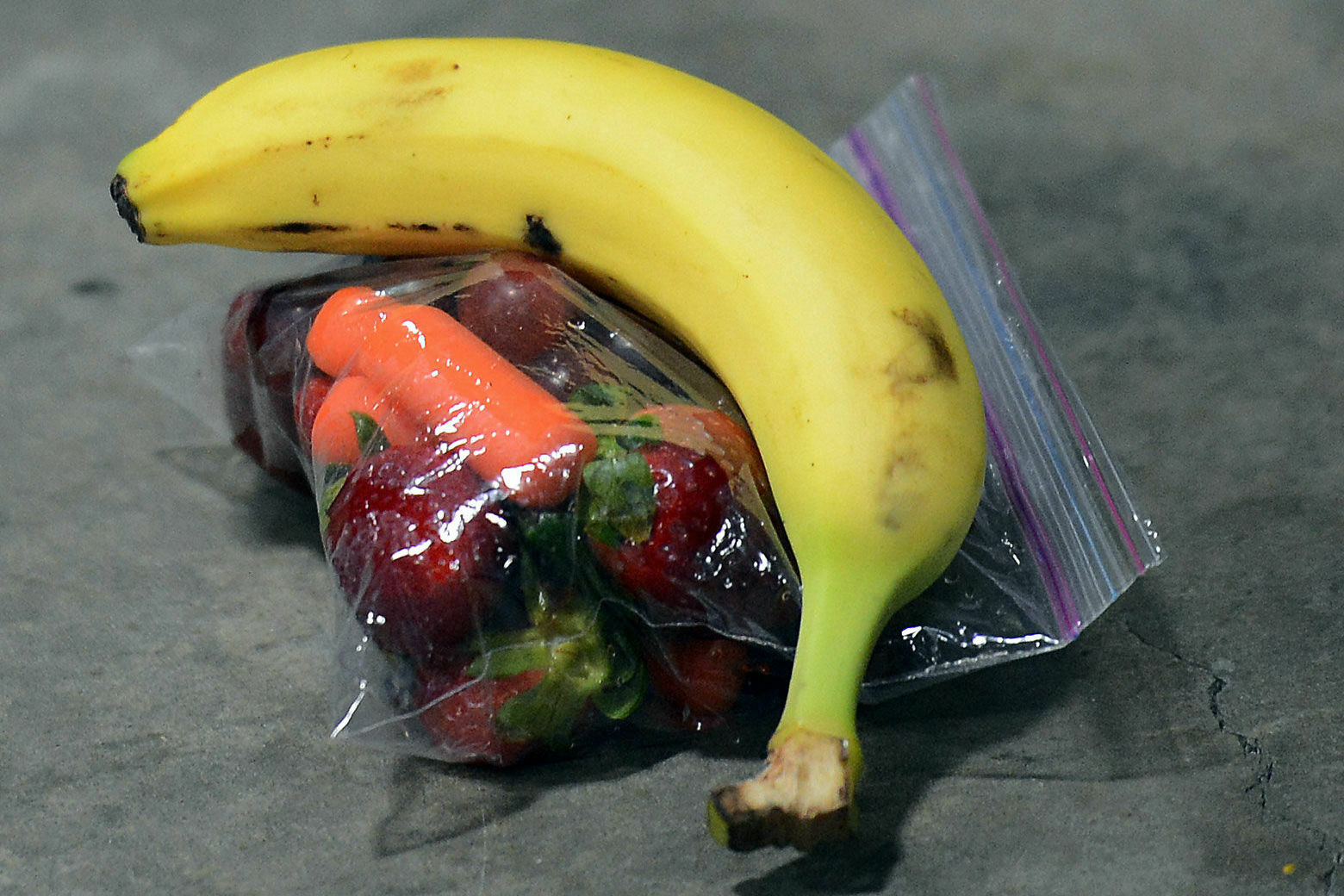