“I’ve been doing yoga twice a week, so I think the somersault helped,” Tonyan joked. “I just got back up on my feet and next thing I know the ball is in the air. It’s crazy Aaron held on to it that long for me to get up and throw it to me. But, yeah, that was crazy.”

With the Packers’ top two wide receivers, Davante Adams and Allen Lazard, sidelined with injuries, Tonyan caught six passes for 98 yards as the Packers improved to 4-0 with a 30-16 victory heading into their bye week. He became the first undrafted Packers tight end to score three touchdowns in a game.

Crazy, but not surprising.

“You can’t help but gain a lot of respect for [Tonyan],” Rodgers said of the 26-year-old from McHenry, Ill., who is in his third NFL season. “And I don’t think it was just myself. There was a lot of people who really saw that and saw he was trying to battle to be out there that he earned a lot of our respect. As far as talent-wise, we always knew. He’s a talented guy, and it’s a just a matter of time before a game like this happens. But talking about respect and trust and being able to count on a guy, we saw that last year with Bobby.”

After the game, Tonyan paused at the start of his video news conference to text his mother. “I love my mom,” he said. “She’s an incredible woman.”

Tonyan had only 14 receptions for 177 yards and two touchdowns in his first two NFL seasons, both with the Packers. (He originally signed as an undrafted free agent with Detroit but was cut before the 2017 season.) Nonetheless, Coach Matt LaFleur was optimistic before this season that Tonyan could take over as the team’s No. 1 tight end.

“We feel really good about Bobby,” LaFleur said (via ESPN) in August. “He worked extremely hard this offseason. You can tell, his body, he looks like he’s in great shape. He’s got a much better understanding of what we’re trying to do on the offensive side of the football.”

Tonyan has responded, posting at least one touchdown catch in three consecutive games. His season totals are up to 13 receptions for 173 yards and five touchdowns, tying Tampa Bay’s Mike Evans for the NFL lead in the touchdown catches.

There’s also the influence of San Francisco 49ers star tight end George Kittle, a friendship ESPN viewers were reminded of Monday night. Tonyan spent the offseason working out and living with Kittle in Nashville. The two also share an agent.

“We’ve been really good friends” since they trained together for the 2017 draft, Tonyan told ESPN in August 2019. “I was going to find somewhere else to live in Nashville, and his wife was the one who was like — you know, all wives are the boss — and she was like: ‘Why don’t you just live here? We don’t mind.’ ”

Granted, it helps to have a quarterback like Rodgers, but Tonyan has shown promise for a while.

“He’s coming along really quickly,” Kittle said last year of Tonyan. “He’s an absolutely insane athlete, one of the most natural people I’ve ever seen catch a football. So when you have that going for you, and he’s an incredibly hard worker, he’s going to find success, which is good.”

Wed Oct 7 , 2020
THIS is the last sighting of a missing Florida yoga instructor who vanished “into thin air” after withdrawing $20 from an ATM. Surveillance footage captured Stephanie Hollingsworth’s last known location inside a Walmart at 5991 South Goldenrod Road in Orlando, Florida. 9 Mom-of-three Stephanie Hollingsworth is missingCredit: Facebook 9 The […] 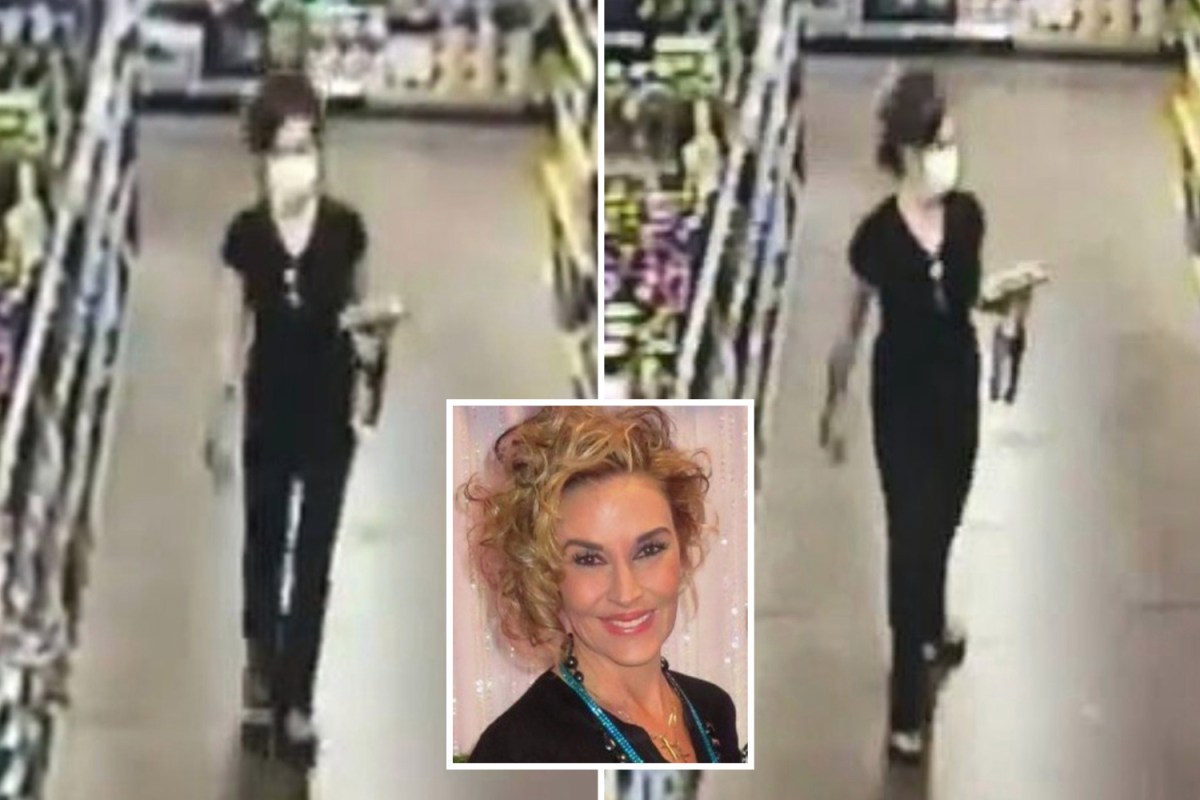