Census pressure and uncertainties caused by COVID-19 continue to threaten the nursing home industry. But at least one major real estate investment trust CEO sees this period as a time of good opportunity for nursing home operators.

In brief, solid things are forged out of fire, believes Rick Matros, president and CEO of Sabra Health Care REIT.

“Everything we’re going through now will help highlight the importance of the industry,” he explained. “When it comes to the policy makers, you have to have some horror stories and some blows. That’s going to have to happen before you get appropriate attention.”

A global health crisis and U.S. public health emergency have provided plenty of long-term care horror. With more than 80,000 nursing home personnel dead — or 40% of the national total regarding COVID-19 — it doesn’t get much more horrific, stakeholders agree.

Ironically, out of this carnage, nursing homes’ profile has been raised, Matros noted in an interview with McKnight’s Long-Term Care News late last week. Matros is one of the most influential execs in the field, and one of its strongest believers in skilled nursing.

“I was really bullish (on skilled care). Now I’m more bullish than I even was before, just because of that value proposition … that I think we’re seen as more critical to the healthcare system than before,” he explained.

What has often been seen as a detrimental anchor — a huge percentage of funding coming from government sources — has now become an asset for the sector, especially in investors’ eyes, he thinks.

That theory may be put partly to test with how much more funding might be coming for nursing home giant Genesis HealthCare, which is teetering toward bankruptcy proceedings. Sabra has drastically reduced its exposure with the company to 2.5%, Matros said. It has not asked for rent relief yet, despite issuing a formal statement last month casting doubt on its ability to continue as a viable business over the next 12 months.

During a second-quarter earnings call in August, CEO George Hager said that despite previous federal interventions, “Genesis and many others in the industry [still] need timely and government-sponsored financial support.” The picture since then does not appear to have brightened.

Looking at the bigger picture, however, Matros said late last week that providers appear to have achieved a pivot in policy makers’ eyes, though when it comes to negotiating Medicaid funding, huge challenges remain because it involves 50 different (state) fronts.

“But just the fact that you can have that discussion and not be shut down within 10 seconds, which has always been our experience, that’s a positive thing,” said Matros, who partook in some of the industry’s toughest lobbying efforts as leader of the chain-led Nursing Home Alliance during the Obama administration and the great recession years.

Sabra in particular has performed better than some others because its acuity levels are “really high,” while its senior living holdings are in secondary markets, Matros said. Traditionally, primary markets are better performers, but during COVID, they are also more likely to have infection outbreaks.

He said the biggest concern is that the break forecast between a first and second wave of COVID-19 didn’t materialize.

“We thought that you would have some business recovery both on occupancy and normalizing the facilities because obviously the driver on the expense side isn’t just PPE. When you have to do everything 1-on-1 in buildings, whether it’s therapy, activities or feeding everyone in their rooms, that takes a lot more labor. So we were hoping there’d be a break between the first and second wave and get some recovery, and then we felt we’d handle the second wave better.”

Occupancy has ticked up slightly over the last two months, Matros said, and that has helped illustrate a new trend all providers can expect: sicker patients. Seniors who have put off elective surgeries and other conditions are going to enter in worse condition, Matros reasoned, based on Sabra’s own results. This will lead to a quicker “revolving door” and shorter lengths of stay, and continue to challenge occupancy.

The convergence of three factors had Matros bullish on skilled nursing before the pandemic hit: the incorporation of the Patient Drive Payment Model, a continued decline in bed supply and rising demographic trends — “which we were already starting to feel some benefit of.”

“Those three things get you to an almost fully occupied industry halfway through this decade, so I do think that bodes really well,” but it will also cause more access concerns, he noted. “The only geographic area where there’s actually development going on for new nursing home beds is Texas. So what’s the government going to do to alleviate the access problem? Right now in most places, there are too many regulatory barriers (to construction).”

He said Sabra’s CCP merger is working out as expected, despite a lot of “initial noise” from the marketplace. “We know a lot of their operators and they fit our philosophy” of higher acuity clientele, Matros explained. “Others have had tenant problems, but you haven’t had that with us.”

He said smaller operators and those with lower acuity patients will struggle most. But by mid-2021, some stabilization should give rise to more industry optimism

“I’m not going to say occupancy will be back, but I think the trajectory will be visible where there will be a comfort level. The reason it will take that long is I think it will be awhile before we get to a comfortable (rapid) testing level. That’s what I’m counting on: frequent testing with the rapid tests.”

Until then, operators who are well capitalized can expect a better fate than others: “If you don’t have the financial wherewithal, you’re in a tough spot.”

Sabra’s Enlivant division, for example, has almost nine months of PE stockpiled in inventory and others are working to get up to at least three months’ worth. This is happening despite lingering supply-chain issues. Matros reported an ongoing scarcity of gloves and gowns, and a continuation of inflated prices.

He forecast that most of 2021 will be spent in recovery mode, so clean analyses of PDPM rates will be tough to complete in time to change rates for the start of the new fiscal year Oct. 1, 2021. Pay rate adjustments probably won’t come until 2022 — if at all, he believes.

“It’s not like RUGs, where it was just a poorly designed system and operators were making a lot more than anyone anticipated. You had this big clawback because it took place during the great recession.

“We don’t think [reimbursement differences] will be egregious,” Matros continued, “so I’m not even sure it will be a clawback as much as a go-forward adjustment. If (payments) are) three or four or five-percent (higher than expected), it’s not a big deal. But if it’s eight or nine or 10 percent, it’s a bigger deal and maybe we make some adjustments going forward. But if it’s low to mid-single digits, I’m not sure a correction will be that much, if at all.”

The co-occurrence of cancer driver genes, key to precision medicine

Wed Oct 14 , 2020
IMAGE: A collection of drug response classifiers based on DCO networks view more  Credit: SBNB lab (IRB Barcelona) Cancer driver genes are those with mutations that are essential for tumour development and spread. Led by ICREA researcher Patrick Aloy, scientists from the Structural Bioinformatics and Network Biology (SBNB) Laboratory at IRB […] 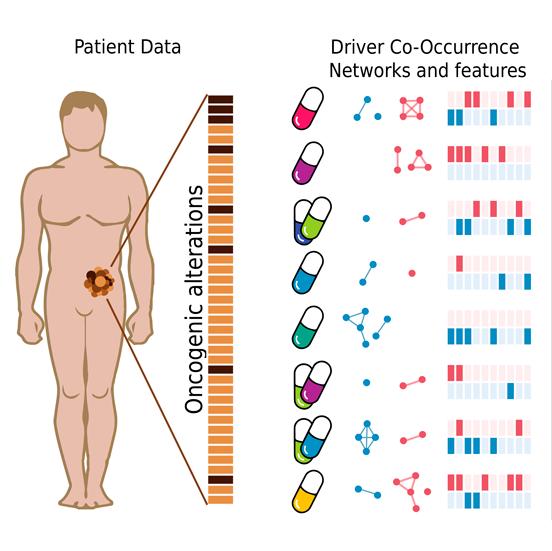