Yoga, which has many benefits for the body and the mind, is notably useful for the prevention and relief of menstrual pain.

But what are the postures that are helpful during menstruation? And which ones should be avoided?

Initially developed by men and for men in India, today, yoga is popular all over the world, and in some cases, has been specially adapted for women.

A case in point is prenatal yoga, but this is not the only specific practice for women.

The discipline, which extends from sports to meditation, can also be of immense help to women seeking to better manage their menstrual cycles.

In online searches about yoga, one question that is often posed is: “Is it possible to practice yoga when menstruating?”

The answer to this is quite simple.

“Not only is it possible, but there are even yoga classes that have been specially designed to help women cope with pain that occurs before, during and after menstruation,” explains Jacinthe Jyothirmayi, a yogi in Paris, France, who teaches a type of yoga that has been designed with women’s bodies in mind.

Yoga is often recommended for women suffering from endometriosis.

Spinal twisting poses (e.g. bharadvajasana, matsyendrasana and marichyasana) can help stimulate the lower abdomen and release tension in the back and shoulders – two areas of the body that are often associated with menstrual pain.

And let’s not forget breathing exercises (pranayama) that can relieve stress throughout the body.

“Poses that allow the tummy to gently rest on the thighs are recommended during menstruation.

“I also always recommend floor poses, like the reclined goddess, the child and the reclining pigeon poses, which are aligned with blood flow and do not solicit areas of the body that might be already in pain,” says Jacinthe.

For her, meditation can also play a key role in the bid to alleviate menstrual pain: “In my classes, I speak of moons rather than periods to encourage awareness that women are in a cycle.

“Ever since we were children, we have been told that it is normal to experience pain during moons. But this is obviously not the case.

“During our sessions, I try to make women understand that they need a moment for introspection that will help us understand why we experience pain,” she says.

To optimise the prevention of menstrual pain, she recommends practising yoga for at least 90 minutes a week. – AFP Relaxnews

Mon Oct 5 , 2020
Face masks, eye protection and scrubs. Undergraduate nursing students, a semester and a half away from becoming registered nurses, already looked the part. Many of the students hadn’t seen each other in person since March since UNC School of Nursing courses are all virtual — other than simulation activities, or […] 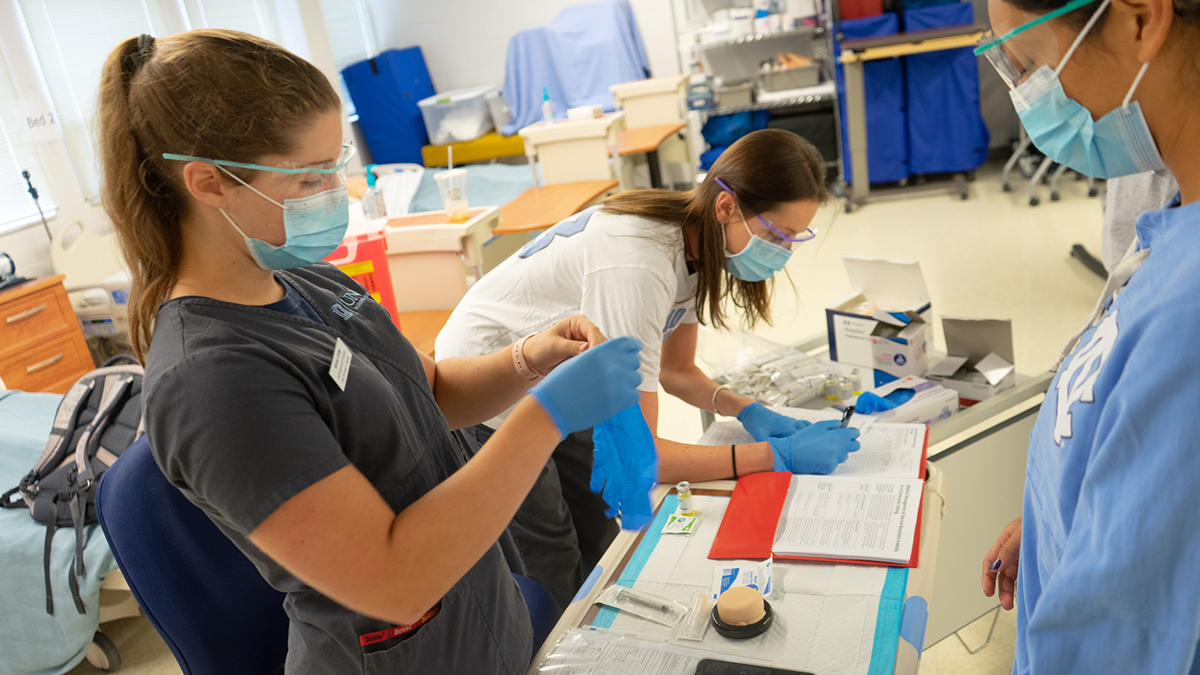