To raise the importance of fitness and commemorate the central government’s ambitious Fit India Movement, on September 24, 2020, on the occasion of one year anniversary of the Fit India Movement, Prime Minister Narendra Modi will interact with host celebrities and fitness influencers across the country, including the captain of the Indian men’s cricket team and Royal Challengers Bangalore, Virat Kohli.

Apart from Virat Kohli, the online interaction will see celebrities like Milind Soman and fitness influencers like Rujuta Diwekar, share anecdotes and tips of their own fitness journey while drawing out guidance from the Prime Minister on his thoughts about fitness and good health, stated a PIB media release.

Virat Kohli is currently in the UAE with the Royal Challengers Bangalore squad taking part in the ongoing Indian Premier League.

“In times of Covid-19 pandemic, fitness has become an even more important aspect of life. The dialogue will see a timely and fruitful conversation on nutrition, wellness and various other aspects of fitness.”

Envisioned by Prime Minister Modi as a people’s movement, the Fit India Dialogue is yet another endeavour to involve citizens of the country to draw out a plan to make India a fit nation, the PIB media release added.

In the past year, since its launch, various events organised under the aegis of the  Fit India Movement have seen enthusiastic participation of people from all walks of life and from across the country. The Fit India Freedom Run, Plog Run, Cyclothon, Fit India Week, Fit India School Certificate and various other programmes have seen combined organic participation of over 3.5 crore people, making it a true People’s Movement.

Mon Sep 28 , 2020
A woman who suffered severe cystic acne following an intense beauty treatment has cleared up her skin within weeks after using a $14.99 facial cleansing bar. Jennifer Wilson, from Queensland, said she forked out thousands of dollars on ‘everything’ to help treat her breakouts including skincare products, laser treatments, LED light […] 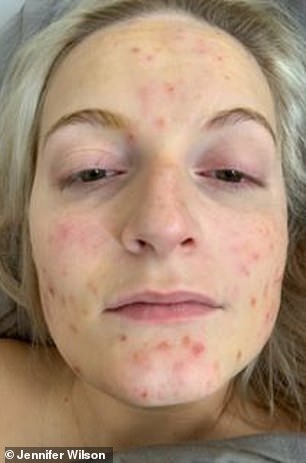