TAMPA BAY, Fla. — The sun was already blistering as men and women of all ages began unrolling their yoga mats under a single large tree on Gulfport Beach on Friday morning. They mindfully kept their stations at least six feet apart, and the spots in the shade were soon gone.

At 10 a.m., Albert Risemberg finished a conversation with one of the practitioners, and strolled to his blanket at the center of the crowd of 15 or so. He picked up a large conch shell, blew it like a horn and, raising his voice to be heard above the screeching of the dozens of green monk parakeets in the tree above, began the latest session of his twice-weekly Moon Landing Yoga class.

What You Need To Know

Outdoor yoga is nothing new to the Bay area. During cooler months, visitors to beer gardens and parks across the region are accustomed to sharing those spaces with groups of bending and stretching spandex-clad figures. Some classes feature goats that will climb onto practitioners’ backs; some take place out in the water, on stand-up paddleboards.

But Moon Landing might be the only class in the region that happens outdoors all year long, and it’s certainly the only local yoga class that’s been doing its thing under the sun for more than half a decade.

“I started Moon Landing about six years ago,” says Risemberg, a 59-year-old home gardener, beekeeper and sustainability advocate. “I had gotten my teacher training, and none of the studios wanted to hire me. So I said ‘OK, I’ll start my own class on Gulfport Beach,’ and I did. And it was pretty popular right from the beginning.”

When the pandemic hit in March, the beaches closed—along with every yoga studio, gym and CrossFit box in the region—and Risemberg was forced to suspend his classes for the better part of three months. When Gulfport Beach reopened and he was able to resume his practice, he had much more company in the summer outdoor yoga arena than ever before. Yoga studios all over the Bay area had moved their classes to practically any space big enough to accommodate a socially distanced crowd, from Curtis Hixon Park in Tampa to the poolside patio of St. Petersburg’s Hollander Hotel. 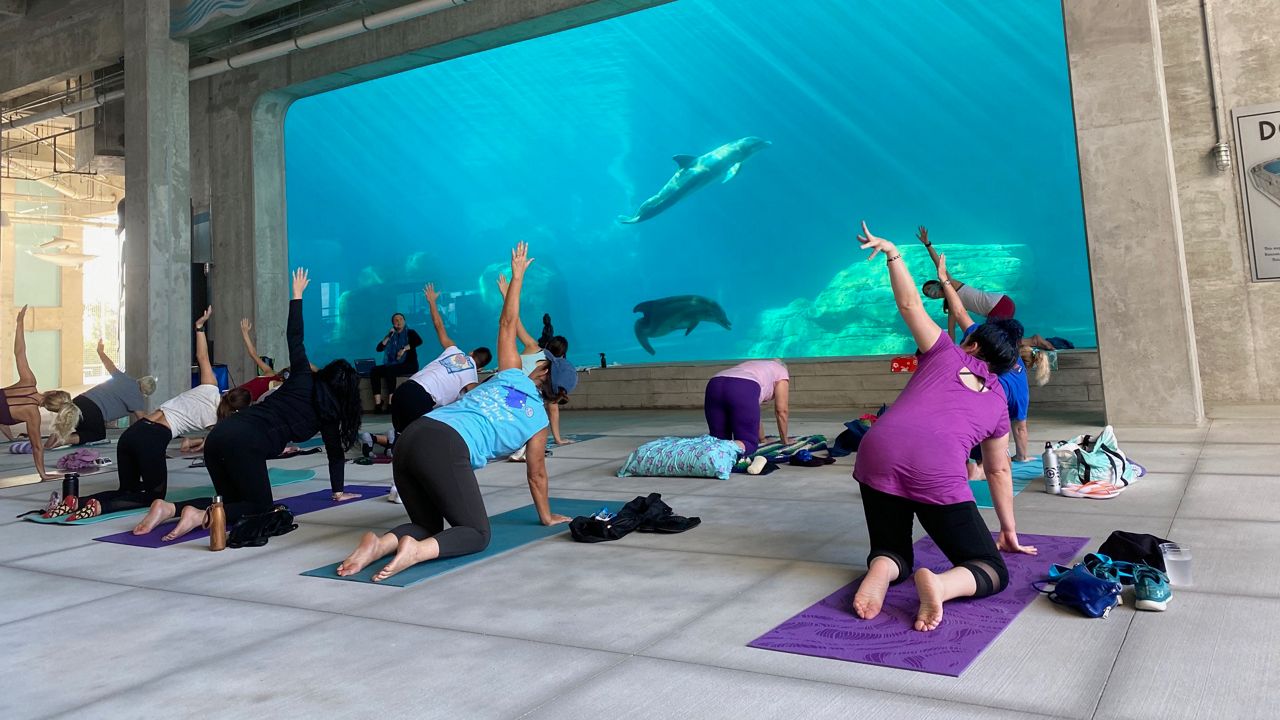 Classes were, and continue to be, held everywhere. Even the Clearwater Marine Aquarium got into the act last weekend, scheduling a Saturday-morning “Nidra” session of guided meditation and light yoga directly under the curious eyes of movie-star dolphin Winter and her pals. Wherever yoga practitioners live, they’re likely to find an outdoor class within an easy drive of home at least once every couple of weeks.

Risemberg isn’t worried about competition, however. His class regularly draws up to 40 practitioners or more, even under the broiling summer sun. Besides, his practice is donation-based rather than being driven by a need to pay studio overhead; for him, yoga is a philosophy, a spiritual pursuit, something that guides every aspect of his life. And he believes his regulars are similarly in search of something more than a workout.

“My class is really more about community building,” he says. “In the Buddhist tradition, it’s called ‘sangha.’ People come to my class not just because they want to practice yoga, but also because they know when they get there they’re going to be amongst friends, and a lot of the people in my class become friends outside of class. I notice that a lot of times people don’t leave right after class, they stay and hang out.”

Plus, it might be tough to find a more perfect place to try to become one with nature, and with others.

“There’s something about the sailboats out there at their moorings… we see dolphins all the time and we’re just steps from the water.”

YOGA ON TAP Every Saturday and Wednesday at 8:30 a.m. until Oct. 31. Hosted by The Body Electric. Hollander Hotel, St. Petersburg.

YOGA IN THE PARK Every Sunday at 10 a.m. through Oct. 25. Between the Hillsborough River and the splash pad, Julian B. Lane Park, Tampa.

SHIFTING WAVES YOGA Tuesdays and Thursdays at 6:30 p.m. In front of the municipal parking lot across from the Waffle House, Treasure Island.

*all classes subject to change or cancelation

Thu Oct 8 , 2020
The Nobel Prize in Physiology or Medicine was awarded to two Americans and a British-born scientist this morning for the discovery of the hepatitis C virus (HCV), a discovery that has “saved millions of lives.” Harvey J. Alter, MD, with the National Institutes of Health (NIH) in Bethesda, Maryland; British-born […] 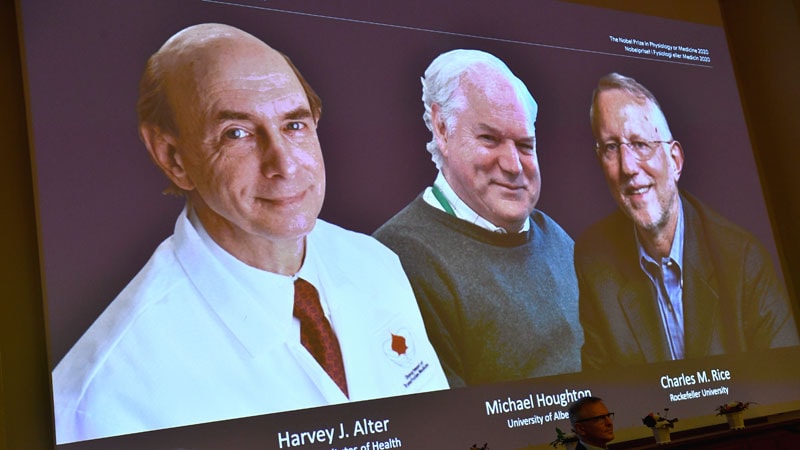