The NHS 111 service has permanently stopped nurses and other healthcare professionals in a clinical division handling calls with people suspected of having Covid-19 after an audit of recorded calls found more than 60% were not safe.


The audit was triggered in July after many of the medical professionals recruited to work in the clinical division of the 111 service sounded the alarm, saying they did not feel “properly skilled and competent” to fulfil such a critical role.

An investigation was launched into several individual cases after the initial review found that assurances could not be given “in regard to the safety of these calls”, according to an email, seen by the Guardian, from the clinical assurance director of the National Covid-19 Pandemic Response Service. In a further email on 14 August, she told staff that after listening to a “significant number” of calls “so far over 60% … have not passed the criteria demonstrating a safe call”.

© Photograph: Ollie Millington/Getty Images
A poster in March advising those with Covid symptoms to call 111.


A number of “clinical incidents” were being investigated, she said, because some calls “may have resulted in harm”. One case had been “escalated as a serious untoward incident with potential harm to the patient”.

NHS England declined to answer questions about any aspect of these apparent safety failings, saying it was the responsibility of the South Central ambulance service (SCAS), which set up a section of NHS 111 called the Covid-19 Clinical Assessment Service (CCAS). CCAS staff are responsible for calling people whose potential Covid-19 symptoms are identified by 111 as serious enough to need a discussion with a clinician.

The SCAS declined to say how many calls had been audited and found not to be safe or provide information about the outcome of the investigations into possible harm to patients. It said that nurses and allied healthcare professionals (AHPs), who included paramedics and physiotherapists, had initially made up only 4% of the CCAS workforce, and that it was now staffed by more than 1,600 GPs and medical staff.

One AHP who signed up to the CCAS told the Guardian the clinical calls involved making critical decisions about whether a person was in a life-threatening condition and needed immediate emergency care. Their training and experience had never involved emergency care, they said, adding they did not feel qualified for the role and were “horrified” by the outcome of the call audit.

In a statement, the NHS said: “Since the start of the pandemic, NHS 111 has provided urgent care to millions of people and all call handlers get appropriate training and can refer patients to a doctor or other medical staff if they need additional help.”

It added: “Nurses and AHPs continue to take Covid-related calls within local 111/CAS [Clinical Assessment Service] providers. It is only nurses and AHPs working within the CCAS that have been suspended from taking calls.” The NHS added the issue regarding the safety of calls was “identified through existing governance processes which include a call audit programme”.

The apparent failures by the clinical division of NHS 111 are likely to reinforce calls from families whose relatives died from Covid 19 for an immediate public inquiry into the performance of the 111 service.

At the height of the pandemic the government instructed the public to call 111, rather than contact their GPs or attend hospitals, as a strategy to prevent doctors and A&E departments being overwhelmed. Nearly 6,000 people were rapidly recruited to be call handlers for a dedicated operation within 111, the Coronavirus Response Service (CRS). Mostly the CRS was staffed and operated by private corporations contracted by the SCAS on behalf of the NHS.

The Covid-19 Bereaved Families for Justice group says hundreds of its members’ relatives called 111, as instructed, when they were critically ill, but were given inadequate advice, with some being told to stay at home and take paracetamol and then dying shortly afterwards.

NHS England and the SCAS both told the Guardian in statements that call handlers for the CRS were “carefully selected, screened and trained”.

However, the Guardian has interviewed three people who worked for 111 at different sites across England and say they were given the job after a relatively brief conversation with a recruitment agent and negligible training. Two worked for the French corporation Teleperformance at call centres in Gateshead and Ashby, and the other for the French-US call centre giant Sitel at a site in Newcastle.

The two employees who worked for Teleperformance said they had only an induction session on their first morning, which was mostly about the company they were working for and the building, and involved minimal training in Covid-19 symptoms or handling calls from the public. The handler in Ashby said when he began work he did not even know how to operate the phone system.

In normal times NHS 111 call handlers have a minimum of six weeks’ full-time training, including classroom-based learning and call centre coaching, according to a job description seen by the Guardian. The NHS said the classroom training in fact lasts just two weeks before handlers “start to take live calls under supervision”. The job description sets out 33 main duties and responsibilities, including operating the NHS Pathways computer system that triages people according to clinical needs, and talking confidently to distressed, sometimes abusive patients in “safeguarding or life-threatening situations under pressure”.

This level of training and clinical governance was not required for new recruits to the 111 service during the pandemic.

The Teleperformance employee in Gateshead said that on the same floor that 111 calls were being handled the company was handling calls for the clothing company Asos. They said they were told to follow a flowchart in a Word document that explained how to handle 111 calls. It asked for people’s symptoms and led to an outcome, they said, adding it usually concluded that they should stay at home if they had symptoms unless they were acutely short of breath.

Sitel did not respond to questions from the Guardian. A Teleperformance spokesman said its service involved call handlers giving “standard information based on NHS scripts”, and that all employees “were provided with a training programme designed according to NHS guidelines”.

“It is a joke to say we had a training programme,” the Teleperformance employee in Gateshead said. “I didn’t even have time to read the flowchart before I started taking calls. The first call I had, the person was in distress. The flowchart led to advice that he should stay at home and rest. It was horrendous; there were a lot of young people taken on, some weren’t taking it seriously. It breaks my heart to read about these families whose loved ones died after calling 111.”

The SCAS said CRS call handlers used an algorithm based on the NHS Pathways system. “The algorithm the call handlers used was updated with approved changes in line with Public Health England advice, as we learnt more about the virus and its symptoms.” The algorithms now were “more robust as a result of the learning in wave 1 of the pandemic”, the SCAS explained.

Jo Goodman, co-founder of the bereaved families group, said: “The revelations about the NHS 111 service are really shocking and upsetting for anyone who has lost a loved one to the pandemic. The more we hear, the clearer it becomes that those taking calls from individuals in life-or-death situations were terrifyingly ill-prepared for that crucial role. As cases are rising, we have to ask whether any lessons have been learned to ensure that this doesn’t happen again.”

The Labour MP Kate Osamor, a campaigner for reform of the 111 service even before the pandemic, said there had been “a major failure of governance”, and called for a full, independent public inquiry.

• This article was amended on 1 October 2020 to add further details provided by the NHS after publication, including about the audit, the call handlers who were affected, and their period of training.

Fri Oct 2 , 2020
Kundalini yoga can be helpful for patients with generalized anxiety disorder (GAD), but it is not as effective as cognitive-behavioral therapy (CBT), the current first-line treatment for the disorder, new research suggests. The three-arm randomized study of adults with GAD showed that those who participated in this type of yoga […] 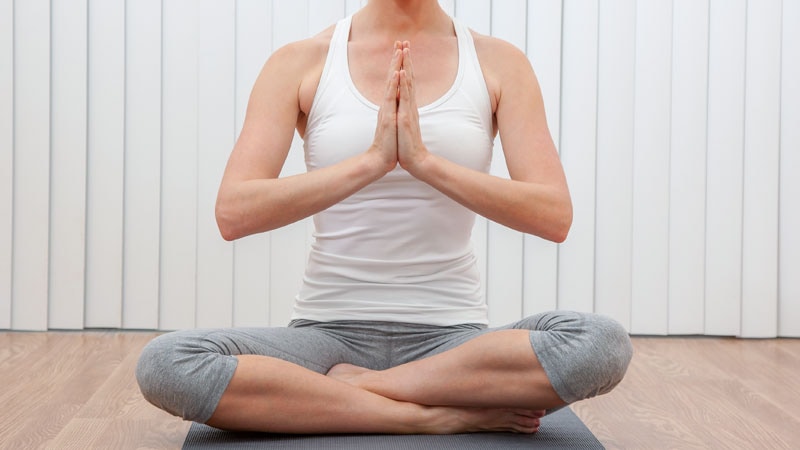