The New England Journal of Medicine made a rare political move Wednesday, publishing an editorial by dozens of U.S. editors who denounced the Trump administration’s handling of the coronavirus pandemic and said this election “gives us the power to render judgment.”


The editorial, titled “Dying in a Leadership Vacuum,” does not explicitly endorse former Vice President Joe Biden, but the editors’ message is clear — the current leadership must change.

“Our current leaders have undercut trust in science and in government, causing damage that will certainly outlast them. Instead of relying on expertise, the administration has turned to uninformed ‘opinion leaders’ and charlatans who obscure the truth and facilitate the promulgation of outright lies,” the editorial says.

“Anyone else who recklessly squandered lives and money in this way would be suffering legal consequences,” the editorial added. “Our leaders have largely claimed immunity for their actions. But this election gives us the power to render judgment.”

The editorial notes that, while some deaths in the U.S. were inevitable, tens of thousands could have been saved with a better response.

Meanwhile, President Trump is claiming personal victory over the virus, saying he feels great as he presumably continues to still be shedding the virus. The president said it was a “blessing from God” that he contracted COVID-19, so he can encourage greater access for the experimental drugs he used.

“I feel great. I feel like, perfect,” the president said in a four-minute video posted to Twitter. “I think this was a blessing from God, that I caught it. This was a blessing in disguise. I caught it, I heard about this drug, I said let me take it, it was my suggestion. I said, let me take it. And it was incredible the way it worked, incredible. And I think if I didn’t catch it, we’d be looking at that like a number of other drugs. But it really did a fantastic job. I want to get for you what I got. I’m going to make it free, you’re not going to pay for it.”

Meanwhile, “isolation carts” have been set up in the West Wing, where staff can pull personal protective equipment in order to interact with the president.

Sat Oct 10 , 2020
My role as a clinical nurse leader has provided me with the opportunity to observe patient interactions, meet with patients about their experiences, and coach and mentor staff members. Molly Conklin, B.S.N., RN, PCCN, is one of many excellent nurses I have worked with in my career, but what stands […] 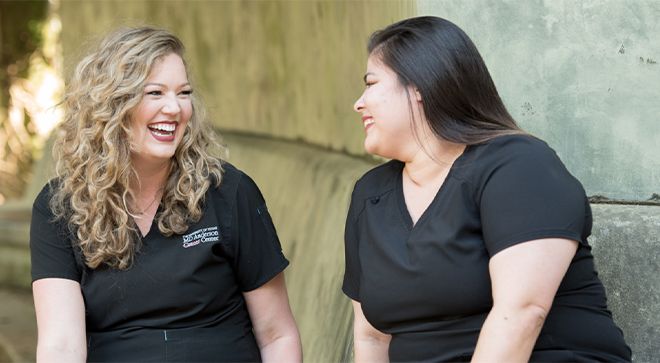