Yoga students are being spaced farther apart and instructors are using new methods of teaching class as studios struggle to balance the social experience of yoga and public safety during the pandemic.

Lisa Selby, a student at Trilogy Wellness, says it was fun watching instructors and students interact over Zoom when classes were forced to use the virtual meeting platform in March. The experience was new for everyone.

“Seeing the studio in the background is very bittersweet,” she says. Trilogy has since resumed in-person classes, as well as offering a virtual option.

“My studio has also started holding socially distanced classes outside, in parks,” Selby continues. “That has been amazing; I really enjoy seeing my friends in person, from a distance.” She prefers doing yoga in nature.

“You get so much more out of yoga when your instructors are people you are inspired by, connected with and love,” she says.

On March 16, Urban Body Yoga went to online-only classes. By Memorial Day, the business began to offer in-person classes at its studio at10329 Illinois Road along with online options. But that doesn’t mean things are back to normal.

“This crisis has been horrible for yoga studios, and the fitness industry as a whole,” owner Jamey Banowetz says.

Banowetz says business at Urban Body Yoga this summer is slower than usual due to COVID-19. Urban Body Yoga is operating at 30% capacity, which she is happier with than being closed.

Urban Body Yoga follows the state’s guidelines for fitness facilities and does temperature checks of each staff member and client, Banowetz says.

Christa Smith, founder of Simply Yoga at 10812 Coldwater Road, turned to virtual calls to continue her classes at the start of the pandemic. There was a great turnout at first, but attendance declined within three months, she says.

Though the virtual classes are $5 cheaper than the $15 in-person fee, Smith suspects her usual attendees have turned to online alternatives such as videos on YouTube to avoid costs. There is still little interest in the virtual option from Simply Yoga, according to Smith, who has also seen a decrease in attendance for in-person classes now that the studio has reopened to the public.

“We are doing everything to ensure our students’ and staff’s safety, such as wearing masks in and out of the studio, social distancing (we even spaced mats 6 feet apart) and sanitized daily,” she says. “We try to communicate our precautions to make people feel more at ease, but we realize it’s still very scary for a lot of people.”

Baptiste Power Yoga’s local affiliate was seeing an increase in attendance after it opened nine months ago, according to co-owner Sarah Evans. Since the pandemic, the layout of classes has changed and the studio at 1301 Lafayette St. added a virtual option, which has offered its share of bumps.

“We were once a studio that would lay mats side by side,” Evans says. “Sometimes we would create a playful community by having students reach for each other for support in balance poses or high five in class for encouragement.” Now, instructors stand at the front of the studio next to their computer.

“I’m amazed every day at the resiliency of people,” Evans says. She says her classes sometimes will take place outdoors in the community to maintain that personal connection.

Evans says Yoga students take part from all around the country and Canada via Zoom. She faces issues with the virtual choice like glitches and bad connections, but believes more people are joining yoga classes because of the virtual option.

Smith says she hopes COVID-19 becomes a thing of the past in the next couple of months, but she knows that’s not realistic. Smith hopes Simply Yoga will remain open to the public.

“I think now more than ever people need yoga,” she says.

Chief of staff: Next 48 hours critical for COVID-stricken President Trump. Pentagon: no change in posture.

Mon Oct 5 , 2020
President Donald Trump’s doctor said he is doing “very well” as he spends the weekend at Walter Reed National Military Medical Center for treatment of COVID-19. Navy Commander Dr. Sean Conley, physician to the president, said Trump has been fever-free for 24 hours as he updated the nation on the […] 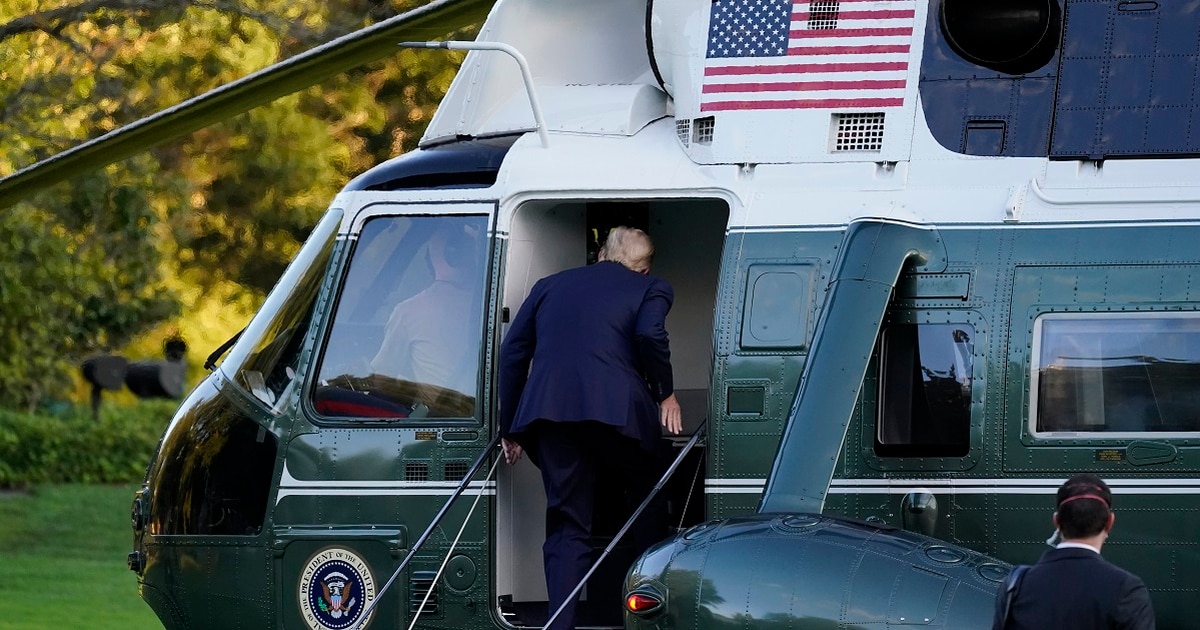