Jeremy Ethier, kinesiologist, fitness trainer, and founder of Built with Science, is all about effective and efficient training. He believes that you should be seeing progress from your workouts, that’s a problem—so he makes it his business to present many solutions. He’s shared his wisdom about how to build muscle without lifting heavier and the warmup you should be doing for faster gains. Now, he’s focusing on your delts, and why you may not be experiencing the gains you want when you do lateral raises.

“The delts for many are an extremely stubborn muscle group to develop,” says Ethier. “More specifically though, most of us have no problem developing our front delts from all the pressing we do. The side delts however is where we struggle, which is frustrating because this is the region of the delts that gives us that wide, tapered look most of us are after.”

According to Ethier, the lateral raise is one of the most mis-performed exercises in the gym.

“Very rarely do we see lifters in the gym actually execute this move properly, and instead they end up training other muscle groups instead of the target, the side delts,” says Ethier. “Besides using too much momentum and swinging front-back and side-to-side during the movement, one of the lesser known culprits that’s taking over is the upper traps.”

Ethier says that many lifters shrug their traps up to assist the weaker side delts with raising that weight up, developing a pattern of firing the upper traps whenever they raise their arms out to the side.

To avoid doing this, Ethier suggests doing this ‘mindful exercise’ to get you out of the habit of recruiting the upper traps whenever you raise your arms to the side. To do it, take a seat and hold a five pound dumbbell in one hand (or even just use no weight at all to start out.) From there, very slowly raise the weight up at about a 45-degree angle in front of you. Keep your upper traps soft and relaxed, and don’t tense up.

“As you raise, think about actively pushing your shoulder down and depressing your traps as you raise the weight up. The main goal of this exercise is to be able to do a full rep up to parallel successfully without tensing up the upper traps,” says Ethier. “Focus on gradually increasing the range and load in small increments. Then, move to the standard dumbbell lateral raise with two arms raising simultaneously, while still applying the same tips and mindfulness.”

A few cues that will help:

There are also other lateral raise variations you can use.

Exercise 1: Incline Lateral Raise
“Lay on an incline bench and raise your arms up at about a 45 degree angle. The bench helps provide you with a little more stability and the resulting body position you’re in puts the upper traps in a less favorable position, which both result in more side delts involvement and less upper traps,” says Ethier.

He suggests going light on these, with 5 to 10 pound weights.

Exercise 2: Lying Cable Lateral Raise
“By performing this lateral raise lying down with cables, we’re able to favour the side delts a little more while providing a constant resistance through the whole range of motion of the side delts.

Want some extra tips for your lateral raise? Check out this guide for the MH-approved method of performing the exercise.

Emily Shiffer
Emily Shiffer is a former digital web producer for Men’s Health and Prevention, and is currently a freelancer writer specializing in health, weight loss, and fitness.

Mon Sep 28 , 2020
Guides These yoga teachers offer private sessions so you can practice solo or in a small group. Get wellness tips, workout trends, healthy eating, and more delivered right to your inbox with our Be Well newsletter. Ashley Tryba teaches private yoga classes in the greater Philadelphia area. (Note: Photo was […] 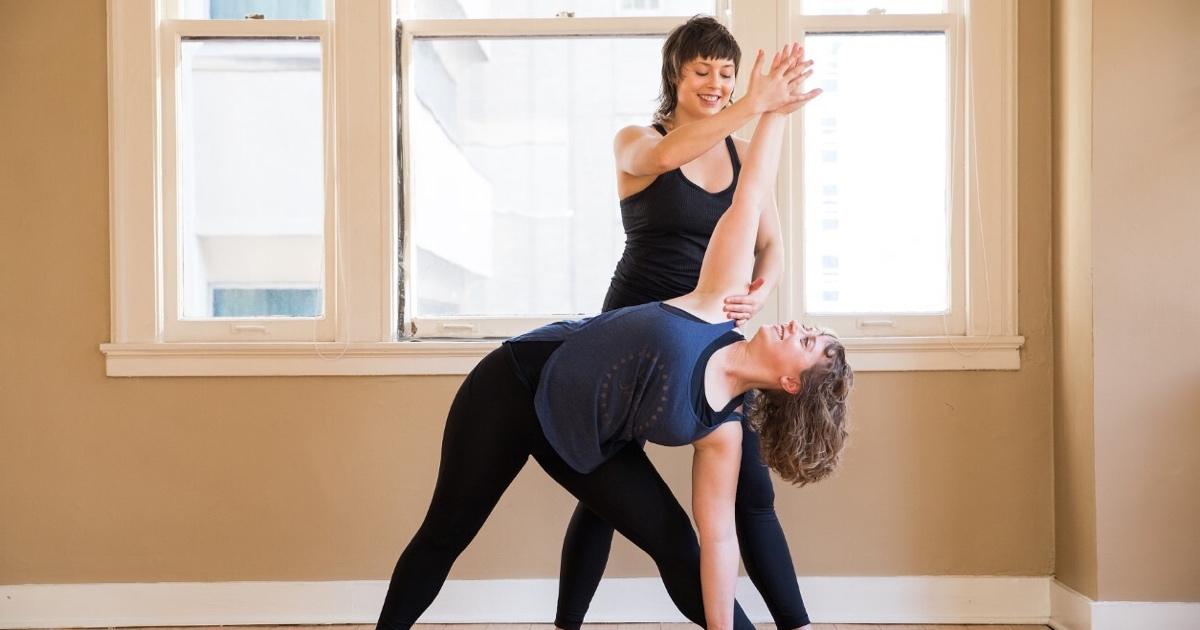