Around the world, From China and India to the U.K. and U.S., reports of hate crimes against Muslims are increasing. In the case of Uighurs and Rohingya Muslims, there is evidence of ethnic cleansing.


Nearly half of adults in the U.K. believe that Islam is incompatible with British values and in the U.S, a survey found that two in five Americans believe the same when it comes to American values.*

Donald Trump signed an executive order dubbed a “Muslim ban” by critics, banning residents of six Muslim-majority countries from entering the U.S.. British Prime Minister Boris Johnson in 2018 compared Muslim women who wear the burka to letterboxes and bank robbers. What’s driving the rise in anti-Muslim sentiment? Why is prejudice against Muslims so widespread and so socially acceptable and what role, if any, have social media companies played in the normalization of Islamophobia?

“Islamophobia is one of the last standing bastions of acceptable bigotry,” Khaled Beydoun, associate professor of law at the University of Arkansas and author of “American Islamophobia: The Roots and Rise of Fear” tells Newsweek. “In the political context, it actually is advantageous to be bigoted towards Muslims especially on the right and even on the left because there’s political incentive, there’s a willing demographic among the electorate who want to hear anti-Muslim rhetoric.”

The India Spend Initiative has found that 90 percent of religious hate crimes since 2009 have occurred after India’s governing Bharatiya Janata Party (BJP) came to power in 2014. In April, A BJP leader accused Muslim vendors of “infecting vegetables with saliva”. In Canada, hate crimes against Muslims grew 253 percent from 2012 to 2015. In 2017 they increased by 50 percent. In Germany, there 813 incidents involving attacks on Muslims or mosques in 2018, a drop from the previous year’s 950 incidents. However, the number of people being injured in the attacks increased from 32 to 54.*

Beydoun believes that the rise of populism and populist politicians, who boil down complex issues into simplistic solutions and blame minorities, has played a major role in increasing anti-Muslim hatred in recent years. He cites France, Britain, the U.S., India and China as examples, with the U.N. expressing alarm over the detention of Uighurs, a Muslim minority, a million of whom it says are in Chinese detention camps. Chinese authorities deny these claims.

Social media has contributed to the normalization of anti-Muslim hatred online, Beydoun believes.

A U.N. official looking into the persecution of Rohingya Muslims in Myanmar, where it found the minority group has suffered beatings, torture, rape and death in detention at the hands of the Burmese military, accused Facebook of playing a “determining role” in the violence.

Beydoun worries that companies like Facebook are reluctant to rock the boat with powerful governments such as India, where it has a huge market and where the company has once more been accused of being too slow to act. It recently emerged that a top Facebook official in India, Ankhi Das, was reluctant to remove anti-Muslim posts as she did not want to upset the Modi government.*

“It’s profits over the interests of Muslims,” Beydoun says. “There’s so much corporate will, there’s so much governmental will, there’s so much political movement around coalescing and accepting the idea that black lives matter, for example, and getting behind that message. Simultaneously, we don’t see that being the case with Muslims. I think a lot of that is down to the war on terror because people still believe deep in their heads, on the right especially and even in the center and left, that Muslims are a suspicious demographic that is tied to terror.

“Since the war on terror there is a conflation of Islam and Muslim identity with terrorism, it enables governments like those in Beijing and Myanmar to effectively brand anybody who is resisting or opposing their authoritarian regime as terrorists.”

While many associate Islamophobia with the far-right, Beydoun also says it’s important to remember that many on the left have also failed to condemn Islamophobia as much as they do other forms of prejudice.

A spokesperson for Twitter said that company takes an aggressive approach towards hatred and racism on its platform.

They said: “Our policies clearly state, you may not promote violence against or directly attack or threaten other people on the basis of race, ethnicity, national origin, caste, sexual orientation, gender, gender identity, religious affiliation, age, disability, or serious disease. We also do not allow accounts whose primary purpose is inciting harm towards others on the basis of these categories.

“We also introduced broad, expansive policies on dehumanization on the basis of religion in consultation with NGOs and the public.”

For Nathan Lean, author of “Islamophobia Industry, How the Right Manufactures Fear of Muslims”, Islamophobia is simply driven by the fact that Muslims are different.

“This is especially the case in contexts where religious differences are accompanied by racial or ethnic markers, and so whether in Western Europe, the United States, or China, we see communities reacting to the presence of Muslims in very similar ways,” he tells Newsweek.

His book, published in 2012, explores how Islamophobia is a multi-million dollar industry, helping some organizations and individuals profit from pushing anti-Muslim narratives.

“The Islamophobia industry that I identified in 2012 has diminished somewhat,” he says. “I do not see the same level of activity today amongst its more notorious fear merchants. That’s not necessarily good news because we do know that many of those individuals gained access to power with the election of Trump and were influential in anti-immigrant and anti-Muslim policies that, like the ‘Muslim ban’, impact many people.

“Within the past year, I think Islamophobia has become less of a flashpoint issue not because it is any less pernicious, but simply because we have collectively turned our rage to other horrors that the world is enduring. Social media is a cesspool for Islamophobia. Companies like Facebook and Twitter have failed to crack down on posts that violate their own user policies, and which, in many cases, are false. As a result, purveyors of hate feel licensed to spread misinformation and posts that are intentionally inflammatory.”

Lean condemns populist politicians who have cashed in on racism, sexism, and homophobia for years.

“Islamophobia today happens to be low-hanging fruit, and so it’s easy for politicians to grab it and feed it to their sheepish followers,” he says. “The problem is that Islam as a religion has been tied to discourses of national security such that any mention of the former necessitates some discussion of the latter. It’s unfair, and even disgusting. But until we learn to cleave religion apart from our obsession with Homeland Security and the like, we will be stuck here.”

Not everyone believes that Islamophobia is a real issue that deserves the world’s attention.

“Islamophobia is a fiction to shut down debate,” British commentator Melanie Phillips wrote in The Times of London. She had appeared on a BBC program in 2018 saying that “any criticism of the Muslim community is considered Islamophobic”.

She is not alone.

“The idea of Islamophobia has always been informed more by the swirling fantasies and panics of the political and media elites than by any real, measurable levels of hate or violence against Muslims,” right-wing British columnist Brendan O’Neill wrote in 2015.

Why does the idea of Islamophobia remain contested?

Lean says: “It has been politicized by people who parse its etymology and frame it as a liberal bludgeon. Those same people, of course, have no issue with the term homophobia or anti-Semitism, the latter of which is not etymologically perfect, either. Of course, the fact that anti-Muslim prejudice is not widely recognized as a real threat is partly the reason some people resist the term.”

“People feel they can get away with it because of a loophole that they believe allows them to bash people’s religious identities as distinct from their overall personhood.”

Lean also criticizes autocratic regimes in the Middle East, who despite having Muslim leaders, have failed to call out anti-Muslim racism.

“There is no doubt that some leaders in the Middle East have exacerbated fears of and prejudice towards Muslims,” he says. “Saudi Arabia’s refusal to condemn the situation in China is a glaring example. Beyond that, though, actions carried out by some governments themselves fuel the idea that all Muslims are scary people, and so the onus is on everyone – Muslims included – to be reasonable in action and in reaction.”

Tariq Modood, professor of sociology, politics and public policy at the University of Bristol, says hate crimes against Muslims are increasing due to the way Muslims are portrayed by the media and who are so often blamed for society’s ills.

“The way Muslims are treated in the media is very much informed by the view that one can blame them and everyone will largely agree, largely see the point,” Prof. Modood told Newsweek.

He says that several negative generalizations about Muslims, from being culturally backward and illiberal to concerns over gender and sexuality rights in Islam have contributed to the normalization of prejudice against Muslims. While Prof. Modood thinks there is increasing sympathy and understanding when it comes to anti-black racism, homophobia and anti-Semitism, Muslims are rarely afforded the same sympathy.

“Compare Muslims to those groups, it is true that there’s far less sense of commonality or sympathy or sense that Muslims are being picked upon that there’s a racialization going on relative to the other groups. I think attitudes towards Muslims in Britain, understanding Islamophobia as a form of racism, for instance, are more developed than they are in most other countries, certainly France or Germany for example.”

So why has Islamophobia increased in recent years?

An exaggerated fear, hatred, and hostility toward Islam and Muslims that is perpetuated by negative stereotypes resulting in bias, discrimination, and the marginalization and exclusion of Muslims from social, political, and civic life,” analytics firm Gallup wrote.

“Islamophobia existed in premise before the terrorist attacks of September 11, 2001, but it increased in frequency and notoriety during the past decade. The Runnymede Trust in the U.K., for example, identified eight components of Islamophobia in a 1997 report, and then produced a follow-up report in 2004 after 9/11 and the initial years of the Afghanistan and Iraq wars. The second report found the aftermath of the terrorist attacks had made life more difficult for British Muslims.”

With the reported detention of nearly a million Uighur Muslims in camps in China, a sharp increase in anti-Muslim hate crimes across Europe and the U.S. and protests about “reclaiming” countries like Australia from “Islamic barbarity” still happening, it is not going anywhere any time soon.

Thank you, Yoga to the People | Anat Ghelber 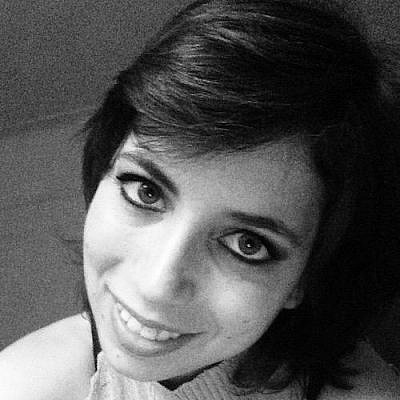