An Indian-origin entrepreneur-activist was on Monday dropped as a prospective London mayoral candidate to contest against Sadiq Khan next year after her past antisemitic comments came to light. Geeta Sidhu Robb, the founder of organic food and juice products firm Nosh Detox, had been shortlisted as the Liberal Democrat candidate to take on Labour’s Khan but was instead suspended from the party after a 1997 General Election footage revealed her making anti-Jewish remarks.

“I apologise profusely for my actions in the 1997 General Election campaign. My behaviour caused offence and hurt and I am deeply sorry,” said Sidhu Robb.

“There is no room for any form of racism or antisemitism in society and as such I very much regret my conduct at that time. It is in no way an excuse, but the context was that I was on the receiving end of a consistent racist campaign and, wrongly, retaliated as I did,” she said.

As a Conservative Party General Election candidate in Blackburn 23 years ago when she was contesting against incumbent Labour MP Jack Straw, Sidhu Robb was filmed saying: “Don’t vote for a Jew, Jack Straw is a Jew.”

The London-based health food promoter, who came second behind Straw in that election, said she was “deeply ashamed” of the language she had used, which she is seen admitting in the footage was done in anger.

“As shown in the footage, I instantly regretted my appalling behaviour, which I continue to do. And I am actively reaching out to the Jewish community to listen and learn,” she said.

“Two wrongs never make a right. I made a mistake and I take responsibility for my abhorrent actions 23 years ago, they were never repeated. I urge you to judge me on who I am today, a campaigner committed to eradicating inequality and discrimination in all its forms,” she added, in a lengthy Twitter statement.

The London mayoral election was due to be held in May this year but has been postponed to May 2021 due to the coronavirus lockdown disruption. So far, incumbent Sadiq Khan is being challenged by Conservative Party candidate Shaun Bailey in the race.

The Lib Dem choice has proved difficult as the party’s previous choice, Siobhan Benita, withdrew from the race saying she could not commit to an extra year of unpaid campaigning. The party is now back to seeking a prospective candidate after Sidhu Robb’s suspension.

“Geeta Sidhu Robb has been suspended from the Liberal Democrats and will not be on the ballot paper to be the Liberal Democrat candidate for mayor of London. There is an investigation under way in accordance with due process,” a Lib Dem spokesperson said.

Catch up on all the latest Crime, National, International and Hatke news here. Also download the new mid-day Android and iOS apps to get latest updates.

Mid-Day is now on Telegram. Click here to join our channel (@middayinfomedialtd) and stay updated with the latest news

This story has been sourced from a third party syndicated feed, agencies. Mid-day accepts no responsibility or liability for its dependability, trustworthiness, reliability and data of the text. Mid-day management/mid-day.com reserves the sole right to alter, delete or remove (without notice) the content in its absolute discretion for any reason whatsoever

ECMO Can Play a Key Role for Sickest COVID-19 Patients 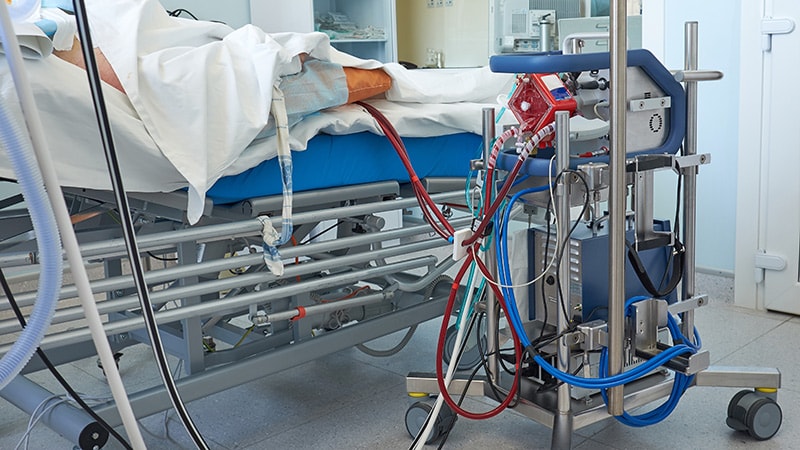