Immigrants in US custody faced widespread failures in medical care, including some issues that resulted in death, according to a new congressional investigation released Thursday.

At US Immigration and Customs Enforcement facilities operated by for-profit contractors, detainees “often do not receive critical treatment or face delays,” the inquiry found. Additionally, the review found that many of the for-profit facilities lack sufficient medical staff and failed to provide necessary care for chronic medical conditions.

In some cases, there were delays in emergency care, staffing shortages and poor sanitation, according to the investigation led by House Oversight and Reform Committee Chairwoman Carolyn Maloney of New York and subcommitee chairman Jamie Raskin of Maryland.

Last summer, the House Oversight committee announced it was investigating the Trump administration’s “rapidly increasing” use of for-profit contractors to detain immigrants after reports of health and safety violations.

For its investigation, the committee requested documents from ICE and two for-profit contractors, CoreCivic and GEO Group. The two companies operate facilities with more than 80% of all people in ICE detention. Committee staff also inspected 22 Department of Homeland Security facilities in six states, including ICE detention centers, as well as Customs and Border Protection facilities.

Issues of inadequate care at ICE facilities have been an ongoing issue. Last year, the Department of Homeland Security inspector general found expired food and dilapidated bathrooms during unannounced visits to four immigrant detention facilities in 2018.

The findings of the new investigation come a week after a whistleblower who previously worked at an ICE facility in Georgia detailed a high rate of hysterectomies and alleged medical neglect in a complaint filed to the DHS inspector general.

Ken Cuccinelli, the DHS senior official performing the duties of the deputy secretary, called the allegations “shocking” on Thursday, saying he had dispatched a team from outside of ICE to investigate.

During the course of the congressional investigation, detainees reported that when facility personnel did not deem medical issues to be emergencies, they did not take them seriously. “Individuals suffering from migraine headaches, hernias, and high blood pressure reported that their conditions went untreated,” the report reads.

For example, a detainee in Texas reportedly remained in medical quarantine for nine days with facial swelling before he was diagnosed with mumps. He permanently lost hearing in one ear.

ICE Director of Public Affairs Stacey Daniels told CNN in a statement that the agency is “fully committed to the health and safety of those in our care and will review the committee’s report.”

“However, it is clear this one-sided review of our facilities was done to tarnish our agency’s reputation, as opposed to actually reviewing the care detainees receive while in our custody. Improvements to civil detention are based on concrete recommendations from the DHS Office of Inspector General (OIG) and an aggressive inspections program, which includes formal facility inspections, independent third-party compliance reviews, daily on-site compliance reviews and targeted site visits,” Daniels added.

The committee detailed the deaths of several detainees in custody. In 2018, Huy Chi Tran, 47, died of a sudden cardiac arrest after eight days in detention. He was placed in solitary confinement at CoreCivic’s Eloy Detention Center in Arizona. According to the report, a guard failed to monitor him and then falsified logs.

“CoreCivic is committed to the safety and health of every individual in our care. We don’t provide the health care in the majority of our immigration facilities. In most cases, comprehensive medical, mental health and dental care is provided for by the ICE Health Services Corps,” said CoreCivic Director of Public Affairs Amanda Gilchrist in a statement.

“Where we do provide care, our clinics are staffed with licensed, credentialed doctors, nurses and mental health professionals who contractually meet the highest standards of care,” she added in part.

GEO Group spokesperson Christopher V. Ferreira said in a statement, “We strongly reject these baseless allegations, which are part of another politically driven report that ignores more than three decades of providing high-quality services to those in our care.”

In May 2017 after being detained for nine days at the California facility, Vicente Caceres-Maradiaga, 46, died of an enlarged heart and liver. At least five other immigrants have died at Adelanto since 2012, according to the investigation.

“Internal documents obtained by the Committee show that the issues that led to Mr. Caceres-Maradiaga’s death were systemic at Adelanto,” the report reads.

According to GEO Group, there are approximately 79 health services professionals at the center. In 2019, the health services team provided more than 54,000 medical encounters, Ferreira said.

“For more than thirty years, we have provided high-quality services to the federal government under both Democrat and Republican administrations and we have always complied with the Performance-Based National Detention Standards, which were first established under President Barack Obama’s administration. Furthermore, the Center is highly rated by independent accreditation entities, including the American Correctional Association and the National Commission on Correctional Health Care,” he added.

The ongoing coronavirus pandemic has “compounded” the problems in the facilities, according to the report, which found that detainees face deficient sanitation practices and poor handling of infectious diseases.

At least four detainees have died after contracting the coronavirus in ICE custody and more than 6,000 detainees and ICE staff have contracted the virus as of September 23.

This story has been updated with additional details from the report and reaction.

Fitness pro Sanjib Das on his foray into training, the passion and work ethics he brings to the table and health tips during the lockdown

Wed Sep 30 , 2020
The Bengal cricket team’s glorious outing in this year’s Ranji Trophy was more than just tactics, preparation and skill. If experts are to be believed, the focus on fitness had a major role to play in the side’s outstanding performance. t2 caught up with Sanjib Das, the strength, conditioning and […] 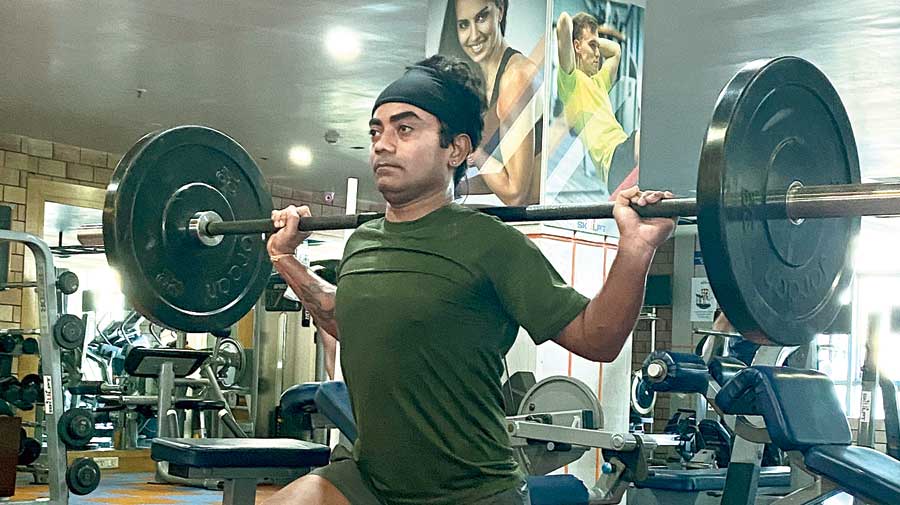