Is this how Jesseca Liu maintains her lithe frame?

Earlier last month, the local celebrity demonstrated a rather interesting-looking yoga pose on her Instagram Story.

The 41-year-old wrote of the pose, which allows for only one knee on the mat, with both elbows supporting the body: “I’ve heard this particular action can reshape your body in three minutes.”

With such a promising claim, I decided to give it a go despite not having done any yoga in years to see if it can truly “reshape” my body.

I challenged myself to perform the pose daily for two weeks and was hopeful of gaining some abs or even some definition.

To track my progress, I decided to take pictures of my abdominal area daily to see if there were any changes to my body and measure my weight and waistline before holding the pose. 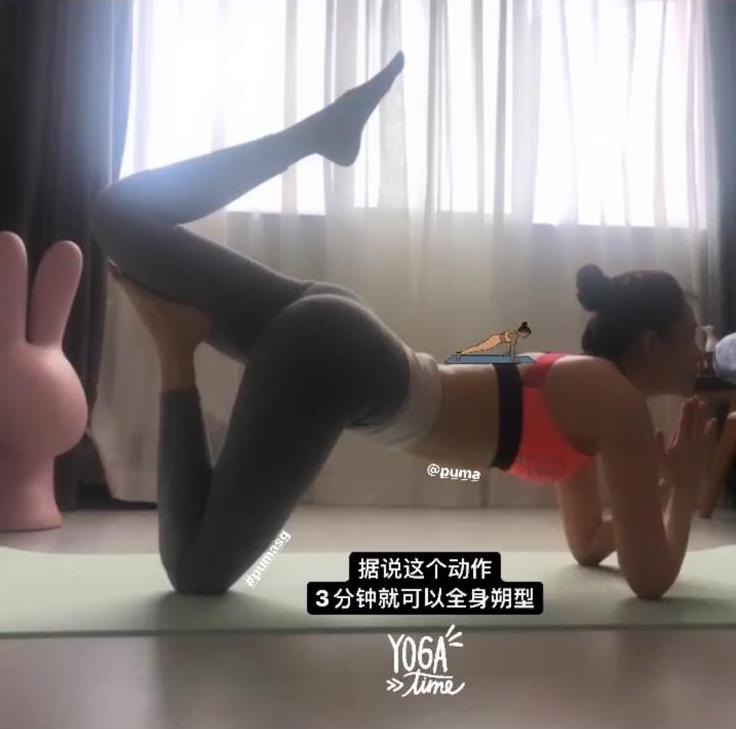 It didn’t seem like such a herculean task. “Only three minutes? Easy lah,” I thought to myself, before coming to realise how wrong I was on the very first day.

I had a difficult time even getting into the pose and holding the position for one minute was tough enough, let alone three. It was also hard to balance with one foot in the air and I ended up falling onto my yoga mat every time I tried.

Despite the many failed attempts, I finally managed to hold my posture for three minutes, although it felt like forever. I could feel my back straining, as well as my arms and legs aching while holding the pose.

On the second day, while I found it hard to balance still, it was already getting slightly easier. By the end of the first week, I was actually getting the hang of it.

However, when I looked through photos I took of my body and stomach to compare across the week, there was sadly no discernable difference. My weight and waist measurements also showed no indication of weight- or inch-loss.

Giving it the benefit of the doubt, I continued doing the yoga pose for one more week to compare the results again.

My verdict: No abs and no weight loss but at least my balance improved 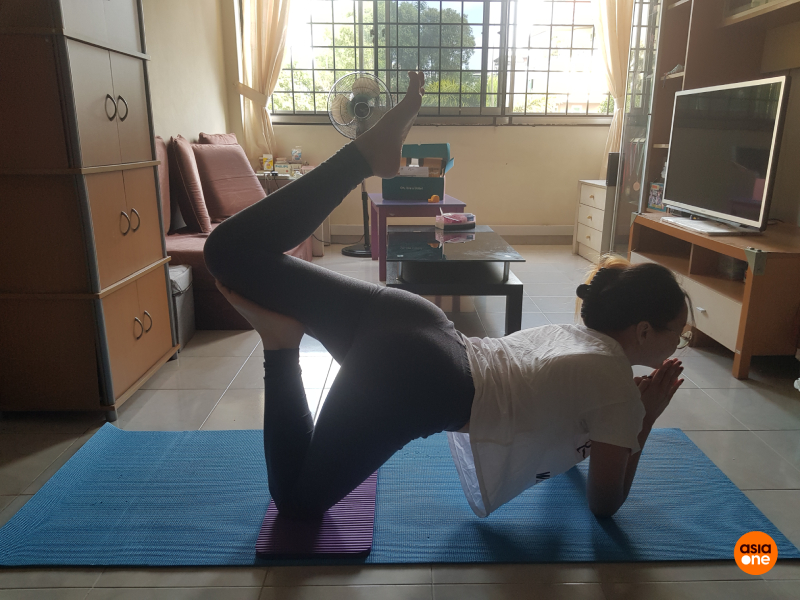 After two weeks, I was sorely disappointed that I didn’t gain any abs at all. My weight didn’t change and I certainly did not feel that my body was reshaped in any way.

However, it doesn’t mean that I’d been wasting those three minutes in a day. I realised that while nothing much changed physically, my concentration and balance improved.

Granted, I only tried Jesseca’s yoga pose for two weeks, so it might not have been enough time to observe any physical changes. I also wondered whether the results, or lack of, was unusual.

So, I reached out to different yoga instructors and asked them what they thought about this particular pose and its purported benefits.

What yoga instructors have to say

Owner of Yoga Inc., Ashly Lou, told AsiaOne that our particular query was met with silence from instructors at her studio.

Lou, who declared to us that she “likes Jesseca Liu very much”, explained that the pose “isn’t even a yoga pose actually.” “It’s just a pose that looks pretty,” said Lou.

However, Lou noted that it does require some flexibility, core strength and balance to hold the pose for three minutes, which would be easy for yoga practitioners. 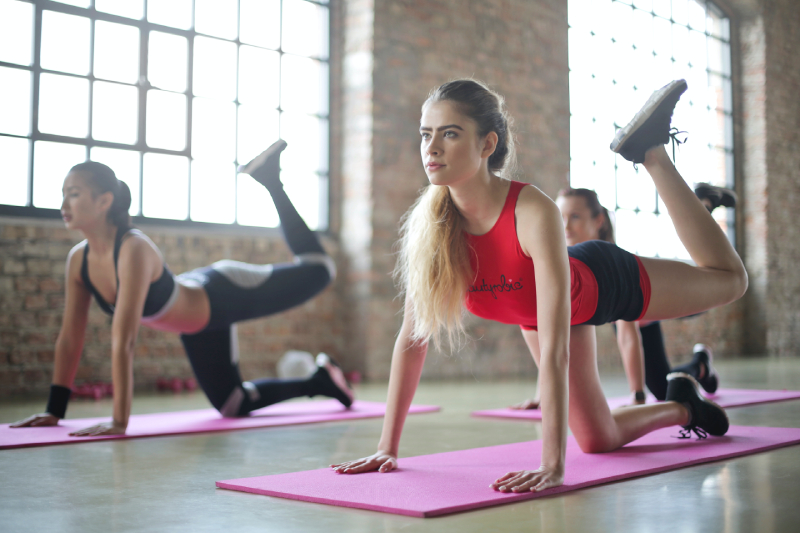 Mohankumar Rajaraman, yoga master at TFX Pacific Plaza, said that Jesseca’s yoga pose is actually a variation of Vyaghrasana, which is known as the tiger pose.

“This pose is often used for training an individual’s concentration, balance and coordination and commonly practiced during Hatha Yoga”, he explained.

If you are wondering what Hatha Yoga is, it’s a type of yoga that improves posture, flexibility and endurance, as well focus and concentration of the mind, according to Mohankumar.

One yoga pose is not enough

While there is debate on whether Jesseca’s yoga pose is a legitimate pose, yoga instructors can agree that practising one pose alone is not enough to reshape the body.

“The human body is complex and needs movement, strength and flexibility training. No one pose can be prescribed to benefit all sort of body types. Rather than picking one pose to reshape your body in three minutes, try being consistent in your yoga practice to get better results,” advised Christine Toong, a senior teacher and teacher-trainer at Yoga Inc.

In an interview with 8 Days, Jesseca did say that she does yoga weekly on top of her regular workout. Hence, there may be more work involved than just a three-minute yoga pose in order to see any changes to your body. Let’s not forget the importance of a healthy diet, too.

But if you really only have three minutes, Lou recommends doing more effective yoga poses such as the low boat, chair pose, plank pose and locust pose.

Still not convinced? Well, you can always try out the three-minute yoga pose for yourself and see what results you get!

Tue Sep 29 , 2020
Beijing – When police arrested the middle-aged Uighur woman at the height of China’s coronavirus outbreak, she was crammed into a cell with dozens of other women in a detention center. There, she said, she was forced to drink a medicine that made her feel weak and nauseous, guards watching […]