WE saw worrying thigh gaps fill our newsfeeds a decade ago, before healthier trends began to take over and encourage millions to embrace their curves.

But as Instagram marks its 10 year anniversary today, the social media giant’s influence over how women define what’s ‘hot’ and not has never wavered.

The picture sharing site’s trends have changed hugely since it was first launched, and with them so have our perceptions of what the ‘perfect body’ looks like.

From a controversial and worrying focus on being ‘skinny’ in the early days, right through to the ‘Slim Thick’ trend – inspired largely by the Kardashians – there’s been a shift towards embracing a natural look.

One glance at the profiles of some of the UK’s biggest reality stars now, compared to a few years ago, is all the proof you need that there’s been a change in beauty ideals.

In the last few months alone the world’s celebs have been leading a stream of new trends, from posing against terrible backdrops as they were forced to miss holidays abroad in lockdown, through to the hugely popular ‘sunshine bum time’ trend.

But according to psychologist Deanne Jade, the constant pressures on women to look a certain way are contributing to an “epidemic of anxiety”.

“We are drip-fed images of the perfect body and then we’re constantly finding ways in which we don’t measure up,” she says.

From October 6, 2010, when the platform launched on iOS for the first time, Instagram has grown from one million users in its first three months to more than a billion now.

Here’s a look at how Instagram has changed beauty ideals of what a sexy body should look like over the last decade.

With the birth of Instagram came a whole new focus on body image.

Never before had so many people been able to scroll through your photos at such speed.

Sadly, that also brought a focus on looking as skinny as possible, with influencers pushing out diet tips and even sparking a damaging quest for ‘thigh gaps’.

In 2013 Geordie Shore beauty Holly Hagan shocked fans with a startlingly slim selfie in her underwear, having shed the pounds and transformed her figure.

It’s a sharp contrast to her more natural photos in the years that followed, as she – along with stars around the world – began to follow changing Instagram trends.

And her former co-star Vicky Pattison also shared a before and after photo last year of her looking startlingly skinny several years ago, revealing she was “miserable” in the before photo and feels happier since embracing her curves.

Perhaps most memorable in those first few years was the birth of the ‘clean eating’ trend, with Instagram influencers pushing out controversial tips to lose weight.

Same girl, very different person.. 💙 It has taken me years to realise that health & fitness should not look like this picture on the left. I remember the day this was taken, I was hungry (to be fair I always am) & I was miserable, i was in the smallest women’s size available & was contemplating shopping in the children’s section. I thought I was fat. Can you believe that? I was sad because I thought I looked fat. I was sad because I counted how many blueberries I put on my porridge every morning (like some kind of crazed calorie obsessed carol vorderman), I didn’t drink, I never ate in restaurants & I trained twice a day. Now look at the girl on the right- yip, I’ve gained some weight this year.. I’m not 110% happy with how I look. But I’ve been busy & I’m not going to be so hard on myself. But she is happy, she is strong, she is in a healthy & loving relationship & she lives a full & exciting life filled with travel, adventure, carbs & aperol spritz! I will never go back to that sad girl on the left- it wasn’t the life for me. But over the next couple months I am embarking on an exciting journey of self discovery (I sound like a wanker I know & I’m sorry but hear me out) I’m going to get my head down and fall in love with fitness again- try new things & get out my comfort zone! I want exercise to be a part of my life as it’s like therapy for me and I’m just a better person when I’m incorporating it into my life. But rather than punishing myself in the gym in desperate pursuit of a perfect aesthetic which quite frankly doesn’t exist & would make me my life a funless bag of shite and spin classes and make me miserable as sin I’m going to see exercise as a celebration of what my brilliant, strong & healthy body can do!!! I want a life full of laughs, adventure, fun & bold decisions & I know I need to be strong to do it so I’ll be travelling all over this autumn looking at different training styles and new ways to keep fit to try & work out what works for me!! Fit & happy is my goal. Not skinny & sad 💙 THANKYOU very much @thecyprusretreat For kick starting my journey off and helping me fall in love with fitness all over again. Such a refreshing approach.

The craze soon came under fire, with food writer and social media sensation Ella Mills dragged into the controversy along with her brand Deliciously Ella.

The writer first started a blog in 2011 after being struck down with a debilitating illness called postural tachycardia syndrome.

Those diagnosed with the condition often suffer an abnormally large increase in heart rate when going from sitting to standing and are struck with chronic fatigue.

As she attempted to promote healthy diets on social media in the wake of her illness, Ella was soon lauded as one of the leaders of the clean eating movement in 2014.

However, in 2017 a Horizon documentary exposed how many people had became obsessed with the trend and, in turn, developed ‘orthorexia’, an obsession with what you eat.

She told Stella magazine in 2018: “If you read our books you don’t see clean eating on anything we’ve ever done.”

While major moves have been made away from the ‘trend’ now, Deanne Jade believes it’s still a serious issue.

She tells the Sun Online: “I really call ‘clean eating’ a proxy for dieting. That means, if you say you’re dieting you’re telling someone you’re too fat and you don’t like yourself. If you tell people you’re clean eating, you give yourself a lot of brownie points.

“You’re giving a totally different message, but all it is is dieting. The underlying motive is still weight loss.”

It wasn’t just clean eating that took over in the early years either, as controversial fitness clique Skinny B*tch Collective (SBC) emerged around the same time.

Founded by Russell Bateman, the prominent fitness group had a tough selection process and reportedly recruited the likes of Ellie Goulding and Millie Mackintosh into its ranks – with a firm focus on extreme gym workouts and tiny frames.

The SBC has since come under fire and suffered a dramatic fall from grace as more inclusive workouts and looks are embraced.

Photos emerged from the collective’s Kenyan retreat, showing slim and rich women exercising in front of Masai tribesmen. It was branded exploitative and eventually celebrities ditched the trend for good.

As the backlash around skinny and clean eating trends continued, a new focus on strong and muscular bodies emerged in 2015.

With hashtags like #ThickFit and #FitAndThick taking off, our Instagram feeds soon filled up with celebrities showing off their ripped bodies and muscular frames.

Front and centre in this shift was world famous singer Pink, who proudly stood up against weight critics in April 2015 after she attended a benefit to honour her late friend Maggie DiNome.

Rather than the focus being on the event itself, she was trolled over her weight after wearing an elegant black dress for the occasion.

Pink responded by promoting the importance of a strong body on Twitter.

She wrote: “I am perfectly fine, perfectly happy, and my healthy, voluptuous and crazy strong body is having some much deserved time off.”

The post was hailed around the world and truly marked the start of the ‘strong’ body movement at the time.

However, Deanne Jade warns this too can go too far.

She says: “The strength thing is just another trend. How strong do you need to be to be okay?

“It’s not necessary to have a six-pack. I say this as someone who enjoys working out, but I’m very anxious to keep a balance.”

As the social sphere became all about strength, the most momentous shift of all took place – curvy women finally had their moment.

With models like Ashley Graham leading the charge, many plus-size beauties were celebrated on Instagram in underwear shoots and modelling campaigns – inspiring people everywhere to embrace their curves.

Ashley began offering advice and inspiration on the social media site, as a true ambassador for health and beauty at any size, and the trend quickly took off.

She was also behind popular hashtag #ThickThighsSaveLives to promote body confidence.

She told People magazine: “My thighs are thick, they are luscious, and I got made fun of for them my whole life.

“And now I’m being praised for my thick thighs and they have saved my life many times, and I want to women to know that their thick thighs are saving their own lives.”

As curvy, more natural bodies became the new thing, so too did make-up free selfies in a complete shift away from appearance-altering filters.

Holly Hagan was among the stars who ditched their skinnier poses, and she began sharing photos of her beautiful, clear complexion and curvier figure.

Last year saw the birth of the Slim Thick craze.

According to Urban Dictionary, the term describes a woman with “with big/toned thighs, plump booty, normal sized hips AND a flat/toned stomach.”

The sought-after figure has been showcased hugely by the Kardashians, as well as reality stars including Lauren Goodger, Jennifer Lopez, Amber Rose and even Beyonce.

Meanwhile, Holly once again followed the trend alongside her fellow celebrities, now focusing more on the tiny waist and bigger bum look that’s become so popular.

Deanne Jade says famous women have always influenced looks, but that Instagram is a game-changer.

She says: “There was always someone that women wanted to look like, from Marilyn Monroe in the 50s or Twiggy in the 60s, but these icons changed slowly so that there weren’t too many pressures on women to change everything minutely. It was more about weight.

James has slept with 1,000 women but I reap the benefits, says Chloe Madeley

“But then with social media, with influencers and pop stars and so on, ideal images are changing very quickly. Instagram has fuelled that because you’ve also got tools to change your picture.

“I think the pressures on women to look a certain way are contributing to what we are seeing as an absolute epidemic of anxiety.”

While there have undoubtedly been positive changes with Instagram trends over the years, as celebrities lead a move towards a more natural shape, it still has the power to shape our ideals of what it means to be ‘sexy’. 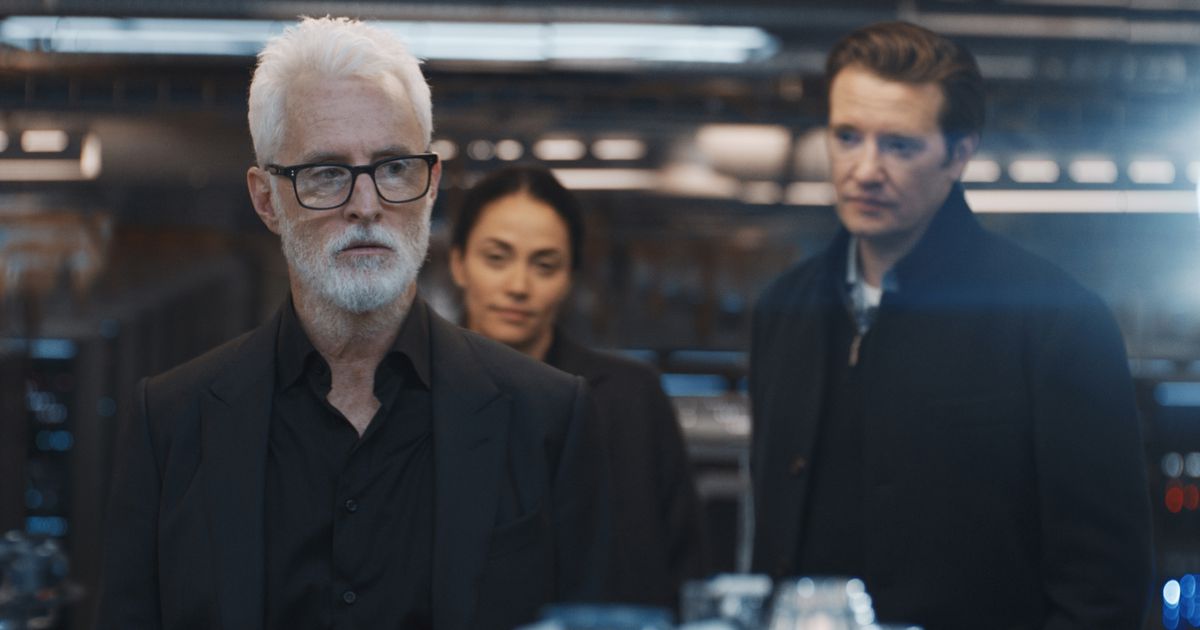