In an effort to stop the worst coronavirus outbreak at a Hawaii nursing home — the deadliest of any local hot spot — it’s finally encouraging that a 20-member U.S. Department of Veterans Affairs “tiger team” is now assembled at Yukio Okutsu State Veterans Home in Hilo.

Descending onsite for up to six weeks, the clinical and administrative personnel from the VA will be addressing infection control and and other issues raised in two critical reports — one by the VA, the other by the Hawaii Emergency Management Agency (HI-EMA) — that zero in on shortcomings by the nursing home’s operator, Avalon Health Care Group. About two dozen resident deaths have been linked to the home’s COVID outbreak; among its 89 residents before coronavirus hit, 70 have tested positive as have 32 employees.

Another element in this still-unfolding tragedy has been Hawaii’s unacceptable slow-paced response to the COVID-19 threat at the facility. At a news conference last week, Hawaii County Mayor Harry Kim reportedly described then-arriving VA personnel as a “major team. … I just wish we had them two weeks ago.”

U.S. Sen. Brian Schatz, who sounded the federal alarm for VA help in remedying the Yukio Okutsu home outbreak over Labor Day weekend, has rightly rebuked the state and county for not moving quickly enough, something that Kim has conceded was, in part, a county failing. In regard to the VA report, Schatz issued a written statement focused on Avalon’s flat-footed response to the COVID-19 threat.

“This report makes clear that Avalon did not take the steps necessary to protect its residents and staff,” Schatz said. “We have known all along that nursing homes and their residents were particularly vulnerable … so it is infuriating to see that basic infection control practices were not in place months after the pandemic began.”

Nursing homes are particularly hard hit by the pandemic. Nationally, while residents in these facilities account for less than 1% of the U.S. population, they account for roughly 40% of coronavirus deaths. However, even in instances involving frailty and underlying conditions, deaths at homes here and on the mainland were not inevitable. What’s happening at the Hilo home must be a cautionary learning lesson to Hawaii’s other assisted-care facilities, spurring them to re-examine and improve their own operations.

Among concerns cited in the new reports regarding the Yukio Okutsu outbreak: inadequate separation of resident patients based on their COVID-19 status; lack of adequate physical distancing measures for staff and patients; inconsistent mask-wearing among patients; and little proactive preparation to fend off an outbreak.

In the state HI-EMA report, Dr. K. Albert Yazawa wrote, “I believe the nursing home culture (at the facility) … was one that remained entrenched in pre-COVID norms of respecting individual resident rights over the health of the general population.”

The VA report painted a similarly dismal and lax picture of operations, finding: “There was very little evidence of proactive preparation/planning for COVID. … A basic understanding of segregation and workflow seemed to be lacking even approximately three weeks after first positive case.”

In response, Avalon maintained that it had initiated virus-related prep to comply with federal and state guidelines at the onset of the pandemic. Among the protective measures was facility-wide testing in June — with all negative results — followed by targeted testing, through which an asymptomatic staffer tested positive in August.

A spokesperson for Avalon Health Care contended that much of the criticism was based on an “new playbook for nursing homes” that exceeds guidance the facility had been relying on; and that the home is cooperating with the VA to address remedy recommendations.

As of Monday, a total of 24 Yukio Okutsu home veterans have died. Cooperation is the only path forward. The facility’s staff, along with county and state officials, must work vigorously with the VA’s team to implement recommendations and step up training and oversight, with the aim of thwarting any lingering potential for more infections.

Mon Sep 28 , 2020
Officers can perform anonymous self assessments, contact a fellow officer on the department’s peer support team, or search for a therapist. LEBANON, Indiana — Tonight on 13News at 5:30, hear how it’s already helping police officers stay well. The Lebanon Police Department just deployed a new app for all 42 […] 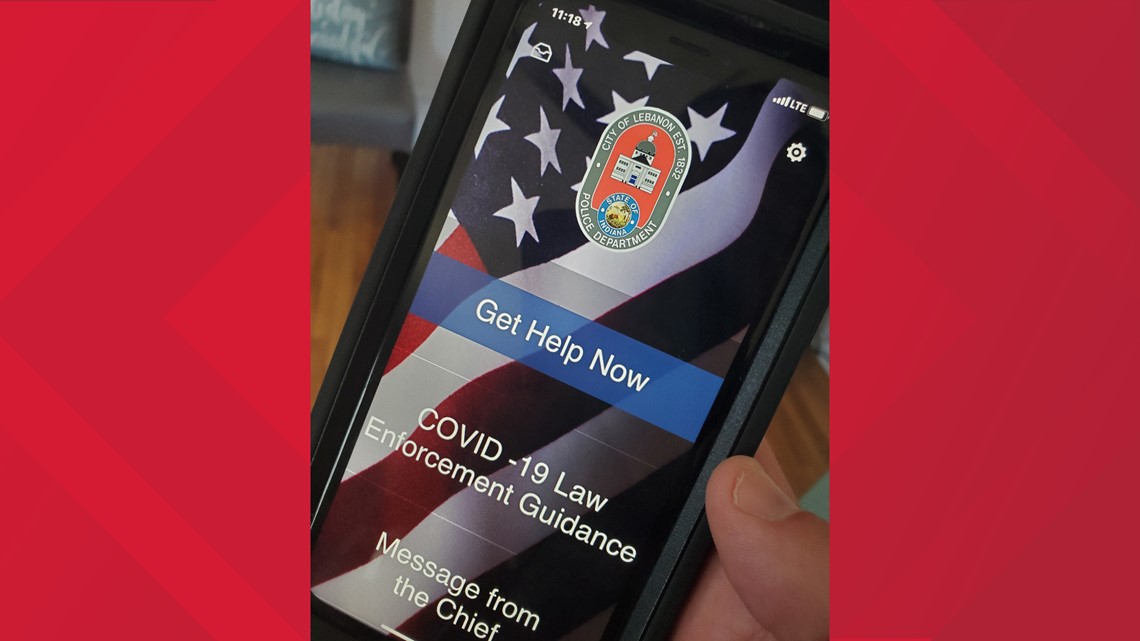