The Detroit Medical Center is dropping plans to join a $70 million development near the Little Caesars Arena, officials confirmed Tuesday.

“After careful consideration, we have made the decision to focus on our core mission and the DMC will not move forward with plans to lease space for a sports medicine institute. Our decision allows us to reallocate resources appropriately in this changing environment,” representatives said in a statement.

A rendering of the building at 2715 Woodward Avenue. (Photo: Olympia Development)

“We appreciate the efforts of Olympia Development of Michigan and value our relationship with the organization. We have come to this decision in cooperation with them and we appreciate their support for the DMC’s core mission.”

In 2018, DMC and Olympia Development of Michigan announced plans for a sports medicine institute in a 127,000-square-foot property at Woodward Avenue and Sproat, which would replace a former surface parking lot.

The facility was expected to be a state-of-the-art, comprehensive care center serving professional, collegiate, high school and recreational athletes, including all four Detroit professional sports teams.

The DMC said it would boost collaboration among physicians, therapists, trainers and researchers and feature a golf simulator and 3-point basketball court as well as a 40-yard track, mobile MRI, rehab pool and a bioskills lab with simulated operating rooms.

The institute had been slated to join other tenants at 2715 Woodward, between the Little Caesars Arena and the Mike Ilitch School of Business at Wayne State University.

Boston Consulting Group in December announced plans to relocate its offices from Troy to nearly 30,000 square feet in the development.

Warner Norcross + Judd, a law firm that launched in Michigan, was also primed to bring more than 50 attorneys to a 30,000-square-foot office there, executives said last year.

The complex is a part of Olympia Development’s District Detroit project that seeks to encourage business development surrounding the Red Wings arena.

The DMC’s decision not to follow through on a sports medicine facility came after “unprecedented change for the health care industry” during the coronavirus pandemic, representatives said Tuesday.

“The DMC will continue to provide outstanding medical care and training for athletes in its existing facilities,” its statement said. “Services are provided at Rehabilitation Institute of Michigan’s outpatient therapy sites across the region and the DMC Sports Performance clinic site in Pontiac in addition to the extensive array of orthopedic care options available through the DMC network.”

In a statement Tuesday night, Olympia Development said company officials “understand the challenges facing the healthcare industry in the current environment leading to the Detroit Medical Center’s decision not to move forward with their sports medicine institute.”

Construction on the building, which started after a ground-breaking in 2019, continues and the space is on track to open next year, the company said.

“Looking ahead, we are confident that the prime location of this state-of-the-art building on Woodward Ave. between Little Caesars Arena and Wayne State University’s Mike Ilitch School of Business will generate a high level of interest from companies looking to customize a best-in-class, healthy and safe working environment for its employees in such a desirable location,” the statement said.

Why Did Covid Overwhelm Hospitals? A Yearslong Drive for Efficiency

Sun Oct 4 , 2020
Banner Health had figured out how to get ahead in the modern health-care industry. The Phoenix-based nonprofit hospital system relentlessly focused on costs. It trimmed labor, the largest expense for any hospital. Last year, it carried 2.1% fewer employees for every bed filled, compared with the year before. It also […] 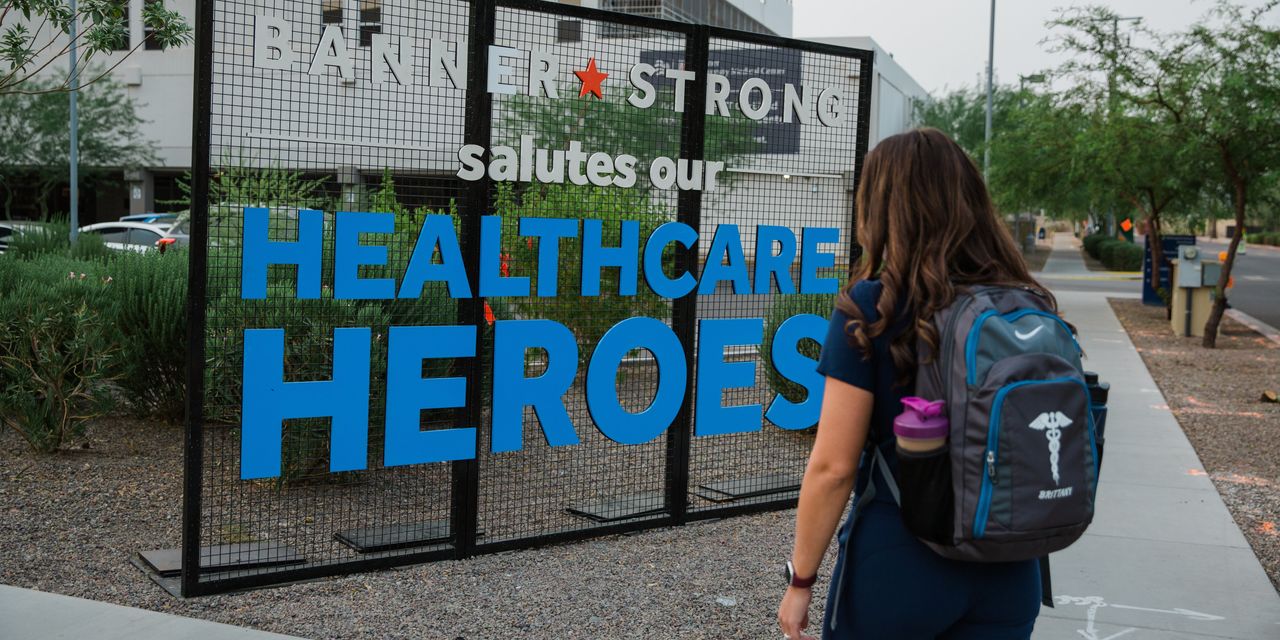