We’re still dealing with the repercussions of a global pandemic, and in the midst of it all we’re struggling with the usual: an unstable economic situation, a constricted political sphere, and raging battles on the social/cultural front. Then life starts to return to the city after months of social distancing (we still can’t tell if that’s a good thing), and we observe — and partake, hesitantly — as social gatherings and physical work engagements slowly take over our lives again. We meet people and subsequently we have to answer questions like “How have you been?” and “All good?”

In this issue, we try to excavate in search of an adequate and meaningful response, one that truly captures the many shades, nuances and complexities of the reality we’re currently inhabiting. It is no easy task.

You ask me how I’m doing, I say everything is precarious. I search for an adequate translation but I find none, and so I try to explain it instead.

Precarious. You know, like you’re teetering on the edge and not falling.

The glare of that bald man on the bridge as we make our way among the cars in the miserable afternoon traffic, you and me — laughing, hand in hand. He stands watching, his back against the iron rails, a woman next to him, scowling, her forehead glinting with sweat under her white headscarf. “We’re pissing them off because we look happy,” you tell me.

That hostility: barely contained, delaying violence and denying release, weighing the air down with tension and fear – it makes a simple walk down the street precarious sometimes.

“Show me your phone,” the officer demanded. You didn’t know where he came from; his voice startled you right after you’d taken the picture. Remember that day? You obeyed, telling him you had no idea this was a military zone and that you weren’t supposed to take photos. He went through your images, one by one, deleting as he wished. He gave you the phone and sent you on your way, and then you met me for lunch.

Every day is precarious because in another, equally realistic version of this story, I would remain waiting at the restaurant — and you would be in jail.

… and the bombings, you add. That morning when a car exploded in front of the university, right where my brother had stepped out of the taxi a mere 10 minutes earlier. He heard the blast at the lecture hall — the floor and the walls shook with its force, and everyone rushed out into chaos and smoke. You remind me of my panic as I tried to call him and couldn’t get through — “You thought he was dead.”

It’s a precarious state of being when death can so easily find you as you simply go about your daily routine, only for no reason we know it decides to skip you and move on to someone else: on their way to work, or waiting for the bus, or selling newspapers on the curb. 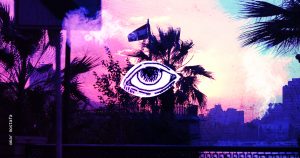 The doorbell rings and everyone stops what they’re doing. Hands freeze over keyboards, voices falter in conversation, breaths are held. Everyone looks at the door, hesitating. Someone finally decides to answer it. It’s the food, or the garbage man, or a freelancer stopping by to get paid. The clatter of keys can be heard again, conversations resume, breaths are released (secret sighs of relief). But our minds are elsewhere, because we know it could’ve just as easily been someone else. Because this is how it all started that fateful day in November, almost a year ago. The doorbell rang.

Precarity is when a knock at the door or a call from an unknown number can very much be a sentencing: you no longer have a place to work, you need to pack up your life and get on the next plane, or you’re in a prison cell until God knows when.

Or that night we were on our way back from a party, slightly after midnight. As we approached the checkpoint I berated myself for not listening to wiser people who had advised me to remove all social media applications from my phone. All kinds of bad scenarios went through my head. I quickly deleted the Facebook app, but opted to leave Whatsapp so it didn’t seem too suspicious. I had archived nearly all of my conversations. The officer didn’t even stop us, but that doesn’t mean much. Remember that friend who dared to ask why his car was being searched, and ended up with a bag of hashish in his dashboard, a months-long trial and a year in jail?

One minute you’re at a party, the next you’re wondering if you’ll get home at all that night. No wonder the word kameen — Arabic for checkpoint — is often used to describe someone getting into trouble; any kind of trouble. A checkpoint is never good news.

A new real estate law might come out and the apartment that is now your home could be yours no more. The Nile just might dry out, but we can’t know for sure because it all depends on negotiations taking place in rooms we’re not allowed to enter. Your savings — if you’re lucky enough to have any — might be cut in half because loans and currency flotations and economic interests: things that an average citizen like yourself isn’t far-sighted enough to understand. Your favorite place — where you go to work and eat and meet with your friends — might disappear one morning, because the state has acquired the land and guess what, you’re not allowed to have a favorite place here because no spot in this city is ever really yours, no matter how privileged you are.

Perhaps we’ll go to war with a neighboring country, perhaps the streets will erupt in chaos before we do, perhaps our train will crash on the next trip — they often do — and we won’t get to see any of it happen.

But we’re still standing, you say. And we are. But we’re never really on solid ground, are we? It’s precarious, you know. We’re teetering on the edge but not falling.

You ask me how I’m doing. Well, as you can see, that’s one really tough question to answer.

Fri Oct 2 , 2020
She posed in a sports bra and animal print leggings from her fashion collection. September 30, 2020, 4:10 PM • 4 min read Share to FacebookShare to TwitterEmail this article Jessica Simpson is sending off good vibes and looking good while doing it. The singer kicked off the week by […] 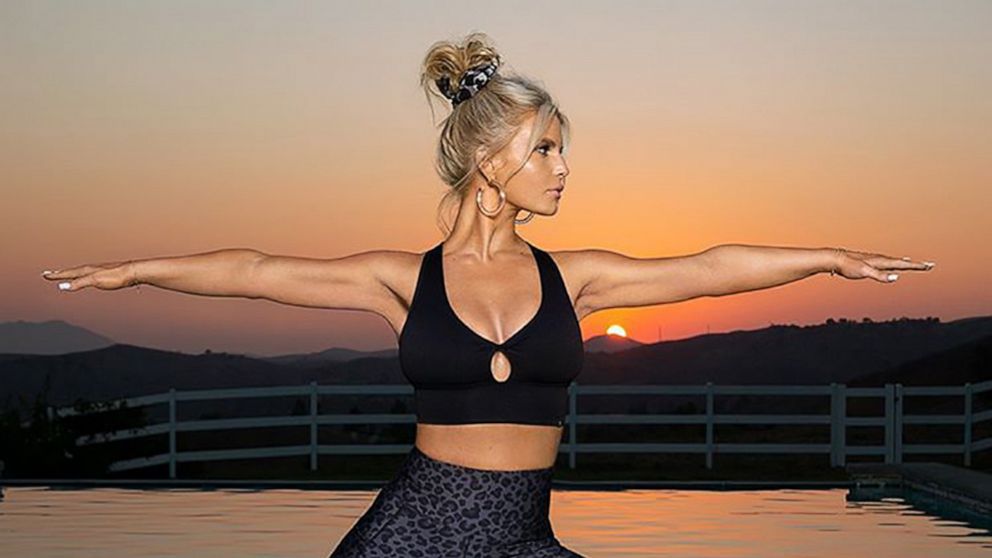