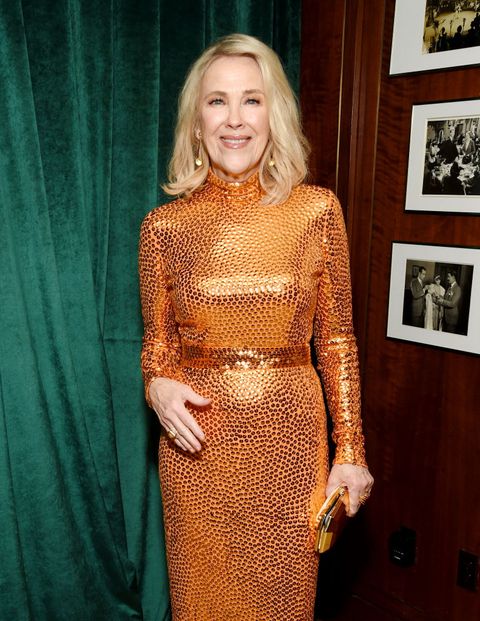 If you’re somewhere in your late twenties or early thirties, you were likely first introduced to actress Catherine O’Hara as Kevin’s mom in Home Alone. Before that, it was another, albeit slightly darker, motherly role as Delia Deetz in Beetlejuice. And, most recently: Her 2020 Emmy-nominated lead role as Alexis and David’s eccentric (to say the least) mom on Schitt’s Creek.

And yet, even at the age of 66, she looks better than ever—without the help of any work I might add. The star credits being able to confidently age naturally as an actress due in part to the roles she’s played. “Character roles definitely age better than your ingenues. You don’t get to keep doing that,” Catherine told Today in 2006. Though she’s managed to keep her private life just that—private—there are a few beauty nuggets I was able to find on the actress and character Moira Rose.

Her makeup artist is a skincare devotee.

Catherine worked with makeup artist Lucky Bromhead through all six seasons of Schitt’s Creek and on even more projects before that, so it’s likely she’s picked up some tips from sitting in her makeup chair. We’re going to guess that includes Lucky’s affinity for skincare. The makeup artist told Dave Lackie that prepping the skin for makeup is so important that she sends her stars for facials and then sends them home with a full collection of skincare products. She also shared that one of her makeup/skincare hacks is to apply a jelly eye mask underneath the eyes and leaves them on as she applies eye makeup. Not only do they cool and depuff, but they also catch any eye makeup that may fall out as she’s working.

She uses this lipstick and application hack to create Moira’s signature red lip.

“My favorite thing about Moira’s look is her lips,” Lucky told Dave Lackie. “Red was the obvious choice to suit a confident, stylish woman. We dramatically re-shape the lip sans cupid’s bow, and, to me, it really puts the finishing touch on the fabulousness that is former actress, forever fashionable Moira Rose.” The combo she uses to create the look: MAC Cosmetics Lipstick in Ruby Woo and their Lip Liner in Stripdown.

She indulges in an elaborate facial treatment before awards shows.

Celebrity esthetician Joanna Vargas shared with NewBeauty that in prepping Catherine for this year’s SAG awards (remember in-person awards shows? Sigh…) she treated her skin to her Triple Crown Facial that’s designed to help sculpt the face for a more lifted appearance. The $250 treatment is “a unique combination of microdermabrasion, microcurrent, and oxygen-infused therapy to refine, lift, and tone your skin,” according to Vargas’ website.

When asked by Today if she would ever consider a facelift she responded saying, “I’m afraid of needles, except acupuncture needles.” That said, she’s all about investing in her skin. “I wouldn’t mind spending a little more time and effort and money on good skin care. And I’m sure they’ll come out with, as they are doing, with more and more treatments that are noninvasive and healthy ways to keep your face looking as good as it can. But no. No!”

Her makeup artist swears by this “budge-proof” makeup.

Lucky shared with Refinery29 that “budge-proof, foolproof cosmetics are crucial for working with O’Hara, who is perhaps one of the most expressive comedic actors in Hollywood.” Her products of choice are all MAC and two of her favorites are the Prep+Prime Fix + Spray and Prep+Prime Skin. “I wish I could explain to you what a genius she is with her face, in so many ways,” says Lucky.

Chelsea Burns
Chelsea Burns is the Senior Beauty Editor for Women’s Health and has been writing in the beauty and wellness space for over six years with her work appearing in Real Simple, Health, Fitness, and Byrdie.com.

Alice Dixson breaks down the basics of juice cleansing

Fri Oct 2 , 2020
Being a health buff, Alice Dixson stressed the many benefits one can get out of juice cleansing. She shared with fans her insights on cleansing and fasting, their many kinds, and their advantages and disadvantages via her YouTube vlog on Sept. 26. For the benefits, Dixson cited how one can […] 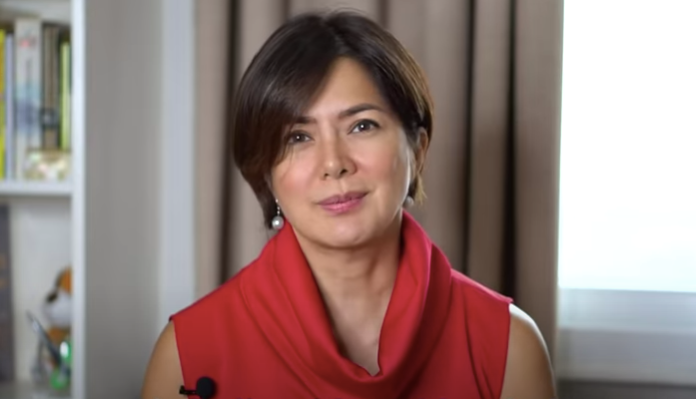