Practicing yoga in a heated room offers a handful of health benefits – though it’s important to have experience in the practice and to follow safety tips, says Steffany Moonaz, director of research at Maryland University of Integrative Health in Laurel, Maryland.

“It warms up all the soft tissue in the body,” Moonaz says. “It can be good for people who have yoga experience and who know their limits.”

There’s no one style of yoga that’s known as “hot yoga.” Rather, instructors can turn up the temperature in a studio – typically to between 80 and 100 degrees Fahrenheit – for a variety of different types of yoga. Most yoga studios are kept at typical room temperature, in the low 70s.

Then there are yoga styles in which a heated room is standard, not a deviation. These include yoga sculpt, a rigorous approach that involves small weights and lots of cardio, and hot power fusion, which can include a mixture of different styles, such as Vinyasa and Bikram.

Hot Yoga Isn’t for Everyone

Not everyone should participate in hot yoga, particularly menopausal and pregnant women, Moonaz says. Women experiencing menopause sometimes experience hot flashes, and practicing yoga in a heated room could trigger or exacerbate those events. Women who are pregnant should also not practice hot yoga, because being overheated can be a health risk during pregnancy. “Being overheated for more than 10 minutes can damage the fetus,” she says.

Older people – typically individuals over 65 – are at greater risk for falls and should probably not engage in hot yoga, she says. Falls are the leading cause of fatal and non-fatal injuries for people older than age 65, according to the Centers for Disease Control and Prevention. People who don’t hydrate sufficiently before and after yoga may become light-headed, which could make them susceptible to falling.

People who are new to yoga also should probably not engage in hot yoga until they’ve established a practice and become familiar with common poses and movements and how they affect their body, Moonaz says. “Hot yoga can be good for people who have yoga experience and know their limits rather than a beginner who isn’t familiar with a yoga practice,” she says.

Also, hot yoga may pose a risk for people with these health conditions:

If you aren’t in a group that should stay away from hot yoga, doing your practice in a heated room can provide these health benefits, says Judi Bar, yoga program manager at Cleveland Clinic:

1. Improved circulation. Doing yoga poses in a heated room gives your heart, lungs and muscles more of a challenge than if you were doing the same movements in a non-heated space. “It can get your heart pumping a bit faster, as if you were taking a fast walk,” Bar says. This can help boost your circulation.

3. A higher rate of burning calories. When your body works harder – as it does in a hot yoga class – your metabolism revs up, Bar says. “You’re working a little harder, so you can potentially burn more calories,” she says.

Before trying hot yoga, you should ask your health care provider whether it’s safe to adopt the practice.”Checking with them gives you a personal response to what the benefits or potential risks hot yoga could pose to your health,” Bar says.

If you decide to try hot yoga, it’s important to follow these safety tips:

1. Hydrate before, during and after class. You’re likely to perspire more than usual if you’re practicing yoga in a heated room, particularly if you’re engaged in one of the more physically rigorous styles. So it’s a good idea to drink water before, during and after class, Bar says. “It’s easy to dehydrate in a heated yoga class, and that can lead to dizziness,” she says. Another good option is a low-calorie sports drink that provides electrolytes, which are essential minerals that help your body function. Your body loses electrolytes primarily by sweating and urinating.

2. Use a towel during class. If you’re perspiring heavily, your mat will become wet and slippery, which in turn could lead to slips and falls. Placing a towel on your mat during class will allow you to keep your footing, Moonaz says. The towel will absorb your perspiration so you can participate in the class safely. You can bring your own towel or obtain one from the yoga studio. Consider using a second towel to wipe yourself off during class.

3. Bring your own yoga mat. Yoga studios typically provide mats you can use for a class for free or for a modest fee. Studio employees clean mats regularly to scrub them of germs, but you might be better off buying your own mat rather than practicing on one used by multiple people, Moonaz says.

4. Know and heed your body’s limits. If you start to feel light-headed during a hot yoga class, get up and leave. “Don’t feel like you have to stay in the class out of politeness or because you already paid for it,” Moonaz says. “No matter what you spent, it’s not worth putting yourself at risk.” You also shouldn’t do any poses or movements that cause pain. Yoga isn’t supposed to hurt, she says.

Mon Sep 28 , 2020
BOCA RATON, Fla. — “Step it Forward” is the name of a non-profit started by a Boca Raton mom to give new footwear to people battling addiction. It is a walk Sandra Seiden was on for ten years with her own son, Joshua, before ultimately losing him to an accidental […] 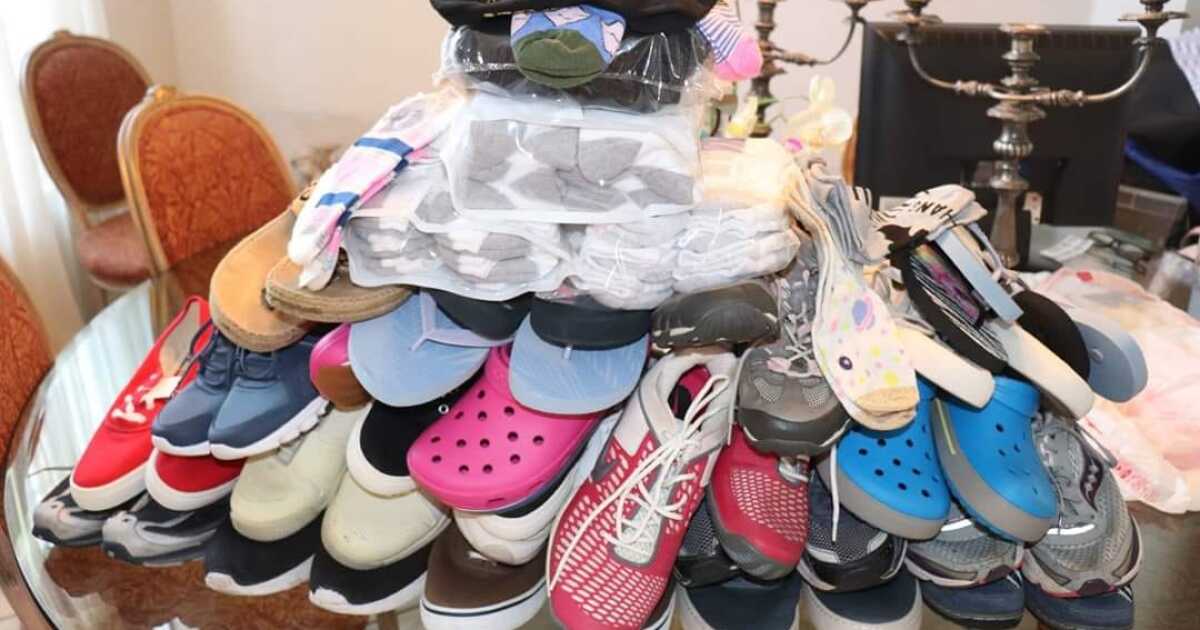