BASKING RIDGE, NJ—Erin Klemme’s business, Glow Yoga, had its best month in its six-year existence in February. But when the coronavirus began to take hold in early March, things began to change.

“At that point,” she said, “all of the directives were so clear that everything was about surface transmission. So, we had to expand our already thorough cleaning schedule and reconfigure some parts of the studio.”

Klemme said she began to cut down on class size as March wore on and more details emerged about how the coronavirus spreads. By then, she said, she decided to close voluntarily.

“There was just no way to be sure we were being safe,” Klemme said, of the early days of the pandemic. “We were hearing so much conflicting information that we didn’t feel right staying open.”

Klemme said she was concerned that if the studio closed there would not be a clear path to reopening, but shut the doors over health concerns for her students anyway. Two days later, Gov. Murphy ordered nonessential businesses like Glow Yoga to close indefinitely, leaving Klemme and her husband with a studio they still had to pay for and no customers allowed inside.

So Klemme, who opened Glow Yoga in 2014 after running a nonprofit, then did what many businesses did—she went virtual.

“We started posting classes on YouTube,” she said, “then holding Zoom classes. Within a week, we had a full schedule of classes on Zoom, and that was a relatively easy pivot.”

Klemme said it took a couple of weeks for her students to learn the technology, but once they did, most enjoyed practicing Yoga from their own homes. Others weren’t as fond of the virtual experience.

Klemme, who has been teaching Yoga for about 20 years, said Glow Yoga lost about half its business almost overnight. With her life invested in the operation, Klemme was stressed to her limit. But as the spring and summer wore on, she said she relied increasingly on yoga to help reduce the stress.

“This is our entire practice,” she said. “If you study yoga, everything about the scriptures is navigating how to cope with constant discomfort of impermanence and uncertainty. So, in a way, I’ve been practicing for this for 25 years.”

Klemme said another silver lining in the situation has been the level of self care people can do at home, as well as the studio’s reach extending, thanks to the stronger online presence.

“We can all spend more time with our families without compromising our practice,” Klemme said. “And we’ve had several students who have moved out of state but not canceled their contracts because they can connect with us on Zoom.”

Klemme said Bernards Township has been very supportive, working with her when she wanted to hold classes outside. When talk of reopening nonessential businesses like gyms and studios began around July, she was initially hopeful. Then, she saw the state guidelines her business must adhere to.

“We’re not being directed just to limit capacity to 25 percent,” she explained, “our directive is to have 200 square feet of space per person.”

The state directives mean her studio went from a maximum capacity of 38 people to just three. Still, she credits her students as the factor that inspires her during this tough time.

“They keep the wind in my sails,” Klemme said.

Klemme said she has tried to remain positive throughout the pandemic. Despite the uncertainty, which has been compounded by the closures of large local studios and studios in Manhattan, when she looks to the future, she sees good things.

“I know that everything always works out,” Klemme said, “and I know that this will, too. I just don’t know how or when.”

This article originally appeared on the Basking Ridge Patch

Thu Oct 8 , 2020
Long-term care homes across Ontario have been under scrutiny in 2020, in light of many deaths and reports of care issues during the COVID-19 pandemic. While homes in Thunder Bay have not seen outbreaks of COVID-19 as some have seen in southern Ontario, CBC News did look at all of […] 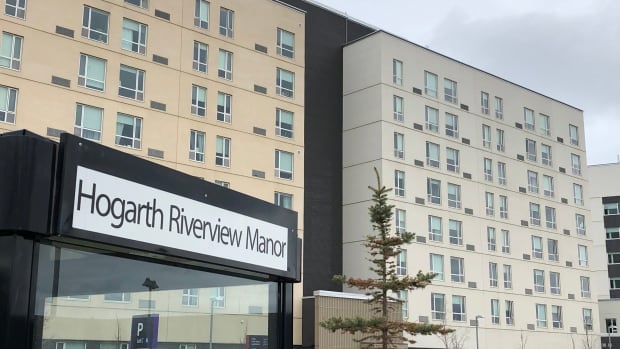