(Bangkok) – The Myanmar government should urgently end the arbitrary and indefinite detention of approximately 130,000 Rohingya Muslims in squalid and abusive camps in Rakhine State, Human Rights Watch said in a report released today. Recent measures to ostensibly “close” the camps appear designed to make permanent the segregation and confinement of Rohingya and several thousand Kaman Muslims, whom authorities have interned in open-air detention camps since their displacement in a 2012 ethnic cleansing campaign.

The 169-page report, “‘An Open Prison without End’: Myanmar’s Mass Detention of Rohingya in Rakhine State,” documents the inhuman conditions in the 24 camps and camp-like settings in central Rakhine State. Severe limitations on livelihoods, movement, education, health care, and adequate food and shelter have been compounded by widening constraints on humanitarian aid, which Rohingya depend on for survival.

These conditions have increasingly threatened Rohingya’s right to life and other basic rights. Camp detainees face higher rates of malnutrition, waterborne illnesses, and child and maternal mortality than their ethnic Rakhine neighbors. Accounts of preventable deaths were common. “The camp is not a livable place for us,” a Rohingya man told Human Rights Watch.

“The Myanmar government has interned 130,000 Rohingya in inhuman conditions for eight years, cut off from their homes, land, and livelihoods, with little hope that things will improve,” said Shayna Bauchner, Asia researcher and author of the report. “The government’s claims that it’s not committing the gravest international crimes will ring hollow until it cuts the barbed wire and allows Rohingya to return to their homes, with full legal protections.”

The report draws on over 60 interviews with Rohingya, Kaman Muslims, and humanitarian workers since late 2018. Human Rights Watch also analyzed over 100 internal and public government, United Nations, and nongovernmental documents and reports that show the calculated refusal by the national and Rakhine State governments to improve freedom of movement or living conditions in the camps, including denying adequate space or suitable land for camp construction and maintenance.

Rohingya said life in the camps is like living under house arrest every day. They are denied freedom of movement through overlapping restrictions – formal policies and local orders, informal and ad hoc practices, checkpoints and barbed-wire fencing, and widespread extortion. Those found outside the camp are subject to torture and other abuse by security forces.

“Life in the camps is so painful,” said one Rohingya man. “There is no chance to move freely.… We have nothing called freedom.”

Every Rohingya interviewed said they wanted to return to their homes, villages, and land. “We want the name ‘Rohingya,’” a man from Ohn Taw Gyi camp said. “We want our homes; we want our country. We want to get back the things we owned.”

Authorities used the 2012 violence against Rohingya communities as a pretext to segregate and confine a population it had long sought to remove from the country. A UN officer who worked in Rakhine State at the time described the government’s approach in 2012: “Corner them, fence them, confine the ‘enemy.’” The few thousand Rakhine Buddhists displaced in 2012 have since returned to their homes or resettled.

The government announced in April 2017 that it would begin closing the camps. In November 2019, it adopted the “National Strategy on Resettlement of Internally Displaced Persons (IDPs) and Closure of IDP Camps,” which it claimed would provide sustainable solutions. However, the process has entailed constructing permanent structures near the current camp locations, further entrenching segregation and denying the Rohingya the right to return to their land, reconstruct their homes, regain work, and reintegrate into Myanmar society.

“Nobody has been able to return, nobody has been compensated,” a Kaman community leader said. “We keep asking, even still we are asking the government for our land.” In the three camps declared “closed,” there has been no notable increase in freedom of movement or access to basic services.

The sense of hopelessness in the camps is pervasive. Not one Rohingya interviewed by Human Rights Watch expressed a belief that their indefinite detention may end or that their children could one day live, learn, and move freely. “I think the system is permanent,” a Rohingya woman said. “Nothing will change. It is only words.”

The Covid-19 pandemic and escalating fighting between the Myanmar military and Arakan Army, an ethnic Rakhine armed group, have heightened the Rohingya’s extreme vulnerability over the past months. General elections are set for November, but most Rohingya have been barred from running for office and stripped of their right to vote.

Across the border in Bangladesh, nearly one million Rohingya refugees, most of whom fled the Myanmar military’s atrocities after August 2017, live in overcrowded, flood-prone camps. The Myanmar government has asserted that it is ready to repatriate them, yet the eight-year confinement of 130,000 Rohingya in central Rakhine State undermines such claims.

Refugees in Bangladesh have outlined their conditions for return, including safety and freedom for the Rohingya in central Rakhine camps. “We know that thousands of Rohingya back in Myanmar are still in detention camps,” said a Rohingya refugee. “If those people are released and return to their villages, then we will know it’s safe to return, and we’ll go back home.”

Donors, humanitarian agencies, and the UN should take collective, forceful action against the apartheid system in Myanmar, including conditioning funding for permanent infrastructure and development projects in Rakhine State on the government’s realization of human rights benchmarks, such as the lifting of movement restrictions. They should urge the Myanmar government to halt the current camp “closure” process until thorough consultations with affected communities have been incorporated into an updated strategy, to be carried out in line with international standards.

“Aung San Suu Kyi’s government and the military have deliberately created and maintained oppressive camp conditions to render life unlivable for the Rohingya,” Bauchner said. “Foreign governments and the UN need to re-evaluate their approach and press Myanmar to provide the Rohingya with safety and freedom, while holding accountable the officials responsible for this apartheid regime.”

Voices from the Report

Myo Myint Oo was moved to individual housing in Nidin camp in Kyauktaw in 2018:

Nothing has changed in the camp over the past seven years. We have had individual shelters since August 2018, but everything else has stayed the same as it was since June 2012. The location of our houses is still outside of the [Rohingya-majority] host community area, and we can’t move freely in the villages because [the authorities] say it’s not secure for us. Every day it is like we are under house arrest. We don’t have freedom of movement, and still have major challenges for livelihood, income, and health. Sometimes [the authorities] come and threaten us for asking for freedom of movement….

We want to go back to our places of origin and work our jobs again and live again with our neighbors in peace, like before 2012. We want to live in a safe place with other people, permanently. Our place of origin is already occupied by some other people, but the local authorities don’t take action on that.

In the evening, no one was allowed to go outside of their shelter, there was no freedom of movement. If any Rohingya were found outside of the shelter, they were tortured, and sometimes after torture they were sent to jail. As my shelter was just beside the police camp, most nights we heard torturing sounds.

If Rohingya were found outside at night, they were first beaten on their feet, then other parts of the body. Rohingya who had heart disease or respiratory problems would be begging police officers not to kick their chest. Slaps on the face were common.

Three years back, I witnessed a young Rohingya killed by torture just because he came outside. Eight months ago, my mother who is still living in the camp informed me over the phone that one Rohingya utensil seller was tortured to death just because he was late to enter his shelter before evening.

Do you think only tube wells and shelters inside the camp is enough to live our lives? We couldn’t go to the market to get the items we needed, couldn’t eat properly, couldn’t move freely anywhere.

My two sons used to go to the temporary learning centers since there were no school facilities. There is no future there….

We want justice. We want to get back to our land. I have a desire to go back to my birthplace in Kyaukpyu before I die; otherwise, it’s better to die here in Bangladesh. Even the animals like dogs, foxes, or other creatures in the forest have their own land, but we Rohingya don’t have any place – although we had our own place once.

Myat Noe Khaing, who lived in Aung Mingalar, the last Muslim enclave in the city of Sittwe, on Rohingya fleeing to Malaysia by high-risk journeys at sea:

We know we will die in the sea. If we reach there, we will be lucky; if we die, it is okay because we have no future here.… Am I wrong? For being Rohingya, being from Rakhine? I ask myself, what did I do wrong? But there is nothing wrong with me.

Mohammed Yunus lived in Ohn Taw Gyi camp in Sittwe for years before fleeing to Bangladesh:

We were not allowed to go outside of the [Ohn Taw Gyi] camp anytime. We could move to the other camps during the daytime, until 9 p.m. From 9 p.m. to 6 a.m. there was a total curfew, restriction of movement even on moving to the other camps. If anyone was found outside of their shelter after 9 p.m., they were given punishment, either jail or torture.… During my years inside the camp I saw the situation becoming more and more strict. It was like an open prison without end. We don’t want to go back to that jail again if our rights will not be ensured.

Abdul Kadar lived in Thae Chaung camp in Sittwe until 2018:

We worked as fishermen, but the authorities only permitted us two days at sea. We needed 10 to 12 days, but that was an opportunity for Buddhist people, not for us. On the way to the sea we had to give the checkpoint police oil, firewood, and dry foods, and we needed to give them everyone’s name. By any chance if you missed the deadline to come back from the sea, we were beaten, tortured, or they forced us to give them whatever fish we had from fishing in the sea. Even if we came back on time, they took away the big fish we had gotten.

We have big concerns about the coming election in 2020. In 2015, we lost the right to vote by the union government. It is not fair for Rohingya and Kaman. In 2020, the international community should advocate to the government to get us a chance to vote in a fair election for Rohingya. 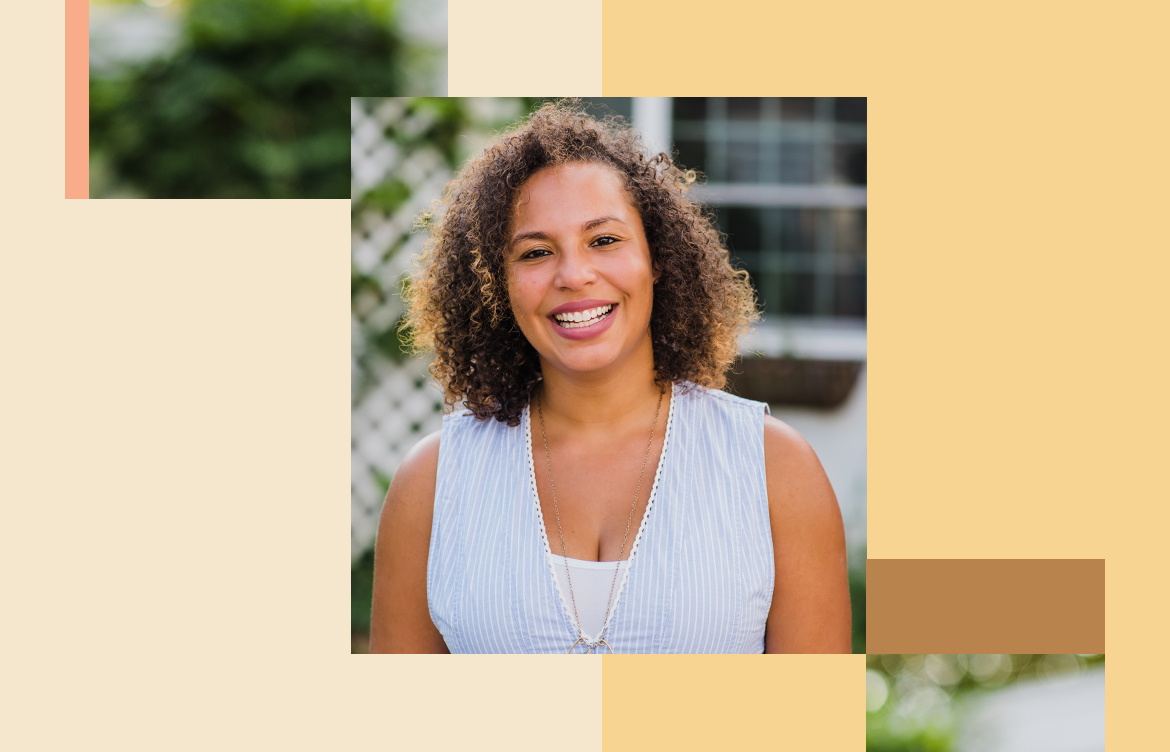