According to Amazon, how you speak is a useful indicator of your wellbeing, both emotionally and physically. Consequently, the Halo Band will monitor your tone to determine if you’re feeling positive enough to get through your day. Each morning, you’ll get a breakdown of your tonal patterns with tips on how to sound warmer, even when you’re having a teeth-gritting meeting with your boss.

In order to function, tone uses a recurrent neural network which looks for indicators on a person’s positivity, energy and tone. The intention is, over time, to find out your own tone patterns with the intention of helping you hear how you sound to others in certain situations. Amazon added that the speech samples are processed locally and never sent to the company’s cloud servers. It adds that you can block the Band’s listening by pressing a button on the watch for three seconds.

As for the app itself, it’s designed to help you identify and reduce your body fat percentage (BFP), which Amazon says is a better metric for health. Halo will apparently be able to produce a viable model of your body if you take a full-body selfie with your smartphone camera. The app will then create a 3D model to tell you your BFP, as well as a slider showing you what you’d look like if you lost, or gained, more weight. Amazon’s Maulik Majmudar, M.D says that its system is as accurate as a pricey examination at a doctors, something we look forward to testing.

Halo will also give you points to reward you for living well, and the more active you are, the more points you earn. So, for instance, if you walk everywhere you’ll get a certain quantity, but those who run everywhere will be earning several more points per day. You’ll also get sleep monitoring with a sleep score, and scientifically-backed challenges that’ll help you find a workout program that’s right for you.

Amazon isn’t doing this in isolation, either, and has teamed up with a number of partner companies including Headspace and WW (formerly Weight Watchers) as well as John Hancock Vitality. Apparently, the Halo Band will be the wearable of choice for Vitality members, which is offering three years of membership to selected subscribers.

Amazon Halo is currently in a testing phase and users in the US can request to be part of the trial by signing up here. The hardware is, for early adopters, priced at $65, with the regular price expected to rise to $100, while the monthly subscription will set you back $4 after an initial six-month trial period expires. People buying the band can get it in three colors: Black, Blush and Silver, with additional band colors available for between $15 and $20 a pop.

Nine detoxing foods that will cleanse your body naturally

Thu Oct 1 , 2020
Audrey Masitsa Certain foods have been known to enhance your body’s natural detoxification process (Photo: Shutterstock) Our bodies are well-equipped at getting rid of harmful toxins. Your digestive system, liver, kidneys, skin, respiratory tract and lymphatic system are all tasked with removing these toxins from your body. Since we are […] 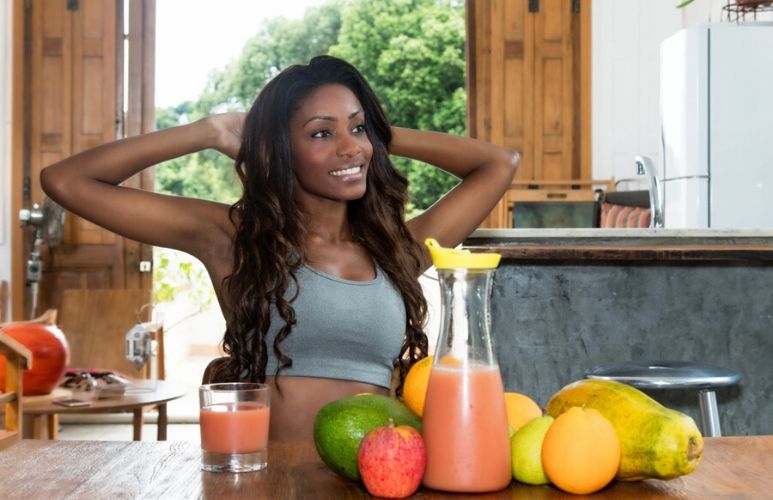