Pondering what to write this week, I was aided by other local op-ed writers, still suffering from Trump Derangement Syndrome.

If one read those columns, they’d think Donald Trump is the anti-Christ. One would also wonder when those writers became liberals. Listening to a corrupt mainstream media constantly railing against the president might do that to a person, I suppose. This is similar to people only reading the headlines, ignoring the story itself.

For the record, nobody ever said Trump was an eloquent individual. Most of us “Kool-Aid” drinkers, to use the words of one writer, plausibly understands this. As explained before, the Swamp needed a long-overdue cleansing. Nobody would hire an attorney to clean their septic tank.

With their Trump bashing, writers are pushing a “Beijing” Biden presidency, ignoring (among other factors) Biden’s diminishing mental faculties, which renders him incapable of stringing together two coherent sentences. Reading a teleprompter in an empty room was how he got through his acceptance speech at the “Dem Convention,” something a 13-year-old could do.

By the way, if Joe Biden has all the answers, why didn’t he tell Barack Obama during that eight-year fiasco?

Comprehend a Biden presidency. The man is terrified to come out of his basement. His replacement, KA-MALA Harris, is a far-left California loon, to put it nicely. Biden has about as much chance of keeping liberalism under check as I do of winning the Chicago Marathon.

Biden has been a Democrat throughout his 50 years on the government dole. Do we really want to give another career, swamp-dwelling politician the presidency? Ask yourself honestly, is this because of your TDS, or perhaps some other source of persuasion?

Beyond just Sleepy Joe, consider what the Democratic Party itself represents.

Recently, Democrat Nancy Pelosi was spotted in a hair salon, without mask. How often do you suppose Pelosi and her fellow Dems step out beyond the limitations they set for us peons? Dem Chicago Mayor Lightfoot had her ears lowered while demanding Chicagoans not go to salons. Gov. J.B. Pritzker shuttles between his Wisconsin ranch and Chicago mansion. Biden’s Democratic Party is all about “do as I say, not as I do,” just like any other socialistic government.

Remember Biden’s recent declaration? — “If you have a problem figuring out whether you’re for me or Trump, then you ain’t black.” Actually, he’s historically correct. Biden wrote the 1994 Crime Bill, credited to be part of the systemic racism whined systemically about today.

Inconceivably, the Democratic Party, the one of slavery, the Confederacy, Jim Crow Laws and the Ku Klux Klan, can rile up the black population every four years to vote for them in mass — then ignore them as Obama did until the next election. Perhaps LBJ was right.

Republican President Abraham Lincoln emancipated slaves, then was shot by a Democrat for his actions. His successor, Democrat Andrew Johnson, a slavery proponent, drug his feet on Reconstruction. Republicans enacted the 13th, 14th and 15th Amendments to guarantee blacks the equal rights of all Americans. When voted upon, the 14th and 15th Amendments didn’t receive one Democrat vote in the House or Senate.

In 1870, Republicans sent the first black man, Hiram Revels, to the Senate. Democrats got around to seating their first 123 years later with Carol Moseley Braun, of Illinois. Similarly, Republicans in the House seated their first black compatriot, Joseph Rainey in 1879. Sixty-four years later, Democrats caught up with Arthur Mitchell, from Illinois.

Amid this racial turmoil today, now would be a good time to remind you both Biden and Pelosi spoke eloquently of Ku Klux Klan member, past Exalted Cyclops and Democratic Sen. Robert Byrd at his funeral.

The Klan was an extension of the Democratic Party, much like ANTIFA and BLM is today. Why doesn’t BLM show up on the south side of Chicago next weekend to prevent more children from being shot? Perhaps it’s time African Americans consider changing what hasn’t worked out so well for them — overwhelmingly supporting Democrats — for the past 50 years.

Big city teacher unions, universities and education administrators are another limb of the Democrats. Due to the China bug, they deemed it unsafe for teachers to be in classrooms. One local teacher’s union from California included in its demands that the city of Los Angeles defund the police. This made as much sense as Pelosi adding pork on to financial COVID relief.

Farmers grow and harvest food, factories process food, truckers haul the food, numerous store employees handle the food — in the face of a supposed pandemic. This ensures the nation’s food supply remains intact. But, when it comes to teachers doing their job — teaching munchkins in a classroom setting, as opposed to this absurd e-learning method, teachers must stay protected? What about those millions of people who showed up to work daily to ensure teachers have something to eat? Or the soldiers, police and firemen protecting them? Or the parents whose schedules are upended trying to find suitable day care, attempting to balance jobs and children? It’s time for all educators and administrators to go back to work, not just those under-appreciated teachers in small districts.

There are 45 million Democrats in this country. Their platform, supported wholly by Biden, unequivocally backs abortion, including, incredibly, up to the time of birth. Biden plans on usurping Trump’s efforts at abortion curtailment. Nearly 2,000 babies per day are aborted in the U.S., folks. Who can possibly be OK with this?

How many Democrats are Catholic? I’d like to be a fly on the wall when those Catholic Dems justify their abortion stance to their maker. On social media, I ask Biden followers if they support killing babies. I’m always met with dead silence.

This presidential election is shaping up to be the most important in our lifetime. Never-Trumper Rhino’s should reevaluate their conservative values. And it’s time for people to think about why they are voting for a Democrat at all nationally.

Thu Oct 1 , 2020
The strike was supposed to include about 1,300 nurses, but a judge ruled that 525 who work in critical care couldn’t take part because it would endanger patients. CHICAGO — More than 800 nurses walked off the job Saturday at Chicago’s University of Illinois Hospital after the latest contract negotiations […] 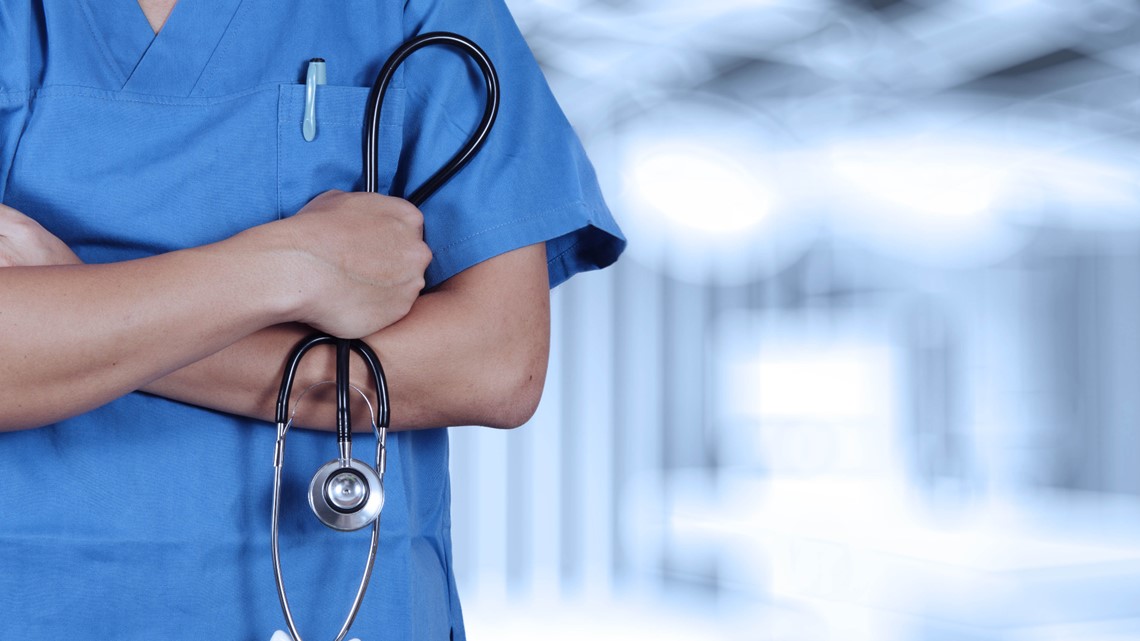