Before stay-at-home orders swept the globe, on any given Tuesday in downtown San Francisco, hundreds of mat-toting yogis streamed up Nob Hill in droves just after 6 p.m. to converge at the historic Grace Cathedral, a midcentury Episcopalian church the size of a football field where, in 1965, nearly 5,000 people attended Dr. Martin Luther King Jr.’s sermon, filling the church and spilling into the streets. Inside the French Gothic colossus, golden light from the setting sun flooded through stained glass windows; a small team of volunteers ushered practitioners as musicians warmed up sitars, harmoniums, or harps. Yoga mats were rolled out between pews and in walkways and corridors; those who arrived early secured coveted spots around the Cathedral’s indoor labyrinth—arranged around its centrifugal spiral like a kaleidoscope. Forty-four church bells rang and reverberated from the tower on the hour; waves of seven cascading Oms washed over a sea of blissfully embodied spiritual seekers.

Yoga is for Everyone

In the past 10 years, Grace Cathedral has attracted tens of thousands of practitioners from all over the world—an extraordinary assemblage of different racial backgrounds. “We’re pretty confident that before the pandemic, it was the largest continuous class anywhere in North America—and probably the Northern Hemisphere,” says Rev. Jude Harmon, who has overseen the cathedral’s growing mind-body offerings for the past eight years. “We recognize that yoga is more than an event, it’s a spiritual community in its own right,” he says.

The yoga program at Grace—called Yoga on the Labyrinth—dates back to the early aughts, but the robust and diverse community it enjoys today, according to Harmon, is mostly thanks to yoga teacher and author of Yoga and the Path of the Urban Mystic, Darren Main, who’s led weekly donation-based classes at Grace for the past decade. When Main took over in 2009, he incorporated universally resonant themes and programming focused on social justice and spiritual growth, bringing in live musicians like Egemen Sanli and post-class guest speakers like Shahla Ettefagh, founder of Mother Miracle (a non-profit that addresses social issues in Rishikesh), and Sadhvi Bhagawati Saraswatiji, director of the International Yoga Festival at Parmarth Niketan (an ashram in the Himalayas working to rehabilitate the Ganges River system). Harmon credits speakers such as these with drawing large crowds and attracting people of Indian and Southeast Asian descent. In recent years, he adds, the yoga program has seen a noticeable increase in Middle Eastern and BIPOC representation.

By 2015, single classes held upwards of 800 people. In recent years, they were capped at around 600. Up until the pandemic, which forced any yoga offerings online, classes followed the customary arc (opening, warmup, sequencing, peak pose, Savasana) and averaged $3–$4 per person, which meant that teachers, musicians, technical support, and administrative staff could be compensated for their time.

Grace’s yearly fall fundraiser, Yoga for Change, draws awareness to the cathedral’s socioeconomically diverse preschool and provides scholarships and funding to support children and families in the community. Proceeds from Yoga for Change have funded tuition assistance for two-thirds of preschool students from families in need. “One of the most important things that this program does is support immigrant families in the Bay Area who are working multiple jobs,” Harmon says.

Grace Cathedral is Episcopal, but its yoga program draws teachings from other traditions—such as Hinduism, Buddhism, and Judaism—to help send the message that yoga is for everyone, which is reflected in the community’s diversity. In fact, Yoga on the Labyrinth has attracted people from many religious affiliations including Hindus, Muslims, Jews, pagans, atheists, secularists, and agnostics—and converted yoga skeptics, including Charles Wienbar, a wheelchair user with multiple sclerosis, who fell in love with the practice after he first tried yoga at Grace.

“One agnostic friend said to me many years ago, ‘When you lay your head on the floor during yoga at Grace, you feel the spirit of the world,’” recalls Anné Jude Anderson, who has attended classes at Grace since 2012. Main is especially in awe of the community he’s helped cultivate through the practice: “Even after 10 years, it’s still an overwhelming experience to walk into such a magnificent space and see hundreds of yoga students of every age, race, physical ability, and religious background gathered together to share yoga,” he says.

From Inclusivity to Allyship

For nearly half a century, Grace has supported San Francisco’s homeless residents. Episcopal Community Services (ECS), a leading provider of homeless relief in the city, started as a small operation in the cathedral’s basement in 1983. The Grace and ECS collaboration has continued even during the pandemic through Dinner with Grace events that provide meals for those in need.

During the San Francisco HIV/AIDS epidemic of the early 1990s, Grace offered outreach and support to members of the LGBTQ community seeking spiritual solace, providing pastoral care from the church’s staff and clergy. After clergy and staff members were lost to the illness, the AIDS Interfaith Memorial Chapel, a dedicated space for members of the LGBTQ community, was erected. For the past 30 years, the Men of Grace group has functioned as a support group for anyone affected by HIV/AIDS.

Support like this continues through Grace’s yoga program, with post-class conversations and meetups like the Lavender Spirit group—a space for gay men to gather and discuss the convergence of sexuality and spirituality. Other community-building events, such as an annual “Spring Fling” as well as holiday gatherings around Easter and Christmas, have provided opportunities for yogis to mix, mingle, and share experiences. “It’s a magical community,” says Anderson, who was also married on the labyrinth in 2014. “The sense of acceptance and peace upon arriving to class is visceral.”

see also He Grew Up in a Homophobic Community. Here’s How Yoga Helped Him Find Peace

The Future of Grace

Though the cathedral remains closed to the public, it provides myriad virtual offerings—from livestream sermons on the California wildfires led by Rev. Heather Erickson to concerts with the Grace Cathedral Choir of Men and Boys, to virtual eucharist and coffee gatherings. Grace’s yoga program, too, has adapted online, with weekly dharma talks led by Harmon and Main on the cathedral’s Facebook Page and audio streaming of past Yoga on the Labyrinth classes. “One of the biggest challenges of this difficult time in history is that the things at once grounded us—meditation groups, religious services, support groups, and yoga classes—are no longer possible,” says Main. “This makes weathering COVID-19 that much more overwhelming; I personally feel it very acutely each Tuesday night when I would normally be teaching—but I’m incredibly grateful for the online community that has developed and flourished in the void left by COVID-19.”

“I really miss being inside the space itself—I also desperately miss seeing all the people,” says Anderson. “Soaking up the beautiful architecture is part of the spiritual experience of the class—there’s just no way to recreate it at home.” Anderson has been staying connected with the Yoga on the Labyrinth community through Facebook and Instagram, she says. “When it’s safe to do so, I can’t wait to get back to it,” she says. “I’m going to be generous in the hug department!”

During National Yoga Month this September, Grace is hosting a fundraiser in partnership with Yoga Journal to benefit the preschool in partnership with Yoga Journal. Join this very special restorative meditation and 30-minute asana practice taught by yoga instructor Darren Main, launching on September 29, at 4 p.m. PST on Yoga Journal’s Live Be Yoga site. Musician Egeman Sanli will fill the cathedral with a magical soundscape—at once entrancing, invigorating, and mystical. This will be an experience you’ll want to immerse yourself in again and again. Donations accepted in support of The Community Preschool.

And to highlight National Coming Out Day on October 11, Grace will offer its first livestream—and socially distanced—yoga class since the pandemic had paused the program. Stay tuned! 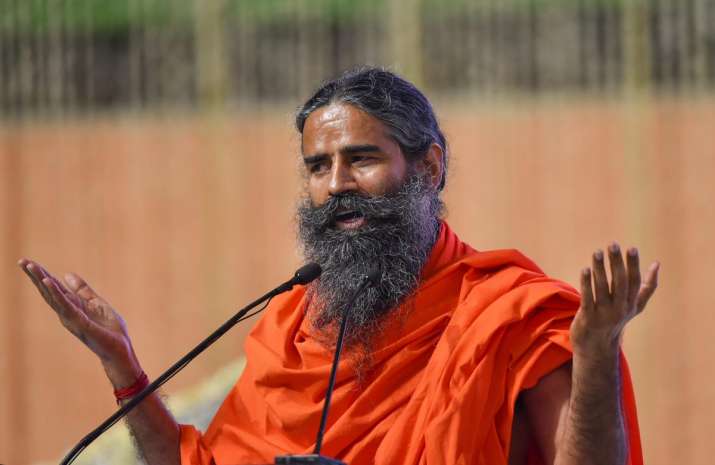