Yesterday’s announcement of the Nobel Prize in Physiology or Medicine looked similar to many previous years. Three senior male scientists were chosen for their contributions to a field of great scientific significance—the discovery of the Hepatitis C virus, the causative agent of blood-borne hepatitis. Hepatitis C infection is a major global health problem with an estimated 71 million cases of chronic hepatitis C virus infection around the world (World Health Organization) that can result in cirrhosis and liver cancer.

The work of Harvey J. Alter, MD, senior scholar at the Clinical Center’s Department of Transfusion Medicine at the National Institutes of Health (NIH) and one of the three 2020 Nobelists, demonstrated that an unknown virus was a common cause of chronic hepatitis. The lab of Michael Houghton, PhD, professor in the department of medical microbiology & immunology at the University of Alberta in Canada, isolated the genome of the virus. Alter and Houghton split the Albert Lasker Clinical Medical Research Award in 2000 for their work. And the work headed by Charles M. Rice, PhD, professor at the Rockefeller University in New York City, who won the Lasker award in 2016, showed that Hepatitis C virus alone could cause hepatitis.

In this highly exceptional year, where conversation about virology has moved out of textbooks and classrooms to every dinner table around the world, the topic could not be more germane. From many angles, the Nobel Prize announcement looked similar to previous years. Three male scientists were chosen for their landmark discoveries and contributions to a field of great scientific significance. But look a little more closely, the conversation that followed after the early morning phone calls felt a little different.

Team science for the wins

There was genuine speculation early yesterday as to whether the Nobel announcement would go smoothly. Jason Sheltzer, PhD, fellow at Cold Spring Harbor Laboratory, noted on Twitter that Houghton had previously declined to accept the renowned Gairdner Prize in 2013, a Canadian award considered to be a precursor to the Nobel. The reason? The Gairdner award committee didn’t include two colleagues whom Houghton felt had made key contributions to the discovery.

In his statement from 2013 published on the University of Alberta website, he notes, “I felt that it would be unfair of me to accept this award without the inclusion of two colleagues, Dr. Qui-Lim Choo and Dr. George Kuo. The three of us worked closely together for almost seven years to discover this very elusive and challenging virus using a novel approach in the field of infectious disease. Together, we then went on to develop blood tests that protected the global blood supply, to identify new drug targets that led to the development of new potent therapeutics and to obtain the first evidence for a protective vaccine.”

But Houghton accepted the Nobel Prize, citing during a conference call with the press that he thought it would be “really too presumptuous of me to turn down a Nobel.” He adds that, “their regulations and their processes are based on Alfred Nobel’s will, and I don’t think it’s feasible to discuss that kind of thing with them.”

In an interview with Rice conducted shortly after he hung up the phone call from Stockholm, he stated that his research has been a community effort with people generous with ideas and reagents. It is, he added, “a success story for team science.” Bringing this full circle, he notes that the collaborative work in the Hepatitis C field has been followed up by the work going on with the pandemic with “the number of groups that have stepped up to the plate to work on SARS-CoV-2 and the pace at which new discoveries are being made.” The pandemic is “changing the way that science is done,” he said. It shows what can be done if people work together and bring different expertise to a common problem.

Alter said that the call from Stockholm was “the best alarm clock” he’s ever had—after admitting that it took three calls until he “got up angrily to answer it.” He also acknowledged that the accomplishment was the work of a lot of people.

Another slight deviation from the norm this year was that Houghton worked with colleagues at the blood diagnostics company Chiron (now Novartis) during his seminal work on the identification of the hepatitis C virus. Steven Dickman, CEO of CBT Advisors, pointed out on Twitter how rare it is for the prize in physiology or medicine to be handed to someone in a biotechnology company. Although unusual, a prior instance occurred recently when William C. Campbell, PhD, won in 2015 for the discovery of the anti-parasitic drug ivermectin—a treatment for the debilitating diseases of river blindness and lymphatic filariasis—while working at Merck & Co.

For many, the Nobel Prizes are fraught with issues. First and foremost, the overwhelming numbers of white, male Nobelists does not represent the diversity that is present among top scientists making important discoveries around the world. Indeed, only 12 women have been awarded the prize in physiology or medicine. Ever.

And, the recognition of one person for work that was done over many years, by many people, is not representative of the teamwork that is a hallmark of scientific progress.

But the attention that the winners gave to their colleagues, their teams, and the community, was a welcome message this year. And, with the majority of 2020 spent worrying about a virus, a celebration of decades of beautiful work that has inevitably paved a path for today’s virologists, was a welcome respite.

Thu Oct 8 , 2020
RALEIGH, N.C. (WNCN) — Nursing homes across the state continue to face staffing issues with nearly 30 percent of those responding to a government survey reporting critical employee shortages even as their occupancy rates dipped slightly, a CBS17.com data analysis found. CBS17.com reviewed data Wednesday released by the Centers for […] 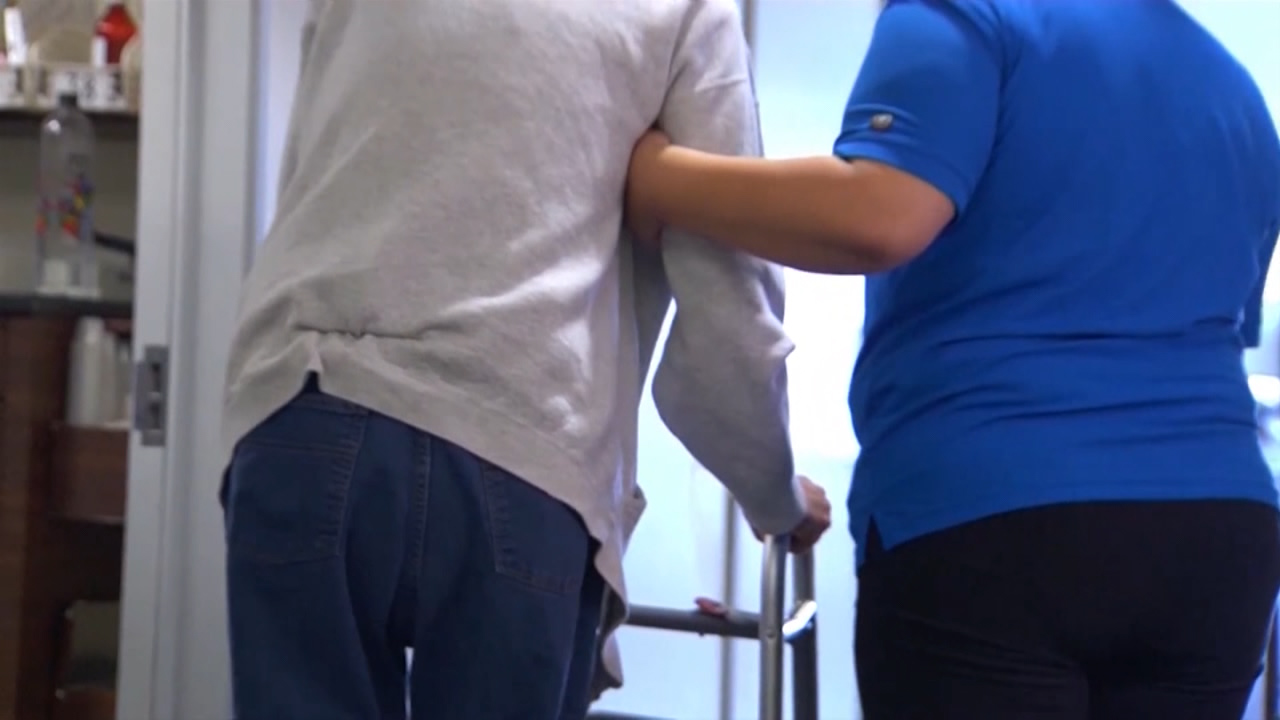 All The Most Effective Pet Care