A lot happened on the road to that moment when the UN Human Rights Council in Geneva, voted on October 6th, voted to renew the term of the Independent International Fact-Finding Mission on Venezuela for two more years, and to continue investigating after the demolishing report on their first year, about the magnitude of crimes against humanity, tortures, and extrajudicial killings.

First we had the “peace zones,” an idea put forward by José Vicente Rangel Ávalos, former vice minister of Civil Safety for the Internal Affairs Ministry, which assumed that gangs would hand in their weapons and move to legal activities if they were given territory and immunity. Then the rise of “mega gangs”, that would allow those peace zones in cities, on the coast of Miranda State or from their hideouts in the central plains, to kidnap, hold up trucks, sell drugs, take over towns and entire neighborhoods, and kill not just regular citizens, but also law enforcement agents.

Between 2014 and 2015, those gangs murdered police and military officers, they burned their cars, they attacked stations, they defied them in videos, and they got away with everything over and over again. They shot the Sports Minister’s motorcade as it drove by La Cota 905, in Caracas’ southwest, and the same thing happened to the vice minister of Civil Safety not far from there, in El Cementerio neighborhood. One of the gang leaders, known as El Picure, was the subject of a long manhunt that ended in his death, in one of his hideouts in Guárico State. Another one, El Coqui, is still harassing law enforcement from his stronghold up in the slums of La Cota 905.

In 2015, even the Attorney General’s Office was registering a record increase in homicides, at a rate that even they stated would reach 58 per 100,000 residents that year. The resources for the chavista patronage were fading and the opposition was headed towards their parliamentary victory in December. Law enforcement agencies were constantly humiliated by criminals that were better equipped and armed, like it happens in Mexico. Maduro’s regime understood they had a problem and they came up with a “solution”. In June of that year, with the name Operación de Liberación del Pueblo (OLP), a series of armed raids in certain poor neighborhoods spreaded a pattern of extrajudicial killings with a lot of history in Venezuela: “Death by confrontation.” Police, military, and colectivos took the offensive against gangs and took the opportunity to subdue a population that wasn’t expected to be appeased by petrodollars.

When the regime pushed forward in their war against mega bands, and migration also encouraged some criminals to leave the country, the time came to move to the next level, using Colombian paramilitaries as the excuse. An idea that floated around Army circles since 2016 began to take shape under the direct command of certain civilians with strong chavista alliances, such as the former policeman Freddy Bernal. So the Fuerzas de Acciones Especiales was born. Its acronym, FAES, is known by everyone in Venezuela today and it became a synonym of the Maduro regime, a symbol of these years the same way the chácharos were a synonym of Juan Vicente Gómez’s 27-year-long dictatorship, and the Seguridad Nacional of Marcos Pérez Jiménez’s regime in the 1950s. They’re the lead actors in reports published by the United Nations High Commissioner for Human Rights Michelle Bachelet, who has asked for the FAES to be disbanded, also featuring, of course, in the 411-page report by the UNHRC’s Independent International Fact-Finding Mission.

Ronna has felt a neutral, and even positive perception to the extrajudicial killings by the FAES and the OLP before them, coming from certain parts of Venezuelan society.

All through these events, dead bodies have been piling up by the thousands, executed in a country without a death penalty. The pages in human rights reports inside and outside of Venezuela accumulate by the hundreds. Tens of stories that have come out in the media, of humble households where policemen open up almost empty fridges and take the few things they find, while the body of their victim still bleeds on the ground and the mother of the victim’s screams can be heard all over the neighborhood.

What isn’t registered by the thousands, hundreds, or even tens, are the complaints by the sectors who don’t directly suffer this violence.

Investigative reporter Ronna Rísquez has dealt with this topic for years, when she was editor of the Spanish version of Insight Crime, and especially from the project Monitor de Víctimas. Ronna has felt a neutral, and even positive perception to the extrajudicial killings by the FAES and the OLP before them, coming from certain parts of Venezuelan society: “Particularly in the middle and upper classes. Among professionals. Even colleagues. Some polls registered the ‘popularity’ of these raids at the time.” The law enforcement agencies who execute these death penalties without a trial or legal foundation, are the same ones who kill protesters on the streets and then torture political prisoners, their pets, their families; but there are people who will condemn these actions on Twitter and applaud extrajudicial executions. “There are over 19,000 cases of ‘resisting authority’ between 2016 and 2019,” Rísquez says. “It’s incredible how people who are aware of human rights violations, absence of justice and tortures in Venezuela, would support the OLP or the FAES raids.”

Since there’s still a high rate of objection towards the abuse from the FAES and other law enforcement agencies when it comes to quashing protests or taking advantage of fuel and food shortages, these security forces know how to use social media and have succeeded in provoking reactions to videos of criminals bragging about their firepower. You only have to read the comments section on these videos of unknown origin. Or tweets by “influencers” which treat both the repressive forces and the criminals they claim to fight like a plague, or a disease.

“Any image going around in social media about an alleged gang or armed group of youngsters sparks anger,” Rísquez says. “They make people feel that the only way out is killing them. Immediately, they all express their desire to see these people dead, taken out, gunned down. This is terrible because without realizing it, we’re endorsing a culture that solves its problems with death: the policeman has the idea that the way to deal with the lack of public safety is by killing criminals; the criminals feel that their lives are worthless and the lives of others even less so, and that’s why they kill for a pair of shoes; and the worst thing is that the middle class and professionals also believe that the solution is to kill… Nobody bothers to verify the video, if the people in it really have police records or warrants. If the mentioned gang even exists. No one asks where that video or photo came from, how it went viral, how a journalist had access to it… It’s important to know if they got them from the alleged criminals’ social media or if someone, maybe a police officer, leaked them. And if so, what was the intent.”

In 2019, a video of a man handing his gun to his small son for him to play with, was circulating on social media. People demanded the death of the man on Twitter and the regime announced he was killed in a shootout with the police, two days after the video came out. Such perfect timing. Something similar happened when a video of a gang posing with their assault rifles on the main street of a village was posted. A couple of days later the death of several of those gang members was announced, and the security forces were applauded on social media. “Very swiftly,” says Ronna, “the police, who hasn’t been able to stop El Coqui in six years, for example, would track down these ‘thugs’ and unfortunately they had to be killed because they would fight back. This kind of efficiency, in a country which has an impunity rate of 98%, is very suspicious.”

The enemy wouldn’t be capitalism, the empire, or the bourgeoisie anymore, it would be the poor, whom they see now as a sort of ungrateful, unfaithful, dangerous group.

Keymer Ávila, one of the most important researchers from the Universidad Central de Venezuela when it comes to abuse from security forces in Venezuela, says that one of the great political and ideological achievements of this regime has been creating “certain authoritarian, racist, and classist consensus in the country. The enemy wouldn’t be capitalism, the empire, or the bourgeoisie anymore, it would be the poor, whom they see now as a sort of ungrateful, unfaithful, dangerous group, who despite of the ‘wonderful government policies,’ still end up as delinquents, an ‘obstacle for the revolution’ in Marxist terms: the lumpen, the underclass. It’s about a scapegoat in which all the social evils meet, offered as a sacrifice in a time of crisis.”

For Ávila, it’s essential to understand that it’s not just about FAES, they just happen to be the most visible group in a network of organizations who are among the most lethal in the world. 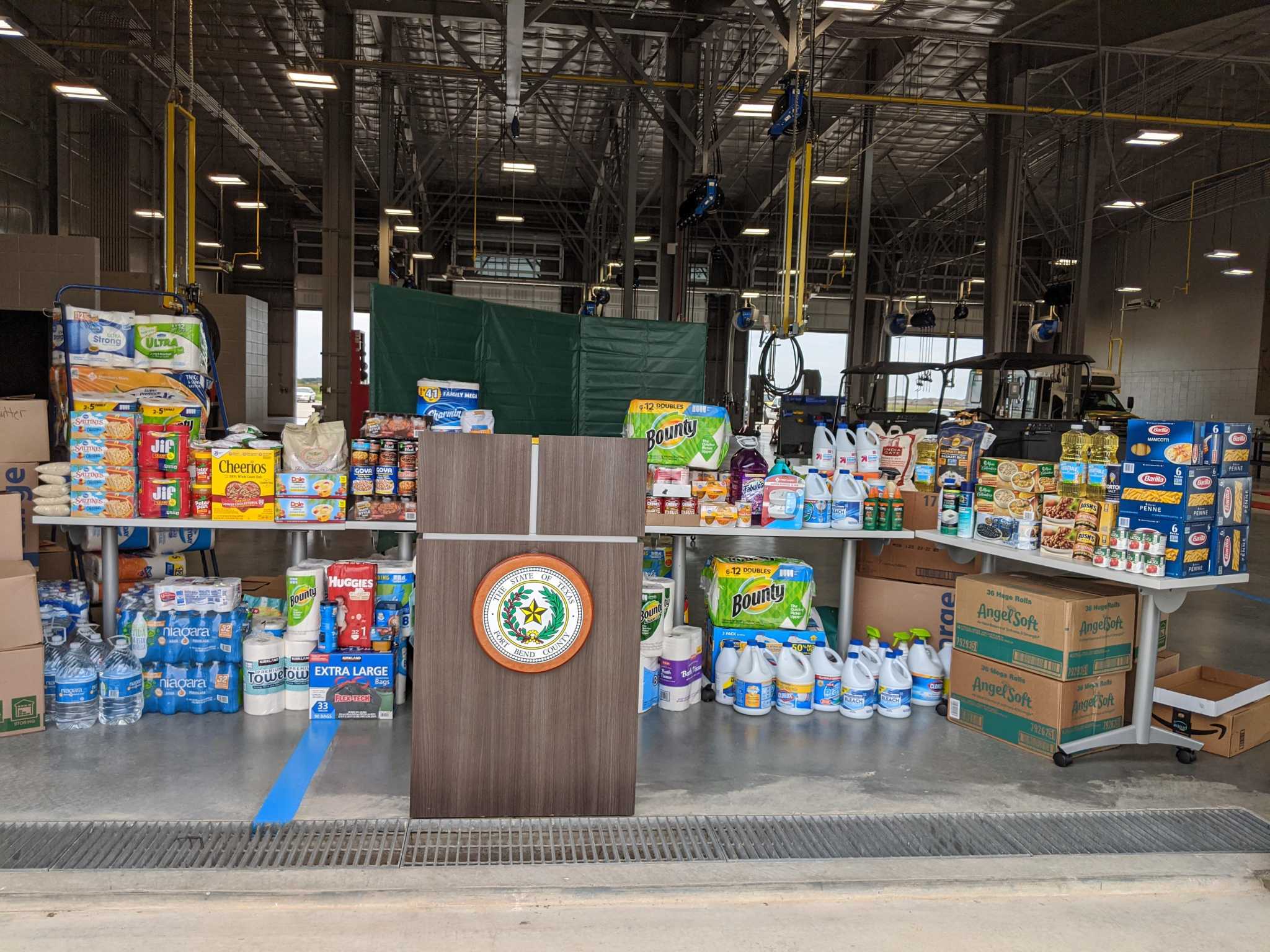